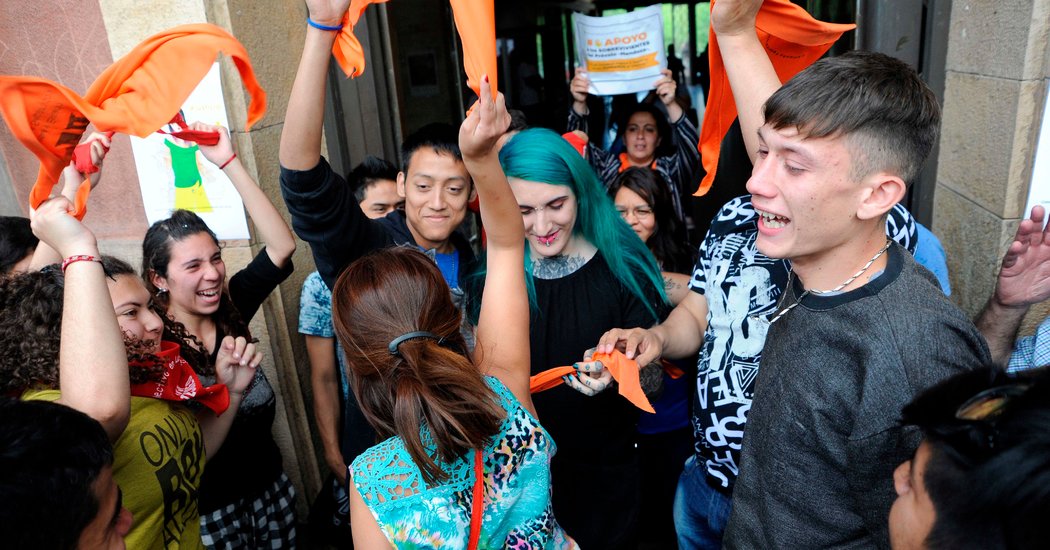 BUENOS AIRES — An Argentine court convicted two Catholic priests and a former gardener of sexually abusing deaf children at a church-run school in Mendoza on Monday, in a case that has been closely watched in part because it took place in the homeland of Pope Francis.

One of the defendants, the Rev. Nicola Bruno Corradi Soliman, is an Italian priest. He served as the director of the Provolo Institute in Mendoza — which ran the school — despite having faced previous accusations of sexual abuse at the organization’s facilities in Verona, Italy, and in La Plata, Argentina.

The three defendants had each faced numerous charges and had been in prison or under house arrest since the allegations came to light three years ago. Mr. Corbacho was the only one of the three to testify; he denied the charges, and the other two defendants did not testify, according to Gustavo Stroppiana, the prosecutor in the case.

An attorney for the three defendants, Alicia Arlotta, declined to comment on Monday. “I have decided not to issue any opinions of any nature, which is what I’ve done since I’ve been in charge of the defense,” she said in a WhatsApp message.

Nine of the 10 victims attended Monday’s proceeding, said Oscar Barrera, a lawyer for some of the victims. In testimony, victims said they were assaulted when they were students, from 2005 to 2016, at the now-shuttered school in Luján de Cuyo, near the city of Mendoza, lawyers for the victims said. They are now in their teens or 20s.

Mr. Stroppiana said in an interview on Monday that “we are satisfied with the sentence.”

“Due to this sentence it is likely that other people who were victims will decide to come forward,” Mr. Stroppiana said.

Mr. Barrera accused the church of hindering the investigation into the abuse. But he said in an interview on Monday that his clients were pleased with the lengthy sentences.

“There is relief, a sense of peace for these kids, who are now satisfied somebody believed their story,” he said.

In a statement on Monday, the office of the Archdiocese of Mendoza pledged to work to prevent abuse of the vulnerable and to promote transparency.

“As a church, we want to express again our solidarity and closeness to the victims and their families,” the statement said. “What they recounted has horrified all of Mendoza.”

Church officials, including Pope Francis, were made aware of allegations against Mr. Corradi as early as 2014, but the church did not begin an investigation until after he was arrested in 2017, according to The Washington Post.

Sergio Salinas, a lawyer for several victims, called for Pope Francis to “make a public apology.”

“The Church has not acted honorably in this case,” Mr. Salinas said in an interview on Monday.

“It hasn’t just failed to give evidence, it has hidden information,” Mr. Salinas said. “It has failed to recognize the facts and has mocked the victims by not recognizing them as such and saying that their testimony is unbelievable.”

Efforts to reach the Vatican’s representatives on Monday were unsuccessful.

Two trials related to abuse at the Mendoza institute are expected to take place next year, Mr. Salinas said. One trial involves the legal representative of the institute, directors of the school, a psychologist, a cook and a nun who are accused of failing to stop the abuse. Another involves a Japanese nun, Kumiko Kosaka, who is currently being held in pretrial detention and is accused of helping to cover up the crimes. (She has previously said she is innocent, according to Mr. Stroppiana.)

Another case is expected to start next year involving alleged abuse that took place in the Provolo Institute in La Plata, near Buenos Aires, before Mr. Corradi was transferred to Mendoza in the late 1990s, Mr. Salinas said. Three victims have come forward in that case, but Mr. Salinas said he believes the real number of victims is much larger. Three people, including Mr. Corradi, have been charged.

In a separate case, Bishop Gustavo Zanchetta was due to arrive in Argentina on Tuesday, according to The Associated Press, to respond to allegations that he sexually abused two seminarians. He has denied the charges.

Before he began his papacy in 2013, Pope Francis had worked with Mr. Zanchetta in Argentina, according to The Washington Post. Mr. Zanchetta was one of the pope’s first appointments, becoming the bishop of Orán in northern Argentina in 2013, the news organization reported. He left that position in 2017, amid misconduct allegations, and was given a newly created role inside the Vatican.