KABUL, Afghanistan — The 14-year-old Afghan boy said his teacher had asked him for “a little favor” in return for not failing him on his final exams. Then the man took him to the school library, locked the door and raped him, the boy said.

At the same school, a 17-year-old boy reported similar treatment from the school’s principal. He said the man had threatened to kill him if he told anyone.

But the boys did talk, giving their accounts to a child advocacy group in their province and repeating them later in interviews with The New York Times. The advocacy group discovered that those two boys were not the only victims. From just three schools in one area of Logar Province, south of the Afghan capital, the group said it had taken statements from 165 boys who said they had been sexually abused at their schools, or by local officials they went to for help.

Now, Afghanistan is again caught up in discussion of rampant sexual abuse of children, and of a deep reluctance by many officials to deal with the issue at all. 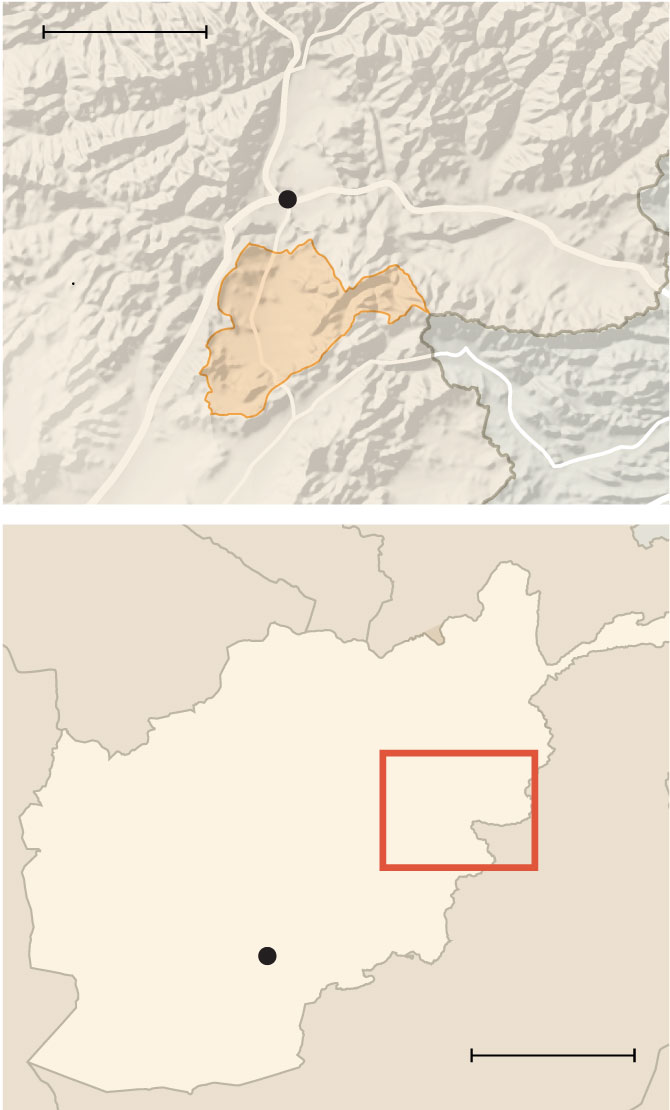 After talking with the TOLO news channel about the investigation, the leader of the Logar advocacy group, Mohammad Musa, and a colleague, Ehsanullah Hamidi, were detained by Afghanistan’s national intelligence agency late last week, the group says.

On Monday, former President Hamid Karzai said that if verified, the detention of Mr. Musa by the intelligence agency was “a very wrong thing.”

A spokesman for the National Directorate of Security declined to comment Monday. Mr. Musa has not been reachable for comment since late Thursday.

Robert A. Destro, the assistant secretary of state, said on Twitter that the United States was closely following the case and was “greatly concerned.” He called on the Afghan government “to take action to protect survivors and bring perpetrators to justice.”

It is unclear whether the cases at the three schools are related. But the prevalence of systematic sexual abuse of boys in Afghanistan has been a problem for generations. Bacha bazi — it means boy play — is common among men in powerful positions who keep boys as sex slaves. Bacha bazi boys are forced to dress as girls and to dance for men before being raped. Sometimes the boys are prostituted to the highest bidder.

In an interview with The New York Times this month, Mr. Musa said that his group — the Logar Youth, Social and Civil Institution — began intensively investigating after a troubling Facebook post in May that showed men with boys in sexual positions. One video provided by the group shows a teenage boy dancing barefoot for about two dozen men who stand or sit in a circle around him.

The post came down quickly, Mr. Musa said, but the group was able to preserve many of the images. Some of the boys were recognizable, and had complained of sexual abuse before, he said.

The Logar group began methodically talking to students in the area, finding dozens who said they had been raped. Many of their accounts were confirmed by teachers or other people in the area, who along with four of the boys were also interviewed by The Times.

As the accounts unfolded, at least seven boys who said they had been raped were found dead, Mr. Musa said, most likely at the hands of their own families.

Mr. Musa said that the advocacy group took the boys’ statements to Logar provincial police, but that no action was taken. He said several boys who had agreed to be questioned by the police were subsequently raped by officers.

Shapoor Ahmadzai, a spokesman for the Logar provincial police, said the accusations were false. “Nobody has come to the police for rape cases,” he said. “It’s just rumors.”

The Logar provincial governor, Mohammad Anwar Ashaqzai, said officials were examining boys’ statements provided by the advocacy group. He said he was not aware of any rapes in the province’s schools.

“If we find these documents are incomplete and they are fake, then those who are involved will face the law and should be punished,” Mr. Ashaqzai said.

Still, in response to the group’s accusations, the Ministry of Education in Kabul said on Nov. 14 that it was sending a delegation to the province to investigate.

In Logar, Shafiullah Afghanzai, the executive officer of Hamid Karzai high school, where the 14-year-old and the 17-year-old said they had been raped, told The Times that the school’s headmaster had been transferred to another district earlier this year after he was accused of sexually assaulting a boy.

Mr. Afghanzai said boys had also been raped by teachers at two other schools in the province. He said three boys who had reported rapes were later killed by the Taliban, who condemn the sexual abuse as anti-Islamic.

“If they get evidence that teachers were involved, they will hang them,” Mr. Afghanzai said of the militants.

A Taliban spokesman did not respond to requests for comment.

Hassibullah Stanikzai, the head of the Logar provincial council, said the bodies of several boys had been found in areas of Logar under Taliban control. But he said there was no evidence that their deaths were related to sexual assault.

A teacher at one school in Logar, who asked to be identified only by his first name, Hamid, said he had spoken to 13 boys who said they had been raped by teachers there. He said the families of three of those boys had moved away to avoid the social stigma of rape, especially after images were posted on Facebook.

“It’s a crisis,” Hamid said. “We want to do something to stop this mafia, but we don’t know what to do.”

Mr. Musa, of the advocacy group, said 25 families abandoned their homes in shame after their sons said they had been raped. In some cases, he said, the boys’ faces had been visible in images on the anonymous Facebook page before it was taken down.

In several cases, boys had been banished from home by their fathers, Mr. Musa said.

“We don’t trust anyone, neither the Taliban nor the government,” Mr. Musa said. One school is in an area contested by the Taliban, and two are in government-controlled areas. Wakil Kaliwal, the head of the education department in Logar, said there were perhaps one or two cases of student rape in the province’s schools but no epidemic of sexual assault. He said the principal at Hamid Karzai high school had been transferred for beating a boy but also had been accused of raping another boy.

Mr. Kaliwal added, referring to sexual assaults of boys: “It is an issue across the country and Logar isn’t exceptional.”

Mohammad Qasim Sediqqi, a member of the Logar provincial council, said there was no evidence of widespread rape in schools. “Maybe there are one or two cases, because this is Afghanistan and crime exists everywhere,” he said.

President Ashraf Ghani, who is from Logar, promised in 2015 to crack down on bacha bazi. But pederasty is still widely tolerated in Afghan culture, and prosecutions of men who sexually assault boys are rare.

An investigation by The New York Times in 2015 found widespread sexual assault of boys by the Afghan security forces or others in power, and that the American military was reluctant to intervene. The article reported that an American captain was relieved of command and a first sergeant was pressured to retire after they confronted and shoved an Afghan militia commander who had raped a boy. That article led to a report by the Special Inspector General for Afghan Reconstruction on the military’s reticence to confront the abuse.

Afghanistan made bacha bazi and related offenses violations of the national criminal code in May 2017. The penalty for violating the code is up to three years in prison — three to five years if the dancing is “a public event.” If a teacher, instructor or “superior in any way is involved,” the penalty is five years in prison.

But Charu Lata Hogg, executive director of All Survivors Project, a human rights group based in Liechtenstein, said the group interviewed 24 male rape victims in four Afghan provinces, not including Logar.

“We found that sexual violence against boys and young men is pervasive and happens within communities, police checkpoints and in detention settings,” Ms. Hogg said.

She said her group welcomed the 2017 laws, but she added that the authorities must “apply the law and hold perpetrators to account.”

In a 2018 report, the United Nations documented 78 cases of sexual assault against boys in Afghanistan, adding, “Impunity for perpetrators remains a serious challenge.”

Shaharzad Akbar, chair of the Afghanistan Independent Human Rights Commission, called on the authorities to investigate the Logar allegations and prosecute anyone involved. She asked government officials to protect members of the advocacy group and refrain from “the language of fear and intimidation.”

Amnesty International warned that the two detained rights activists were at risk of torture “and other ill-treatment” as long as they remained in custody.

Lyla Lynn Schwartz, who counsels victims of trauma in Afghanistan, including rape, said Afghan boys raped by men often suffer extreme emotional and psychological distress, often for the rest of their lives. The victims are often ostracized, or even attacked, by their family members over a perceived dishonor.

The 17-year-old from Hamid Karzai high school said in an interview that he was left homeless after his father banished him. He said he no longer attends school.

Reporting was contributed by Farooq Jan Mangal from Khost, Afghanistan, and by a New York Times journalist from Logar Province.