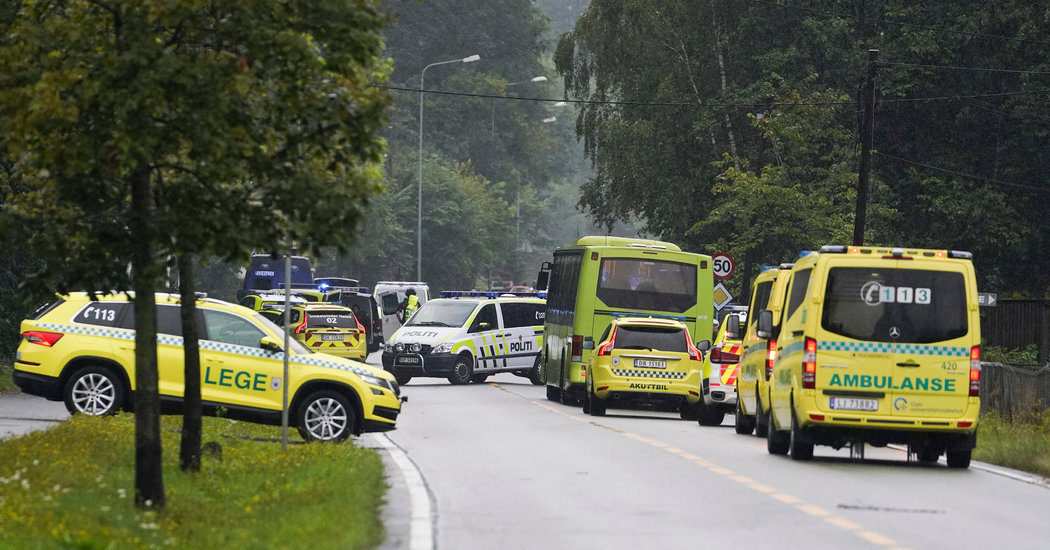 OSLO — A worshiper thwarted an attack on a mosque Saturday by a young man wearing a helmet and body armor, according to Norwegian authorities and a witness. Hours later, police said they found a dead woman at a home linked to the assailant.

When police made their way into a home where the suspect once lived, they found the body of a young woman.

“He is indicted for murder,” said Rune Skjold, a police spokesman.

During the mosque attack, the suspect was overpowered by a 75-year-old member of the congregation who sustained light injuries, said Irfan Mushtaq, a former director of the al-Noor Islamic Centre mosque and a board member who witnessed it.

“The man carried two shotgun-like weapons and a pistol,” and was wearing body armor, a helmet and black clothes, Mr. Mushtaq told Norwegian televisionTV2. “He broke through a glass door and fired shots.”

Only three people were in the mosque at the time, at about 4 p.m. local time. But if he had arrived earlier during prayers, the attacker could have hurt many more people, he said.

Police said they were aware of online posts linked to the suspect, whose name has not been released. About two hours before the attack, a post appeared on 8chan, the message board that had hosted the anti-immigrant manifesto of the man accused of the El Paso shooting. The post raised questions of whether it could have been written by the shooting suspect.

“Well cobblers it’s my time,” the post began in English, ending with the Norwegian phrase “valhall venter” or “heaven awaits.”

Mr. Skjold said the authorities had no evidence that the suspect belonged any kind of network of extremists, but were prepared for the possibility that the attack was terror related. He told public broadcaster NRK that the suspect had been known to police, without elaborating.

After the attack, a police special unit and bomb detecting unit went to the address connected to the suspect, the newspaper VG reported.

The local newspaper Budstikka reported in March that the mosque had taken new security measures like introducing ID cards to enter after attacks that killed more than 50 people at two New Zealand mosques in March.

In 2011, Anders Behring Breivik killed eight people with a bomb at a government building in central Oslo and then fatally shot 69 people at a summer camp on the island of Utoya. He claimed that he had been on a “martyr operation” to stop a Muslim invasion of Europe.