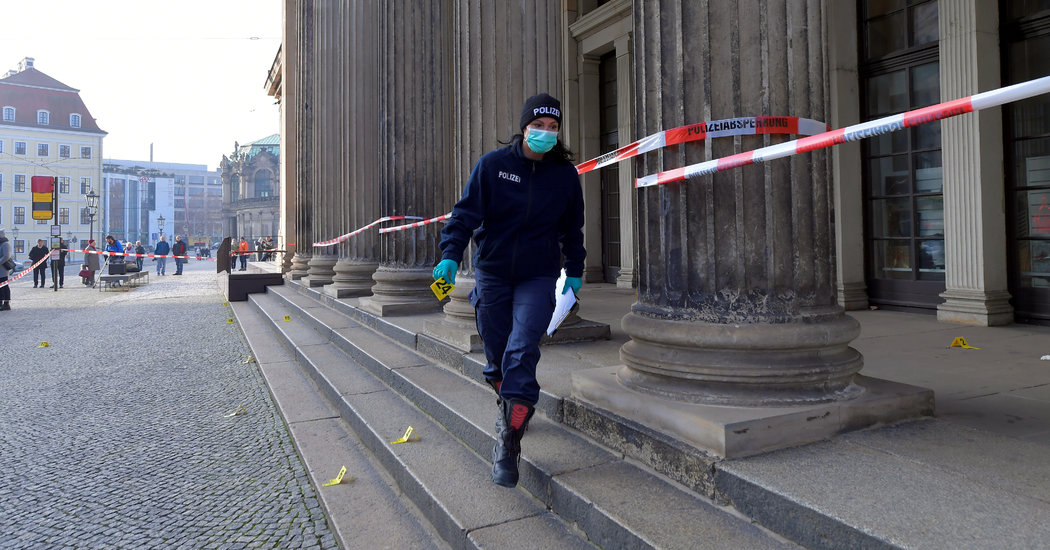 BERLIN — Thieves broke into a room in a museum in Dresden, Germany, on Monday that was filled with baroque treasures, stealing historical artifacts collected by Saxon kings that the authorities estimated could be worth millions of dollars.

The room at the Royal Palace, known as the Grünes Gewölbe, or Green Vault, held 3,000 individual objects, including jewels and precious objects made of gold, crystal and diamonds that were gathered by August the Strong, a 17th-century ruler of the kingdom of Saxony. It is a centerpiece of the collection held by a consortium of museums known as the Staatliche Kunstsammlungen.

“Not only have the Staatliche Kunstsammlungen been robbed, but also we Saxons!” Michael Kretschmer, the state governor, wrote on Twitter. “The history of Saxony cannot be understood without the Grünes Gewölbe. The treasures found here have been acquired by the people of our state for years.”

The police in Dresden police could not immediately confirm what had been stolen, or how the break-in had occurred, saying that an investigation had been opened.

Firefighters were called to an electrical fire on the August Bridge on Monday morning, according to local news media, and the reports raised suspicions that the blaze may have been set deliberately to affect the nearby museum’s power supply.

A distributor had to be manually shut off because of the fire, according to Claudia Kuba of Drewag, the electricity supplier for Dresden, who said that the call from firefighters came at 5:53 a.m. on Monday. The shutdown had the effect of leaving some customers in the area without power, although it was not clear whether the museum had been affected.

At least one of the permanent exhibition’s treasures was not stolen. A flawless, 41-carat gem, the “Dresden Green Diamond,” is on loan to the Metropolitan Museum of Art in New York, for the “Making Marvels: Science and Splendor at the Courts of Europe” exhibition slated to start Monday.

A sign posted outside of the Dresden museum and on its website said that it would be closed on Monday for “organizational reasons,” but gave no further details.