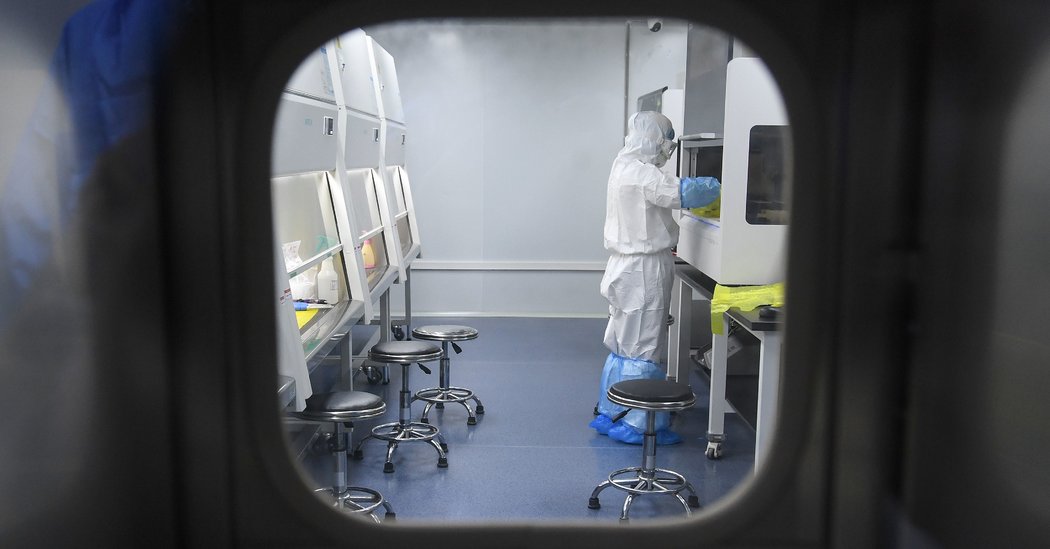 Dr. Zhang Xiaochun, who works in a hospital in Wuhan, was in dismay. Her patient had been running a fever for nine days, and a CT scan showed signs of pneumonia — symptoms of the new coronavirus sweeping across the central Chinese city.

But a test to confirm the diagnosis would take at least two days. To Dr. Zhang, that meant a delay in isolating her patient — and getting potentially lifesaving treatment.

This past week, Dr. Zhang started a social media campaign with an urgent call to simplify screening for the new coronavirus. It was an unusually public effort that quickly found support among public health experts and the government as China grapples with one of the deadliest epidemics in its recent history.

“The purpose is to isolate and treat quickly,” Dr. Zhang said in a telephone interview. “It amounts to extraordinary measures taken in extraordinary times.”

The new coronavirus has sickened more than 37,000 people and killed more than 800 people in China. Hardest hit are the residents of the outbreak’s epicenter, Wuhan, and the surrounding province of Hubei. Hospitals are overwhelmed and medical supplies are scarce, leading to delays in treatment for thousands of people.

A major bottleneck has been a shortage of nucleic acid testing kits used to confirm the presence of the coronavirus. So Dr. Zhang proposed that doctors could first use CT scans to detect pneumonia and quickly isolate and treat patients who have it.

CT scans are convenient and can produce immediate results, Dr. Zhang said. Experts say people infected with the coronavirus would be likely to have lesions in both lungs.

Two days after Dr. Zhang posted her proposal online, the Chinese government issued the fifth and latest edition of its national diagnosis and treatment plan. It included a significant change: Doctors in Hubei Province should use CT scans to make a clinical diagnosis of suspected coronavirus infections. The testing kits would then be used to confirm the coronavirus infection.

The government’s decision to modify the protocol, unusual in its swiftness, underscored the pressure it is under, particularly in Hubei’s capital, Wuhan, a city of 11 million where pleas from residents desperate for medical help have caused widespread public anger. The vast majority of deaths in China from the coronavirus have been recorded in Wuhan.

Dr. Joe Chang, a specialist at the department of radiation oncology at MD Anderson Cancer Center in Houston, said the use of CT scans to screen patients in Hubei made sense.

“The issue now is the number of patients,” he said. “No country can be prepared for these kinds of numbers.”

In Wuhan, long lines of people snake around the city’s hospitals, and many residents with fevers, coughs and other symptoms of the virus say they can’t get tested.

Yuan Xiuhua, a 49-year-old Wuhan resident, came down with a fever on Jan. 22 and went to a hospital, where CT scans showed lesions in her lungs. She has repeatedly asked her community district, which prioritizes who gets tested for the coronavirus, to give her one, but was told that because there were too many possible cases, she was better off isolating herself at home. Her husband, she said, recently came down with a fever and diarrhea.

Ms. Yuan said she was still calling her community district every day to ask for a test.

“They keep on saying that there are no free spots,” she said. “They didn’t provide me with any help. They’ve just made me wait.”

Faced with criticism over the slow response in the first weeks of the outbreak, Beijing has ordered increasingly extreme measures. The government in Wuhan was to hospitalize or place in mass quarantine centers all confirmed infected patients.

On Saturday, Jiang Chaoliang, the party secretary of Hubei, the province’s top leader, said the city would concentrate efforts over two days to test everyone suspected of being infected.

The need to improve testing speeds is a global concern. The World Health Organization said on Thursday that it would ship 250,000 test kits to 159 laboratories across the world to help countries diagnose the new virus more quickly. In the United States, the Centers for Disease Control and Prevention said it would distribute a new, more rapid test to state and international laboratories.

Chinese doctors diagnose the new coronavirus by taking a throat or nasal swab from a person showing symptoms, such as a fever. Samples are transported in batches to laboratories run by the local centers for disease control, where they are put through machines that use a polymerase chain reaction — a form of D.N.A. analysis — to detect the virus.

In Hubei, it takes hours for samples to be sent to the laboratories and days for the results to be issued. The local health department says the labs can run 6,000 tests a day, but even with staff working around the clock, there aren’t enough laboratories to keep up with the workload. The province is seeking outside help.

More crucially, Hubei is running short of testing kits and reagents. Only seven manufacturers have government approval to make test kits for the coronavirus. Their employees have been working overtime to deliver the kits, according to local news reports. More newly developed testing kits are in the pipeline, but it is unclear when they will be ready for use.

Dr. Joseph Tsang Kay Yan, an infectious disease specialist in Hong Kong, said the health authorities in China should use the testing kits more widely to get a clearer picture of the epidemic. He warned that the main disadvantage of using CT scans would be missing patients with mild symptoms, raising the risk of spreading the infection.

In a study published on Tuesday by the journal Radiology, researchers found that out of 21 patients with the coronavirus in China last month, three initially had normal chest CT scans. “We can’t rely on CT alone to fully exclude presence of the virus,” said the study’s lead author, Michael Chung, assistant professor in the Department of Diagnostic, Interventional and Molecular Radiology at Mount Sinai Health System in New York.

There is also some risk of radiation exposure from CT imaging, even though the small doses used in routine tests are usually safe. Children should avoid these tests to minimize their exposure, the Centers for Disease Control and Prevention said in 2018, in their guidelines on how doctors should manage head injuries.

For many in Wuhan, the delays in testing are a matter of life and death.

Li Jiasheng, 32, has the coronavirus and is worried that his 62-year-old father does, too. He said that when the elder Mr. Li, who has pneumonia, took the nucleic acid test, the result was negative.

He is due for another test, but no one knows how long it will take.

“Waiting in line for the test takes time, and you have to take more time to wait for the results of the test,” the younger Mr. Li said. “Does my father have that much time to wait?”