(Want to get this briefing by email? Here’s the sign-up.)

Good morning. JD.com’s founder’s arrest, U.S. diplomatic challenges in India and suspicions of a new kind of weapon: Here’s what you need to know:

• Richard Liu, the billionaire founder of China’s online retail giant JD.com, is under investigation in the U.S. for alleged criminal sexual conduct.

He was arrested late Friday in Minneapolis, Minnesota, and was released the following afternoon while the police seek to determine whether the case warrants charges. Details of the case have not yet emerged.

The company issued a statement saying that Mr. Liu was falsely accused, but any legal trouble could darken perceptions of JD.com, which is worth about $50 billion.

Newly uncertain about Washington’s allegiance, Mr. Modi has recently sought to mend ties with Moscow and Beijing, dismaying some American policymakers who have cultivated India as a hedge against China.

• The news in the U.S. over a long holiday weekend was dominated by memorials for Senator John McCain. Praise for the old-school Republican often served as a bipartisan rebuke of President Trump and his agenda.

The most direct reproach came from Meagan McCain, the senator’s daughter: “We gather here to mourn the passing of American greatness — the real thing, not cheap rhetoric from men who will never come near the sacrifice he gave so willingly, nor the opportunistic appropriation of those who lived lives of comfort and privilege while he suffered and served.”

Watch or read the eulogies of former Presidents Barack Obama and George W. Bush at the focal service at Washington National Cathedral on Saturday, ahead of his burial at the U.S. Naval Academy.

• Current and former U.S. officials told our reporters that, between 2014 and 2016, the F.B.I. and the Justice Department unsuccessfully tried to turn a Russian oligarch, Oleg Deripaska, above, into an informant.

They said the outreach was part of an effort to gauge the possibility of gaining cooperation from roughly a half dozen of Russia’s richest men, nearly all of whom depend on President Vladimir Putin to maintain their wealth.

The officials spoke because they said some details of the effort, stripped of the overall context, had been fueling President Trump’s attempts to discredit the investigation into whether his campaign coordinated with Russia.

Separately, a Belarusian escort who once claimed that her tapes of Mr. Deripaska’s conversations could link Russian oligarchs to interference in U.S. elections is still languishing in a jail in Thailand.

• “The immaculate concussion.” That’s the joking term doctors and scientists have used for the ailments U.S. embassy workers in Cuba and China reported in late 2016.

Now, our science reporter writes, they have a leading suspect for what caused the workers’ sonic delusions and possibly brain damage: weaponized microwaves.

The U.S., Russia, China and many European states are seen as having the know-how to make basic microwave weapons that can debilitate, sow noise or even kill.

• Canada and the U.S. resume talks this week to try to break their deadlock over revisions to the North American Free Trade Agreement with Mexico.

• “Crazy Rich Asians” keeps getting richer, topping the North American box office for the third week in a row. “Mission: Impossible — Fallout” pulled in $77 million over its opening weekend in China.

• Facebook barred 20 individuals and organizations linked to Myanmar’s military for committing or enabling “serious human rights abuses in the country.”

• Coming: Executives from Facebook, Twitter and Google will testify before the U.S. Senate Intelligence Committee on Wednesday about how they are preparing for midterm elections.

• Here’s a snapshot of global markets. Exchanges in the U.S. and Canada will be closed for Labor Day. 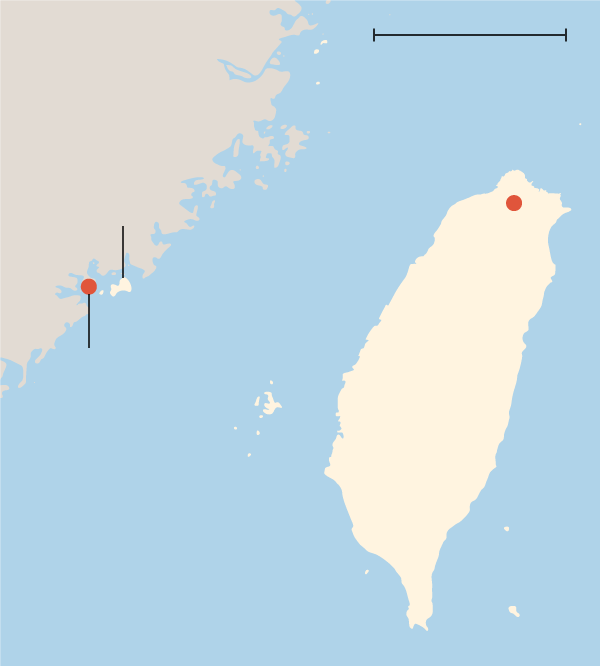 • The small island of Kinmen has been governed from Taiwan since 1949. But Taiwan’s main island is 140 miles away, while China looms visibly in the near distance. That distance is narrowing — both literally and figuratively. [The New York Times]

• The Pacific Islands Forum convenes on Nauru, but the planned focus on overfishing, climate change and China’s growing power may be overshadowed by Nauru’s role in Australia’s offshore refugee processing arrangement. At least 20 refugee children are said to be refusing food and water. [The Guardian]

• A Saudi-led coalition acknowledged that its airstrike on a bus in Yemen last month was unjustified, a rare concession made under mounting international pressure. Dozens of people, including children, were killed. [Reuters]

• The European Union is discussing whether to stop requiring member states to follow daylight saving time. Any changes would take at least a year. [The New York Times]

Tips for a more fulfilling life.

• Money isn’t the easiest thing to handle. Get better at it.

• Recipe of the day: The chef Roy Choi’s carne asada recipe is perfect for taco night.

• “I am about to kill my mother.” Our writer at large, Sarah Lyall, wrestles with a deathbed request.

• Hollywood wants to diversify. But the pipeline of experienced writers is thin, a problem of the industry’s own making.

• A Paris designer and clothing dealer has a remarkable source for the vintage clothes he sells under the Marché Noir label: a market in Lomé, Togo, that buys secondhand clothing from Europe, China, Israel and the U.S.

“Hacking” is a pervasive worry these days. We wondered: Where does the word come from?

Etymologists say “hack” appeared in English around 1200, meaning “to cut with heavy blows in an irregular or random fashion.”

The current usage began at M.I.T. in the ‘50s, where there were plenty of people playing around technically (i.e., hacking the electrical system).

It was also used to mean pranks at M.I.T., which became a tradition. One of the most famous: Students perched what looked like a campus police car atop a building known as the Great Dome.

But the use of “hacking” to mean messing around with technology is the one that spread. And the activity predates the term.

In 1903, the Italian radio pioneer Guglielmo Marconi (pictured above in 1901) was preparing to demonstrate how Morse code messages could be sent over long distances.

But before the demonstration could begin, the receiver began to tap out a message.

“Rats, rats, rats,” it said. Then, insultingly, “There was a young fellow of Italy, who diddled the public quite prettily.”

Your Morning Briefing is published weekday mornings and updated online. Sign up here to get it by email in the Australian, Asian, European or American morning. You can also receive an Evening Briefing on U.S. weeknights.

And our Australia bureau chief offers a weekly letter adding analysis and conversations with readers.