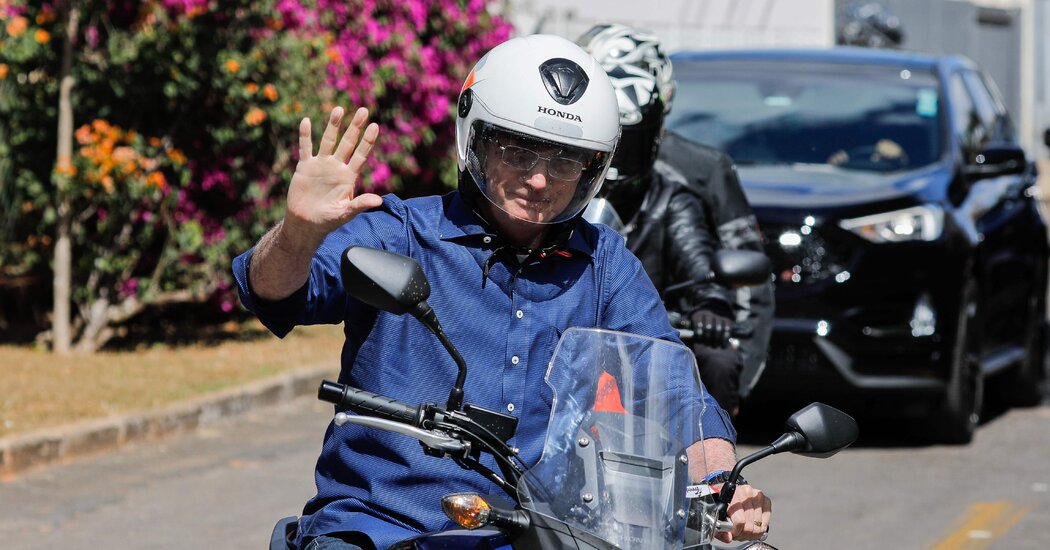 RIO DE JANEIRO — President Jair Bolsonaro of Brazil said Saturday that he had been cured of the coronavirus, appearing to have suffered only mild symptoms from a scourge he has repeatedly downplayed even as it rippled through the country, killing more than 86,000 people.

“GOOD MORNING EVERYONE,” Mr. Bolsonaro, 65, posted in a message on Twitter Saturday morning, with the news that his latest coronavirus test had come back negative.

The message included a photo of the president in which he appears to be smiling and giving a thumbs up while brandishing a box of hydroxychloroquine pills, the anti-malaria medicine. Mr. Bolsonaro has hailed the drug as a miracle cure, despite a growing scientific consensus that it is not effective to treat Covid-19, the disease caused by the coronavirus.

Mr. Bolsonaro said he experienced body aches and a fever in the days before he first tested positive for the virus on July 7. Since then, he has projected an image of vitality as he roamed the grounds of the presidential residence in Brasília, at times playing with large birds that live on the estate.

Shortly after announcing the test result, Mr. Bolsonaro left the palace riding a motorcycle, accompanied by security aides. He posed for photos with supporters before heading to a motorcycle shop.

Mr. Bolsonaro’s cavalier handling of the pandemic has contributed to a national response that public health experts regard as one of the worst in the world. He sabotaged quarantine measures imposed by governors by attending rallies, shaking hands in public and urging Brazilians to continue working.

The president called the virus a “measly cold” and said he had little to fear in the event that he became infected because his “athletic background” would enable him to bounce back quickly. Soon after his diagnosis, some Brazilians who are critical of the president expressed hope that he would suffer serious complications, and a few openly said they hoped it would kill him.

Yet, the president’s seemingly mild case is vindicating his approach, in the eyes of supporters.

“The president’s test results are back,” an allied lawmaker, Carlos Jordy, wrote on Twitter. “Positive for re-elected president in 2022.”

Mr. Bolsonaro’s effusive promotion of hydroxychloroquine in social media posts during his recovery made it seem at times as if he was starring in an infomercial for the drug, which has been among the biggest flash points in Brazil’s chaotic response to the pandemic.

On Friday a photo of the president appearing to offer hydroxychloroquine to one of the emo-like birds in his garden became the subject of memes.

But many in Brazil find little humor in the president’s social media antics as the pandemic continues to kill hundreds of people daily and the economy sputters.