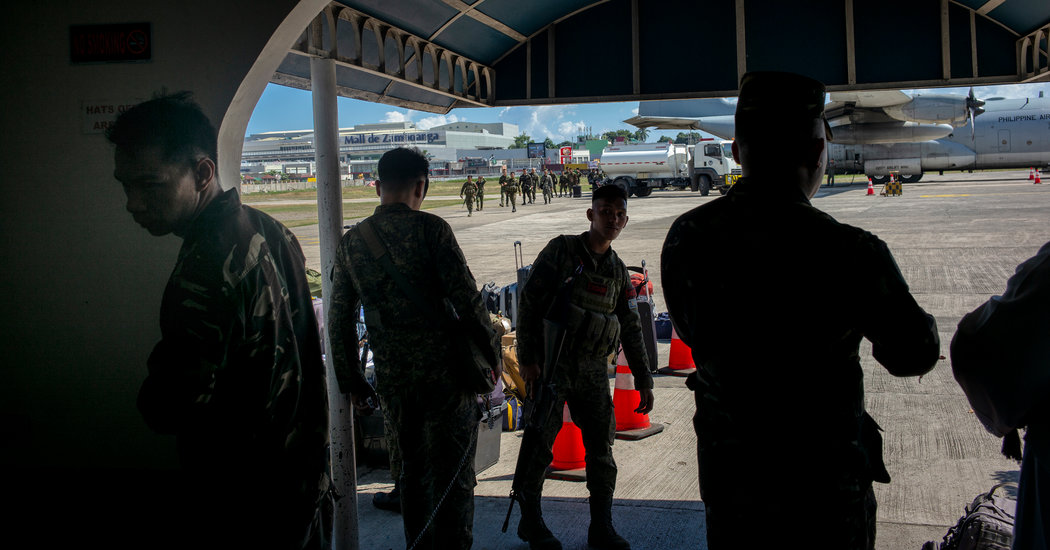 MANILA — A British businessman and his Filipino wife have been abducted in the southern Philippines, where Islamic militants have been known to seize foreigners and missionaries for ransom, the police and the military said on Saturday.

The couple, Allan Arthur Hyrons, 70, and Welma Paglinawan-Hyrons, were taken Friday night by six unidentified gunmen from a beach resort in the town of Tukuran in Zamboanga del Sur Province, the authorities said.

It was not immediately clear who had abducted the couple, but insurgent groups known for involvement in kidnapping operate in the area.

Maj. Helen Galvez of the Philippine regional police said that a day before the abduction, two people believed to be involved had checked in at the resort and were apparently waiting for the couple.

“They were seized at gunpoint and dragged across the beach where they were taken on two motorized boats that immediately sped off into the high seas in opposite directions,” Major Galvez said.

One group known for its involvement in such abductions is Abu Sayyaf, or Bearers of the Sword, a militant group with many factions, one of which is led by Hatib Hajan Sawadjaan, who has been identified by the United States as the new leader of the Islamic State affiliate operating in the southern Philippines.

Mr. Sawadjaan took over from Isnilon Hapilon, who was killed during intense gun battles with Philippine troops when Abu Sayyaf fighters sacked the city of Marawi two years ago.

Mr. Sawadjaan’s group is also believed to have orchestrated a suicide bombing at a Catholic church on Jolo Island in January that left 23 people dead.

After Friday’s abduction, the police and the military sent out search teams and also enlisted the help of members of the former rebel group Moro Islamic Liberation Front to help in the effort, Major Galvez said.

The group was the largest Muslim insurgent force that originally fought for an independent state in the predominately Catholic Philippines. But it signed a peace deal with the government in 2014, and its leaders now head an interim government that oversees an autonomous region in the south.

Abu Sayyaf has been blamed for some of the Philippines’ most brutal attacks, including kidnappings and beheadings. In May, the Dutch national Ewold Horn, in captivity since 2012, was killed when troops mounted a rescue attempt. A Swiss man, Lorenzo Vinciguerra, who was seized with him escaped in 2014.

Two years ago, Abu Sayyaf militants beheaded a German man, Jürgen Kantner, after his government refused to pay a ransom demand of $600,000. A year earlier, the same group beheaded two Canadian captives for the same reason.

Rommel Banlaoi, who heads the Philippine Institute for Peace, Violence and Terrorism Research, said that the latest incident proves that Abu Sayyaf “continues to evolve faster than the military countermeasures.”

“Its major source of staying power are those armed groups involved in various crimes, such as kidnap for ransoms,” Mr. Banlaoi said.

While the group, as a whole, has been weakening, it has found new ways of bolstering its name by parroting the Islamic State ideology while continuing to engage criminal activities, he said.