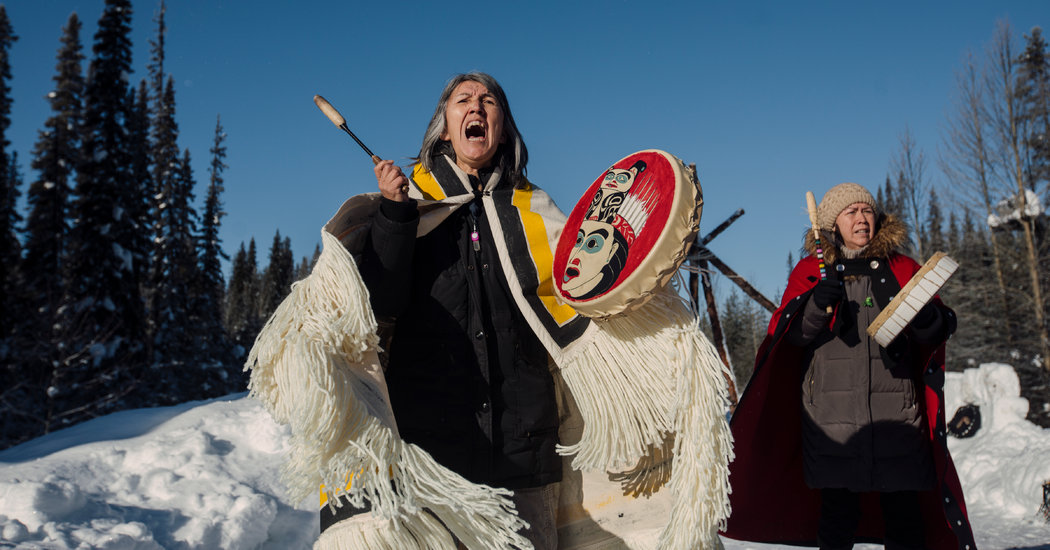 OTTAWA — The Canadian police on Monday began moving against protesters who had set up transportation blockades around the country in sympathy with an Indigenous group’s campaign to halt construction of a natural gas pipeline to Canada’s West coast.

The first blockade appeared on Thursday night and led to the shutdown of all rail passenger trains between Toronto, Montreal and Ottawa. And to the north, another group was blocking freight and passenger rail traffic near Smithers, British Columbia.

The protests began after the Royal Canadian Mounted Police moved last week to enforce an injunction in British Columbia against Wet’suwet’en people who have been blocking road construction related to the pipeline, known as Coastal GasLink.

The police are now stopping most people, including members of the Wet’suwet’en, from entering a wide area around the protesters’ encampment. Access to the area by journalists has been limited to a few escorted visits, but the national police force said in a statement that 21 people had been arrested since Thursday.

Eight of them have since been released without being charged.

On Monday before dawn in Vancouver, the police made 33 arrests at the entrance to the port. Video from the scene suggests that the arrests took place peacefully and that the police allowed other demonstrators to remain near the scene if they did not try to block the port. In nearby Delta on Monday, 14 protesters were arrested.

The Canadian National Railway company, which owns the tracks in British Columbia, as well as those in Ontario used by the Via Rail Canada passenger service, has obtained injunctions against the protesters in a bid to reopen its lines. There was no indication on Monday of how and when they may be enforced.

Chief R. Donald Maracle of the Mohawks of the Bay of Quinte said the blockade on its territory east of Toronto, which has at times involved a snow plow and a sofa, was not authorized by the band council. He said he had first learned about it from the railway.

Some members of the Mohawk first nation that Chief Maracle leads, which is also known as the Tyendinaga Mohawk Territory, have blocked rail service in other protests in the past.

Unlike plans to expand an oil pipeline now owned by the federal government from Alberta to a port near Vancouver, the natural gas line is strongly supported by the government of British Columbia. The 416-mile, 6.2 billion Canadian dollar project will link gas wells in the province’s interior to a new liquefied natural gas terminal on the coast for export sales to Asia.

The efforts to impede its construction have revealed divisions within British Columbia’s Indigenous communities.

Coastal GasLink, the company behind the project, has signed construction agreements with the 20 elected band councils along the route and has promised to award 620 million dollars’ worth of contracts to Indigenous businesses.

But a number of chiefs who hold hereditary leadership fear the projects will irrevocably alter their land. They oppose reaching any sort of agreement with the company or accepting any economic benefits.