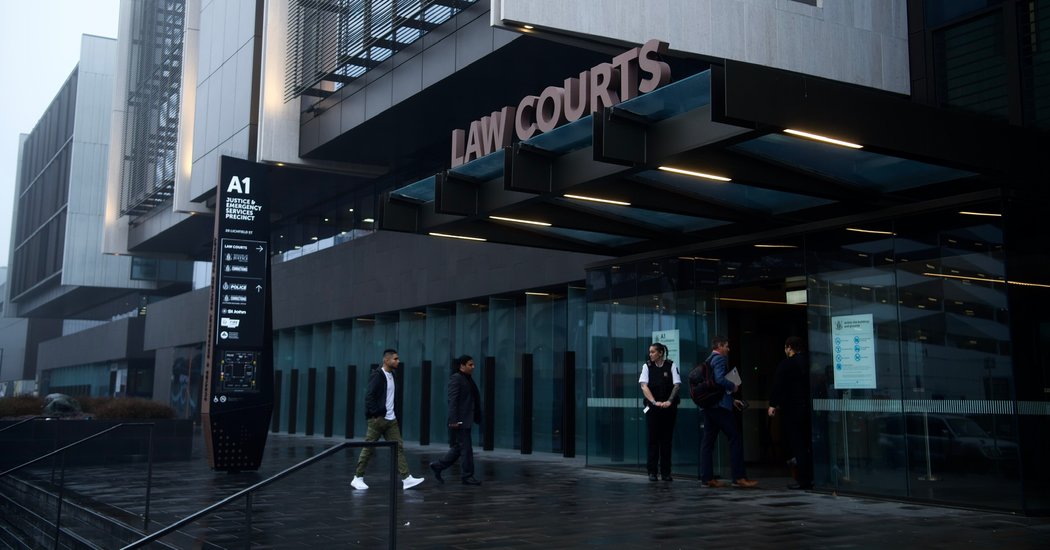 CHRISTCHURCH, New Zealand — The Australian man accused of killing 51 people and wounding dozens more in a terrorist attack on two mosques in New Zealand will be tried in the city of Christchurch, where the shooting occurred, after he told his legal team on Thursday to withdraw his application to have it moved to another city.

Brenton Tarrant pleaded not guilty in June to 51 counts of murder and 39 of attempted murder following the attack in March on Muslims at al-Noor and Linwood mosques during Friday prayers.

His lawyers had earlier requested that he be tried in New Zealand’s largest city, Auckland, and a hearing was convened for Thursday to hear their arguments. The courtroom’s public gallery was packed with survivors of the attacks, members of the victims’ families and senior police officers working the case.

Some of those affected had strong views about whether the trial — which is expected to take at least six weeks — should be moved to Auckland, about 475 miles north of the city where the attacks happened, which would have made it difficult for many to attend all the court sessions.

But Shane Tait, one of Mr. Tarrant’s lawyers, told the judge that his client was withdrawing the request.

Mr. Tarrant, dressed in prison garb, appeared in court via video link, rather than in person, as is common in procedural hearings in New Zealand.

At the end of the hearing, just before the video link was cut, he cupped his hand around his mouth and yelled something — but his microphone had already been faded and the words were not discernible.

Wasseim Alsati, who was shot in the attack along with his 4-year-old daughter, and is still walking with crutches, said outside court that he was pleased the trial would be held in Christchurch. He said that he, along with other survivors, had been prepared to travel to Auckland but was glad he would not have to.

Still, he was upset to see Mr. Tarrant’s demeanor in the video link.

“He was absolutely happy. Laughing, smiling, not even giving any respect to the courtroom and to the judge,” Mr. Alsati said. “This is really bad behavior, really unacceptable behavior.”

After the hearing, relatives and survivors were left baffled outside the courtroom, where they had expected to hear arguments about the proposed change in venue, as court staff members explained the proceedings to them.

In the months after Mr. Tarrant’s arrest, New Zealand’s court system was criticized by some of the victims’ families and their advocates because initial hearings were scheduled for Fridays, the sacred day for Muslims and the day of the week that the attack took place. The hearings were switched to Thursdays in recent months, after families complained.

The Justice Ministry earlier said it had introduced new cultural and language services at the court house, including a prayer room, in response to feedback from the community.

The judge, Cameron Mander, has also adjusted the potential trial date. The trial was initially set for May 2020, during Ramadan, the holy month of prayer and fasting for Muslims, and officials appeared not to have realized the conflict. The trial, which is expected to run at least six weeks, is now scheduled to begin on June 2.

The scale of the Christchurch case is unprecedented in a country that has never tried a mass shooting of anywhere near this size, and it is expected to challenge the court system.

Seating for court hearings will be in high demand, with dozens of survivors and victims’ relatives, and a large international news media contingent. Security risks will also confront the court; at a June hearing in Mr. Tarrant’s case, a man was charged after he played pro-Nazi music outside the court and confronted a survivor of the attacks.

Mr. Tarrant’s guards at the prison in Auckland where he is being held, the country’s only maximum security facility, were embarrassed in August when they were forced to admit that he had sent letters to supporters from his cell. At least one, which was posted on the message board 4chan, contained a call for racist violence.

New Zealand’s government said at the time that the letters of prisoners who held white supremacist views would be inspected by a specialist team.

Christine Stevenson, the chief executive of New Zealand’s corrections department, said the agency had never managed a prisoner like Mr. Tarrant before and the risk he presented was “unprecedented.”