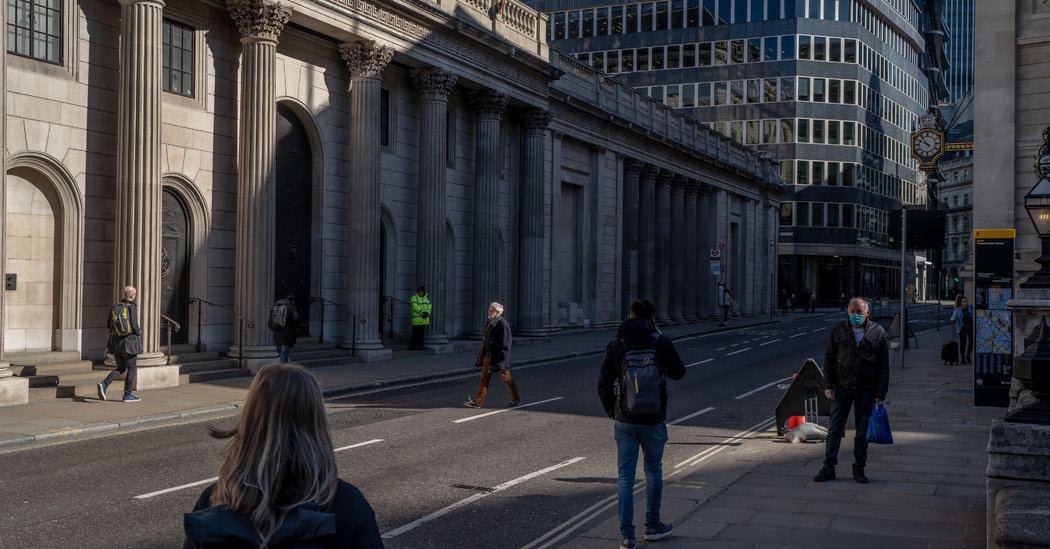 LONDON — Facing a growing storm of criticism about his laissez-faire response to the fast-spreading coronavirus, Prime Minister Boris Johnson announced on Monday that he would place Britain under a virtual lockdown, closing all nonessential shops, banning meetings of more than two people, and requiring people to stay in their homes, except for trips for food or medicine.

People who flout the new restrictions, the prime minister said, will be fined by the police.

The steps, which Mr. Johnson outlined in a televised address to the nation, bring him into alignment with European leaders like President Emmanuel Macron of France and Chancellor Angela Merkel of Germany, who have all but quarantined their countries in a desperate bid to slow the outbreak.

“No prime minister wants to enact measures like this,” a grave Mr. Johnson said. “I know the damage that this disruption is doing and will do to people’s lives, to their businesses and to their jobs.”

But while these were the most draconian restrictions placed on the British people since World War II, Mr. Johnson is still leaving a bit of breathing room.

The prime minister said people also could leave their houses for exercise, either alone or with family members, and he did not close parks in London, which became a symbol of Britain’s nonchalant response this weekend when they were thronged with people.

Nor is Britain requiring that people who leave the houses carry documents, as France now does. Mr. Johnson did not detail what fines those who did not comply with the rules would face.

Still, as the wail of ambulance sirens echoed through London’s largely empty streets on Monday, there was evidence that Britons were belatedly coming to terms with the need for ordinary life to come to a halt.

The number of confirmed cases in Britain rose to 6,650 on Monday, up from 5,683 a day earlier, while the death toll jumped by 54, to 335. British officials warn that the country is about two weeks behind Italy in the spread of the virus, suggesting that those numbers are about to balloon.

Mr. Johnson has made substantial moves in the past week, closing schools as well as pubs, restaurants, gyms and theaters. But at every step, he has seemed like a leader acting under duress. And in several cases, his government was playing catch-up to a private sector that had already acted on its own.

The Premier League canceled the rest of its soccer season before the government banned large sports gatherings. Parents began pulling children out of school before they were closed. Department stores, boutiques, hairdressers and other shops began closing before Mr. Johnson’s Monday directive.

At times, Mr. Johnson’s earlier steps had sowed confusion. He initially asked people to avoid pubs but did not ask the pubs to close their doors, prompting some people, including his own father, Stanley Johnson, to declare they still planned to go.

This weekend, images of crowds flouting social distancing rules in London parks under early-spring sunshine whipped up the political pressure for Mr. Johnson to do more. Among those calling for tougher measures was Keir Starmer, the front-runner to become the next leader of the opposition Labour Party.

“In these extraordinary times, the government must now set out further compliance measures, such as those introduced in other countries,” Mr. Starmer wrote on Twitter. “These are vital days in the battle against the coronavirus.”

Mr. Johnson’s response has come under growing criticism, even from right-leaning papers that are normally supportive of him.

“Since the start he has appeared behind the curve,” said an editorial in The Times of London on Monday. “Considerable time that could have been spent preparing for the crisis appears to have been squandered.”

Mr. Johnson, the paper said, risked being compared not to his hero, the wartime prime minister Winston Churchill, but to Churchill’s predecessor, Neville Chamberlain, who was discredited for his policy of appeasing Nazi Germany and uttered the fateful phrase, “peace for our time.”

The government’s deliberations are also drawing more scrutiny, after The Sunday Times published a lengthy investigation of Mr. Johnson’s abrupt shift from a less-stringent approach to the virus to one that more closely aligns with the rigorous measures in France, Spain and Germany.

Italy shut down all nonessential businesses and industries on March 21. A day later, the Lombardy region, the epicenter of the country’s outbreak, banned all outdoor physical activity.

Much of the criticism has fallen on Mr. Johnson himself. Commentators say he has veered from issuing stark warnings about the loss of life to lamenting that he has had to ask people to stop congregating at pubs.

Although the prime minister has appeared on TV almost every day — usually flanked by his chief scientific and medical advisers — there has been little follow-up from the government about what kinds of social distancing rules people should adopt and what the risks of failing to do so are.

Critics noted that the government spent large sums last year on an advertising campaign to prepare the public for Britain’s departure from the European Union. But it has failed to produce a coherent information campaign to clarify how people should observe the new social distancing rules.

Britain has a legacy of producing effective advertising campaigns during health crises. In the 1980s, under Prime Minister Margaret Thatcher, the government aired commercials about the risks of transmitting AIDS that, while unpopular at the time, were credited with raising public awareness about the disease.

The absence of a coronavirus campaign was more glaring given that other public service advertising has continued, some of it striking a discordant note. On one major TV channel Sunday, Mr. Johnson’s daily news briefing on coronavirus was followed by a government ad recruiting health workers to the National Health Service. It featured the slogan “there’s never been a better time to join us.”

The prime minister’s prior reluctance to take restrictive measures, analysts said, is rooted in both his own libertarian streak and in the politics of his party. Mr. Johnson has long campaigned against the so-called nanny state, promising before he took office to lift taxes on sugary, salty and fatty foods. Some commentators said his live-and-let-live sensibility is rooted in his own less-than-tidy lifestyle.

Defending civil liberties is also an article of faith in the Conservative Party. In 2010, a Conservative-led coalition government shelved the idea of national ID cards, after a fierce debate over whether they infringed on individual privacy.

“Imposing the sort of draconian measures, like Macron did in France, is culturally very alien in this country, particularly to the liberal wing of the Conservative Party,” said Simon Fraser, a former head of the British diplomatic service. “In the Brexit context, it will be seen as differentiation from Europe.”