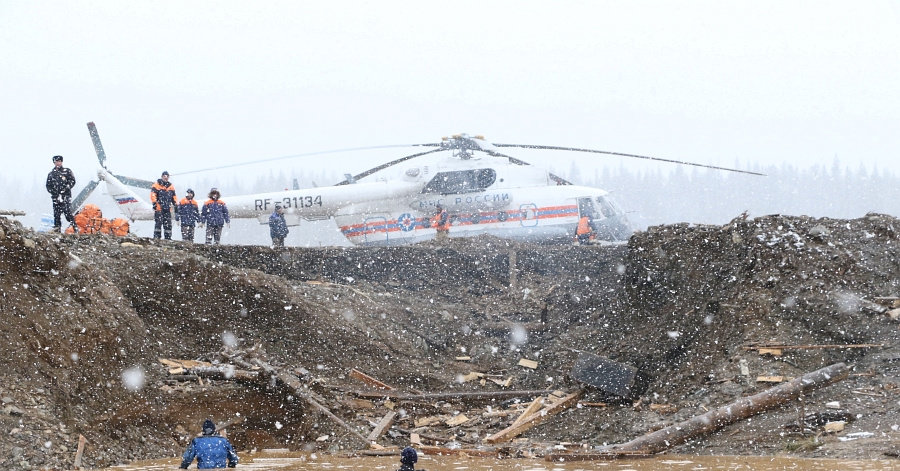 MOSCOW — At least 15 people are dead after a dam at a small Siberian gold mine collapsed and water flooded two workers’ dormitories on Saturday.

The collapse during heavy rain occurred around 6 a.m. near the village of Shchetinkino in the Krasnoyarsk region, about 2,100 miles east of Moscow.

The dam had not been registered or approved for use by Rostechnadzor, Russia’s agency for technological and ecological oversight, the Interfax news agency cited the agency as saying.

“The hydrotechnical structure was built in a makeshift way, as I surmise, in violation of all conceivable and inconceivable standards,” said Yuri Lapshin, chairman of the Krasnoyarsk regional government, according to the state news agency RIA-Novosti.

The country’s Investigative Committee said it has opened a criminal investigation on possible charges of violation of workplace safety regulations.

Rescue workers suspended their search for survivors after nightfall but were to resume Sunday. About 80 people were believed to be living in the dormitories.