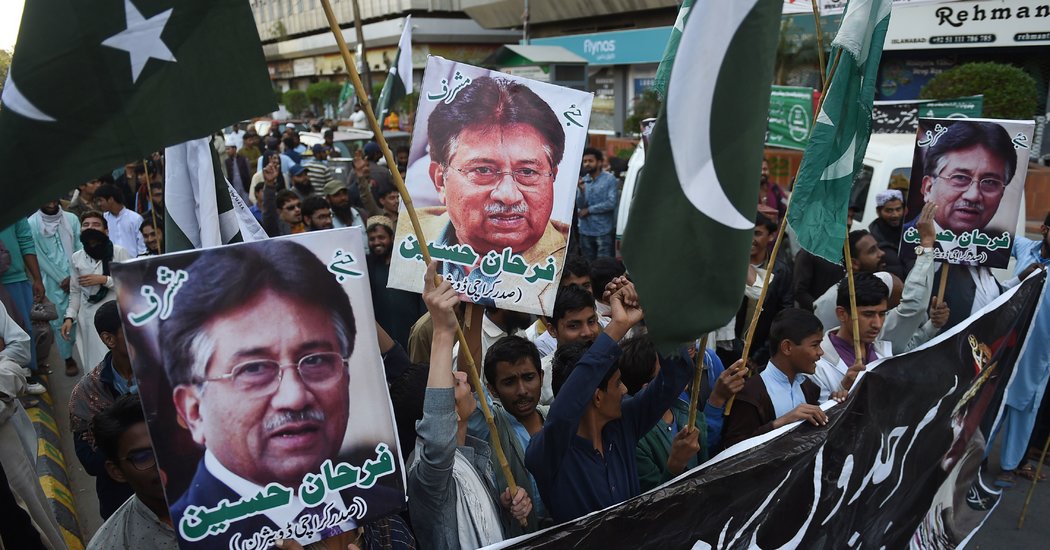 ISLAMABAD, Pakistan — A Pakistani high court on Monday overturned a death sentence that was handed down to Pervez Musharraf in a treason trial last month, most likely putting an end to the legal case against the country’s former military dictator.

Monday’s ruling, by a three-member bench of the High Court, found that the special court that issued the sentence was unconstitutional. Several lawyers and analysts said that the current government, which includes many Musharraf loyalists, was unlikely to reconstitute the special court for a new trial.

The three judges, in the eastern city of Lahore, said that the case against Mr. Musharraf was politically motivated and that the crimes he was accused of committing — high treason and subverting the Constitution — were “a joint offense” that “cannot be undertaken by a single person.”

Mr. Musharraf, 76, was accused of subverting the country’s Constitution in 2007 when he fired much of the judiciary and imposed a state of emergency in an attempt to block a political opposition movement. The movement had greatly weakened him, and he resigned the following year under a threat of impeachment.

Even when originally announced in December, the death sentence was largely seen as symbolic — the first time in the country’s history that a former military ruler had been held accountable for actions taken while in office. It was not expected to be carried out in a country where the military, which still wields immense power, was expected to protect its former chief.

Soon after the death sentence was announced, the Pakistani Army criticized the verdict and called for a legal review. Mr. Musharraf’s legal team challenged the sentence in the Lahore High Court this month.

The treason trial was initiated in 2013 by the prime minister at the time, Nawaz Sharif, whose earlier government Mr. Musharraf had toppled in a bloodless coup. Mr. Musharraf — who is now in Dubai in a self-imposed exile — claimed that the charges against him were politically motivated.

Mr. Musharraf also maintained that he was not alone in the imposition of the state of emergency in 2007 and had been aided by senior government and military officials.

He did not appear in the initial proceedings of the treason case, and his security convoy was mysteriously directed to a military hospital before one 2014 hearing. Despite his complaints of chest pains, many believed that the military was protecting him from prosecution.

He was allowed to leave the country for medical treatment in 2016, and although he vowed to return and face the legal cases, he did not do so. The death sentence announced in December was handed down in absentia.