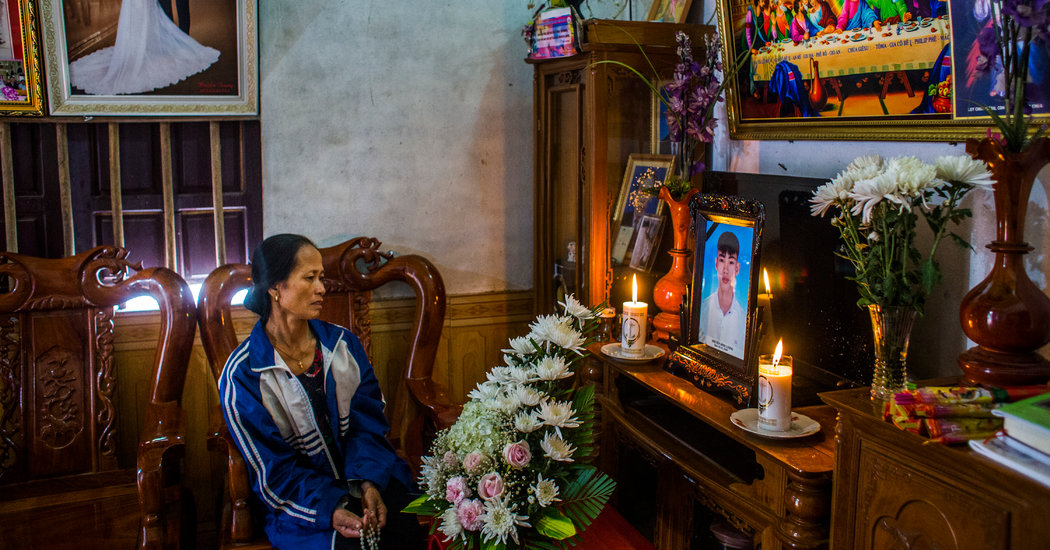 The police in Vietnam arrested eight people on Monday as investigators continued to trace how 39 people, said to be Vietnamese nationals, died in a refrigerated truck in southeastern England on Oct. 23.

The arrests, reported in Vietnamese state media, were the latest in what has become a wide-ranging investigation spanning several countries. The police in Vietnam arrested two people on Friday, while the British and Irish authorities have also made a series of arrests in connection with the case.

“Based on what we learn from the suspects, we will actively launch investigations to fight and eradicate these rings which bring people illegally to Britain,” said Nguyen Huu Cau, the Nghe An Province police chief, according to Reuters, which quoted the Vietnam News Agency.

The authorities are still working to identify the victims, who were found in Essex and were believed to have been transported through a global human smuggling network. Thousands of migrants make the dangerous journey each year, enduring brutal conditions and violent treatment as they search for work.

The British authorities have charged two truck drivers in the case. Maurice Robinson, 25, of Northern Ireland, who was believed to be the driver of the truck, was charged on Saturday with 39 counts of manslaughter and conspiracy to traffic people.

The other truck driver, Eamon Harrison, 23, also of Northern Ireland, was charged in Ireland on Friday with 39 counts of manslaughter, human trafficking and immigration offenses.