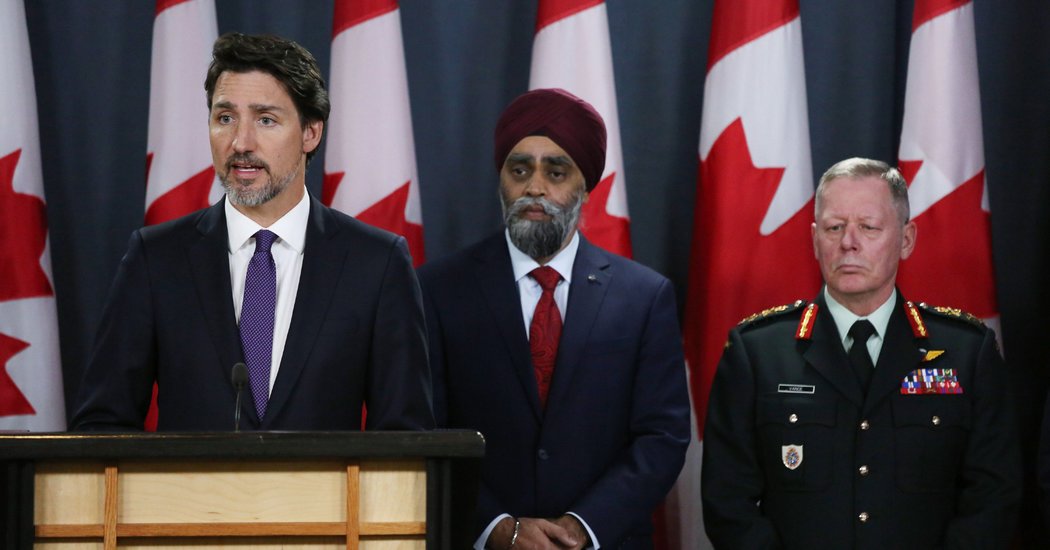 MONTREAL — New evidence indicating that an Iranian surface-to-air missile caused the plane crash this week that killed 63 Canadians is likely to undermine Canada’s already acrimonious relationship with Iran. But the disaster also threatens to damage Ottawa’s crucial but fraught partnership with Washington.

On Thursday, Prime Minister Justin Trudeau of Canada said that his country had intelligence showing that Iran had downed the Ukrainian jetliner, which was carrying 63 Canadians among its some 176 passengers and crew, but he stressed that he wanted a thorough investigation before reaching any conclusions.

If it is determined that it was an Iranian missile, Mr. Trudeau will have to grapple with the question of whether the United States, Canada’s most important ally, played a role in provoking the events that ultimately resulted in the loss of Canadians’ lives.

The plane crashed on Wednesday morning, only hours after Iran had launched a barrage of 22 missiles against two military bases housing American troops in Iraq. The Iranian attack was in retaliation for the United States killing of Maj. Gen. Qassim Suleimani, one of the most powerful figures in Iran’s leadership.

In a sign of the tricky diplomatic challenges that could lie ahead, reporters at a news conference in Ottawa on Thursday repeatedly grilled Mr. Trudeau as to whether the United States was partly responsible for what happened, by creating a volatile situation.

“I think that’s one of the many questions that people will be thinking about and trying to find answers to,” Mr. Trudeau said.

Richard Johnston, a professor in the department of political science at the University of British Columbia in Vancouver, said the circumstances of the plane crash would complicate Canada’s relationship with the United States.

“Many Canadians are suspicious of President Trump and this is not going to help,” Professor Johnston said. “And it could help fan an already simmering backlash against the president.”

Professor Johnston said he expected Mr. Trudeau to try to avoid antagonizing Mr. Trump, given the economic importance of Canada’s relationship with the United States. A crucial new trade agreement between Canada, the United States and Mexico is awaiting approval in the Canadian Parliament and the United States Senate.

As the circumstances surrounding the crash remained murky on Thursday, it appeared to be Iran, not the United States, that was coming under fire on social media for the deaths of so many Canadians.

“I have no words. Disturbing that the Iranian government may have killed our friends and fellow Canadians,” Payman Parseyan, a leading member of Edmonton’s tight-knit Iranian immigrant community, wrote on Twitter.

Canada suspended its training mission in Iraq and decided to move some soldiers from the country after the killing of General Suleimani.

Wednesday’s crash was one of the worst losses of Canadian life in an aviation disaster since 1985, when a bomb exploded and killed 329 people aboard an Air India flight, most of them Canadians of Indian ancestry.

Among those Canadians who perished in the crash outside Tehran were a family of four, newlyweds, international students and children.

Relations between Canada and the United States have been strained for many months.

Mr. Trump called Mr. Trudeau “two-faced” after the prime minister was caught on video apparently gossiping about the American president with other world leaders at a NATO reception at Buckingham Palace last month.

In June 2018, the ink had barely dried on the communiqué after a Group of 7 summit meeting in Charlevoix, Quebec, when President Trump insulted Mr. Trudeau on Twitter from Air Force One, accusing him of being “very dishonest and weak” and of making up “false statements.”