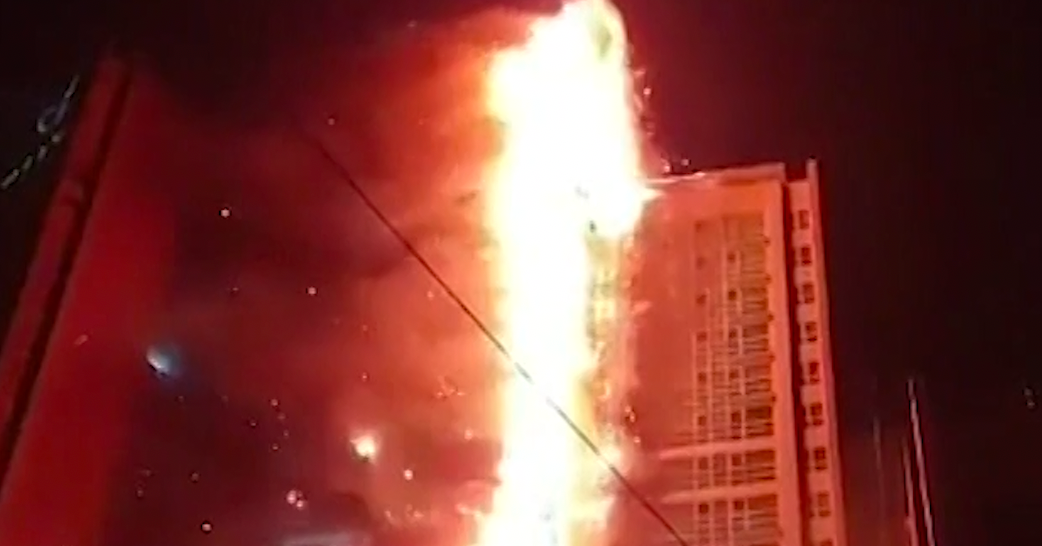 A fire broke out at a high-rise apartment building in southeastern South Korea late Thursday, quickly engulfing multiple floors and forcing the evacuation of hundreds of people, according to news agency reports and social media posts.

At least 80 people were being treated for smoke inhalation from the blaze, at a 33-story building in the city of Ulsan, according to the Yonhap news agency. No deaths were immediately reported.

HIGH-RISH INFERNO: New eyewitness video shows a massive fire that broke out on the 12th floor of a 33-story apartment building in Ulsan, South Korea, with hundreds evacuated – including some from the rooftop – and at least a dozen hospitalized. https://t.co/ojcYCIvtcu pic.twitter.com/RRgccJHxCx

Major fires linked to lax safety standards have plagued South Korea for decades. In April, fire raged through an enormous warehouse in Icheon, southeast of Seoul, becoming an inferno that killed 38 workers. In 2018, a fire at a hospital that also served as a nursing home killed 37.

Tragedies to the families, these disasters have also become an embarrassment for President Moon Jae-in, who promised to end the catastrophic fires.

In Thursday’s fire, heavy winds in Ulsan fanned the flames, helping it spread from its origin on the middle floors. Yonhap reported that the exterior walls of the building contained insulation that burns quickly, although that could not be independently corroborated.

About 40 residents were evacuated from the rooftop, Yonhap reported.