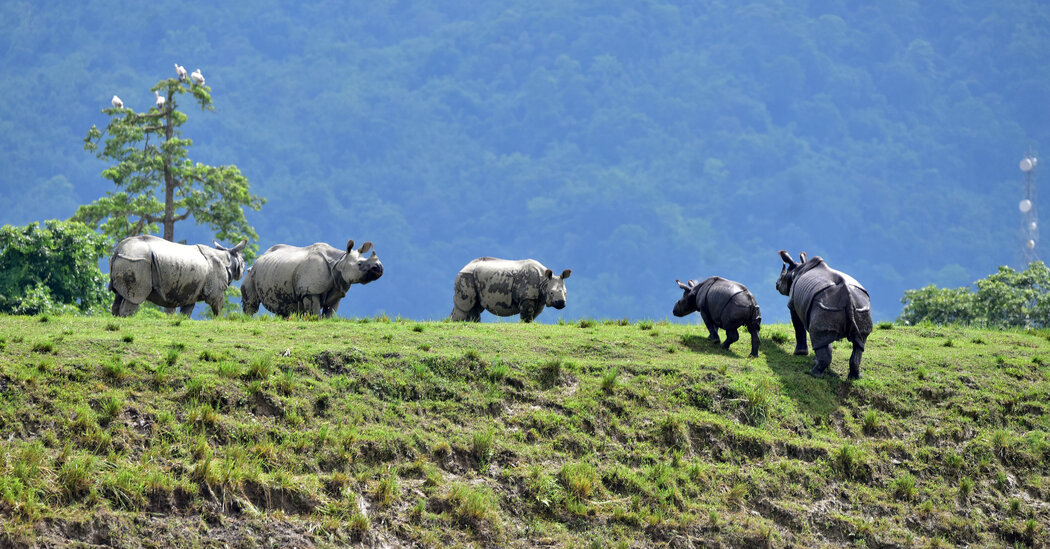 The flooding prompted Britain’s Prince William and his wife, the former Kate Middleton, to express their concern in a letter to park authorities, officials said on Saturday.

“Since the first week of June, we are having no respite with wave after wave of flood that has wreaked havoc inside the Kaziranga National Park and Tiger Reserve,” said Kaziranga’s park director, P. Sivakumar. He said an animal that had drowned in a swollen river near the park on Saturday brought the death toll of the endangered rhinoceroses up to 10.

The British royal couple, known formally as the Duke and Duchess of Cambridge, wrote to Mr. Sivakumar expressing their distress about the devastation to the park and its precious wildlife. The couple had visited the park in 2016 to learn about conservation and anti-poaching efforts.

“The deaths of so many animals, including one-horned rhino, are deeply upsetting,” they wrote.

The flooding is the result of a monsoon that has dumped rain across parts of India, Bangladesh and Nepal, displacing 9.6 million people, according to the International Federation of Red Cross and Red Crescent Societies. More than 550 people have been killed in the floods, the group said.

The organization warned of a humanitarian crisis, saying that close to one third of Bangladesh has already been flooded, with more flooding expected in the coming weeks. It said that 2.8 million people have been affected, and that more than 1 million were isolated.

In India, more than 6.8 million people have been affected by the flooding, mainly in the northern states of Assam, West Bengal, Bihar and Meghalaya bordering Bangladesh, the group said, citing official figures. In Bihar, at least 10 people have been killed, the state’s disaster management authority said on Saturday.