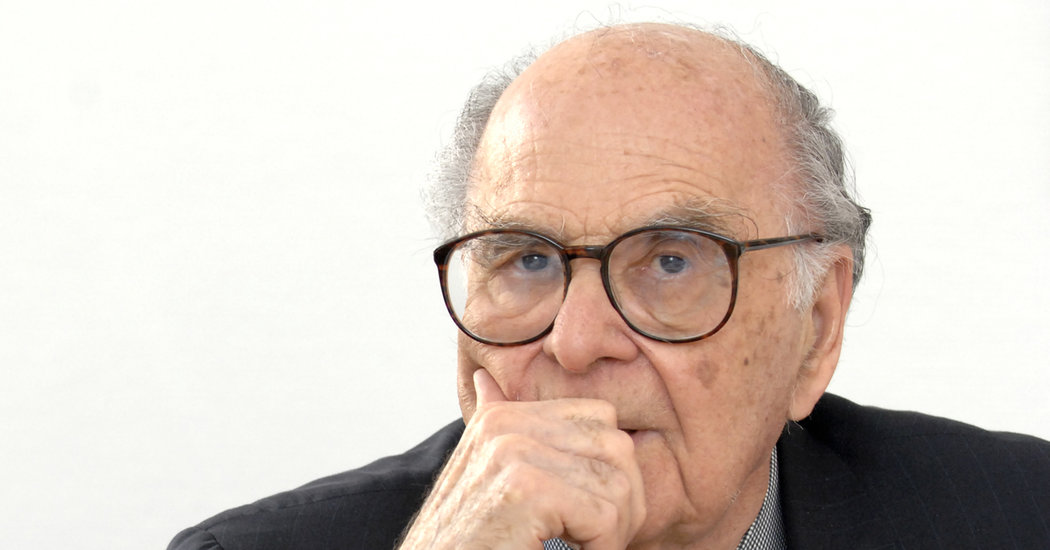 Like many young veterans, Harold Burson came home from World War II full of ambitious dreams. He was 25, had worked in public relations before the war and decided to try it again in New York. It was 1946, and there were 540 local phone listings for “public relations” and “publicity” — a scrimmage of press agents who took reporters to lunch, hoping to plant items for clients.

Who knows what happened to them all? But over the next five decades, Mr. Burson became one of the nation’s most celebrated P.R. men, a founder of the giant Burson-Marsteller agency who broke ground not only by enhancing corporate images but also by helping clients soften the blows of potentially ruinous crises. These included a Tylenol-tampering case that panicked Americans in 1982, and the 1984 toxic gas leak that killed thousands in Bhopal, India, considered the world’s worst industrial disaster.

Mr. Burson, who was hailed by the industry publication PRWeek in 1999 as the most influential P.R. person of the 20th century, and whose standards gave a luster of respectability to a business often seen as a confraternity of spin doctors, died on Friday in Memphis, the city of his birth, where he had resided for the last six months. He was 98.

Catherine Sullivan, a spokeswoman for his company, now known as Burson Cohn & Wolfe, said the cause was complications of a fall in November. He had lived for many years in Scarsdale, N.Y., and Manhattan before moving to Memphis in July to live with a niece. He died at the Memphis Jewish Home & Rehabilitation Center.

Public relations has long been an easy target of critics, who liken its faceless practitioners to Machiavelli’s Prince or Orwell’s Big Brother, manipulating public opinion to hide truths and maximize profits. But to Mr. Burson, it was a profession that used the arts of persuasion for corporations and governments to publicize facts, not lies, for worthy social, political and commercial goals — and, by the way, to make the clients look better.

“We are advocates,” Mr. Burson told The New York Times in 1984. “We are being paid to tell our clients’ side of the story. We are in the business of changing and molding attitudes, and we aren’t successful unless we move the needle, get people to do something. But we are also a client’s conscience, and we have to do what is in the public interest.”

In 1953, after seven years at his own agency, Mr. Burson and a Chicago advertising man, William A. Marsteller, agreed over a breakfast at the Plaza Hotel in Manhattan to team up and call the new agency Burson-Marsteller, with offices in New York and Chicago. Over the next 35 years it became one of the world’s largest and most successful public relations firms, rivaling Hill & Knowlton, as the industry evolved into mass marketing and global communications.

Mr. Burson integrated public relations with advertising and promotions; hired financial experts and engineers for technical writing and translators for global work; and prepped chief executives for crises yet to occur. One coaching technique was to simulate hostile news conferences, complete with abrasive reporters.

And he was called in crises. When cyanide-laced capsules of Tylenol, the pain medication, killed seven people in the Chicago area in 1982, its manufacturer, Johnson & Johnson, made the best of a bad situation. After consulting Mr. Burson, the company’s chief, James E. Burke, announced a recall, ordered new tamper-resistant caplets and packaging seals, and mounted a campaign that acknowledged the facts, stressed safety measures and eventually restored his company’s credibility.

“Basically, I served to help him think through problems and reinforce his own instincts,” Mr. Burson said of Mr. Burke. It was not modesty. P.R. people have always tried to keep their hands invisible, allowing clients to take credit and blame, and the Tylenol case is often cited as a textbook model of corporate responsibility in a crisis. No one was ever prosecuted for the tampering, or for an isolated 1986 recurrence.

There was no way to “manage” the fallout from the 1984 gas leak at a Union Carbide plant in India that killed as many as 3,800 people overnight and thousands more later. Burson-Marsteller helped get out the story of the disaster and company efforts to alleviate the suffering. Mr. Burson defended the work, insisting that Union Carbide, which paid $470 million in 1989 to settle lawsuits, had been forthright and ethical.

Burson-Marsteller promoted trade and tourism in Romania and Argentina. Human rights advocates said the work supported brutal regimes in the 1960s and ’70s, but the company insisted that it did not answer for the conduct of dictators. Nigeria hired Burson-Marsteller in the late 1960s to counter allegations of genocide in Biafra, the breakaway state that was defeated and reabsorbed by Nigeria in 1970 after almost three years of civil war; an international commission found wide suffering in the war but no genocide.

Mr. Burson advised corporate C.E.O.s to get bad news out quickly and fully, making it a one-day story rather than letting it drag out. He urged them to be candid, and refused to take clients who could not be. He held staff seminars to promote Burson-Marsteller’s “vision and values.” He was less interested in hiring reporters with contacts than he was in finding good writers who could capture the essence of a client. As business and financial news reporting improved in the 1970s and ’80s, he sought writers adept at detailed analysis, not the old puffery about chief executives and companies.

Mr. Burson knew presidents and world leaders, but never talked about them, associates said. He was wealthy, but lived modestly. He and his wife, Bette Burson, lived quietly for decades in Scarsdale. He had married Bette Ann Foster in 1947. (She was his office manager during the first five years of their marriage.)

Ms. Burson died in 2010 at 85. Mr. Burson is survived by their sons, Scott and Mark; and five grandchildren.

Mr. Burson collected stamps and looked like an old-world philatelist: contemplative, analytical. He was a small man with a gentle face, appraising eyes behind improbably oversize glasses and a bald pate with a fringe of gray touching the ears. The voice was soft, patient. To a question, he would think a bit, and then have something to say.

In 1979, Burson-Marsteller was acquired by Young & Rubicam, the advertising agency, which was absorbed by the communications giant WPP Group in 2000. Mr. Burson remained as chief executive of Burson-Marsteller until 1989, when he became founder-chairman. He continued for many years to visit company offices, mentor employees and meet clients. Mr. Marsteller, who retired in 1979, died in 1987.

Mr. Burson won numerous awards and lectured at many colleges and universities. He wrote two memoirs, “E Pluribus Unum: The Making of Burson-Marsteller” (2004) and “The Business of Persuasion: Harold Burson on Public Relations” (2017). Since 2006, when he turned 85, he had written a blog on current events, history and people.

“Blogging is akin to taking dope,” he said. “The more I blog, the more I like it.”

Harold Burson was born in Memphis on Feb. 15, 1921, a son of English immigrants, Maurice and Esther (Bach) Burson. He graduated from high school at 15 and worked his way through the University of Mississippi writing articles, at 14 cents per column inch, for The Commercial Appeal in Memphis. One article, in 1937, was an interview with William Faulkner; it made the front page, was picked up by a wire service and ran in many newspapers.

After graduating from Ole Miss in 1940, he took a P.R. job with H.K. Ferguson, an engineering and construction company, which began building military installations as America went to war. Deferred from the draft for a time, he joined the Army in 1943, in the middle of World War II.

As a soldier he removed land mines from Normandy beaches after the 1944 Allied invasion, and was later a radio reporter for the American Forces Network, covering early trials of Nazi war criminals at Nuremberg. On the eve of the trial of Hermann Goering, Rudolf Hess and others who had been close to Hitler, he caught the mood of an empty courtroom when, in a script, he wrote, “Tomorrow morning, the conscience of the world will be present.”

He added: “These trials have a meaning even greater than the immediate importance of doing justice in reference to those men charged in the indictment with plunging the world into war. The real long-range importance of these trials would subsequently mean that we have, in our time, established an agency to which we could hold accountable the rulers of all nations of the world in years to come.”

He mustered out in 1946, landed in New York and became sole proprietor of Harold Burson Public Relations.