Dublin has long been a beer and whiskey town. For generations pubs poured the same pints of stout and familiar bottles of whiskey, but in recent years a shift has shaken the local drinking scene. A new type of bar — focused on craft cocktails and often showcasing the mixing potential of Irish spirits — is steadily gaining popularity. Locals are now frequently choosing cocktails over pints of Guinness.

From the heart of Dublin near Grafton Street to the historically working class enclave of the Liberties, a slew of recently opened bars are attracting attention to the art of mixing drinks in the Irish capital.

More than a decade ago, the closest thing to a cocktail that could be found in a pub often was a measure of gin over ice, served alongside a small bottle of tonic water. But after the global financial crash in 2008, many rules of what a successful business looked like were thrown out, according to local restaurateurs and bar owners. Formal restaurants folded as customers craved value over glitz. With less money, people were choosy about where to spend it. The same old pints were no longer enough to lure locals away from evenings at home.

“Restaurant and bar owners upped their game,” said Stephen Teeling, co-owner of the Dublin distillery, Teeling Whiskey. “Concepts needed to be reinvented to encourage people to come out. And people who trained abroad brought a new skill set back to Ireland.”

In 2015, Mr. Teeling and his brother Jack opened the Teeling Whiskey Distillery in the Liberties, a neighborhood where his family has roots in whiskey production dating back to 1782.

“It was our goal to revive distilling and bring our family back to the Liberties,” Stephen Teeling said. “Ireland had experienced the worst downturn in recent history with most people saying Ireland would never recover, but we took a different approach that it was the time to rebuild.”

Distillery tours, starting at 15 euros (or about $17), provide insight into the whiskey-making process, but the sleek, contemporary space also has appeal beyond tours. Locals cross the distillery threshold for pairings, cocktail master classes and comedy nights in the upstairs Bang Bang Bar. In February 2018, the Teelings added the Finishing Room, a second bar within the distillery that has a wider menu of cocktails, live music and later hours than the Bang Bang Bar.

“There are two main reasons for a growing interest in craft cocktails,” said Stephanie Shen, bar manager at Chelsea Drugstore, a cocktail bar set in an old pharmacy on South Great George’s Street in Dublin. “The food industry and the bartenders themselves.”

Customers like to witness the creation of their drinks, and bartenders have become an attraction with both their skills in mixing cocktails and enthusiasm for conversation and answering questions about the drinks.

“The hot seats are at the bar counter,” said Karl Byrne, food and beverage manager at the Westbury Hotel, home to the Sidecar Bar, just off Grafton Street in Dublin’s city center. “Customers want to see the skills of the bartender, to watch them showing off their craft.”

In the summer of 2017, six months after opening, the Sidecar Bar hosted a landmark cocktail event. The team from the New York City cocktail bar The Dead Rabbit in Manhattan’s Financial District traveled to Dublin to recreate their award-winning drinks over a five-day residency; reservations for every time slot were booked within one day of being available to the public. “People traveled from Northern Ireland, London and up from the country just to have a cocktail,” Mr. Byrne said.

As drinking venues are changing, so are the drinkers themselves. “Customers are more open now to trying new things, especially if it looks good on Instagram,” said Will Lynch, a spokesman for the Slane Irish whiskey brand and former head bartender at the trailblazing Exchequer Bar in Dublin. Travelers can investigate some of Dublin’s more camera-ready craft cocktail bars by checking out Instagram accounts of The Liquor Rooms, The Blind Pig, Hang Dai and Peruke & Periwig. 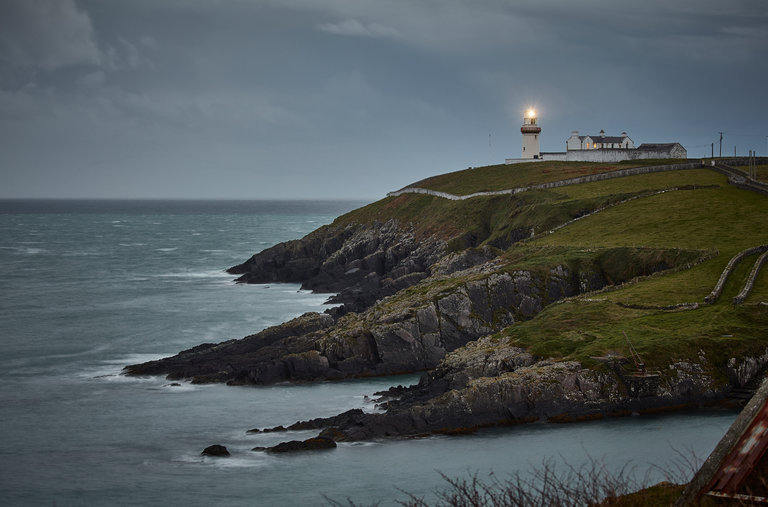 A Cheapskate’s Guide to Dublin, Rich in History and Beer 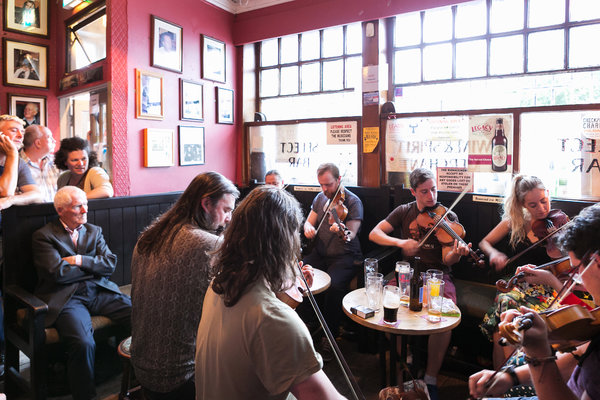 Even as drinkers are discovering fresh concoctions in their glass, there’s a familiar element to these new bars. “Everyone knows about the Irish welcome,” said Ariel Sanecki, mixologist at the Tack Room, a cocktail bar within Adare Manor, a five-star hotel in County Limerick that reopened in Nov. 2017 after a 21-month renovation.

The reimagination of the property included creative cocktails with names like “Japanese Garden” and “Dunraven Delight,” with ingredients such as sake, matcha and yuzu, and served in handblown glassware. The Tack Room is as much a destination for the theater of mixing drinks as it is a cozy place for a nightcap.

Cask, honored as the Best Overall Cocktail Bar 2018, according to the Irish Craft Cocktail Awards given by industry professionals, is not in Dublin, but Cork City, about a 2-hour and 45-minute drive from Dublin.

“Traditionally, cocktail bars can have a stuffiness,” said Andy Ferreira, bar manager at Cask. “But in Ireland, what we do better than anyone else is hospitality. There’s a natural welcome, banter, music, fun and no ego.”

Cask attracted the media spotlight with a focus on foraged ingredients like seaweed and nettle, plus attention to treating ice as an important element of the cocktail, not an afterthought. “We’re the customer’s steppingstone to trying something new,” Mr. Ferreira said.

The growing popularity of craft cocktails has spread well beyond Dublin, and its rise could have stifled the unfussy fun of Ireland’s bar scene. And yet, the opposite is true. Instead of a gruff doorman with a clipboard outside a cocktail bar, visitors can expect the warm welcome, conversation and personality inherent to Ireland’s best pubs at this new generation of bars.

“What Irish people tend to hate is pretension,” said Stephen Teeling, the distillery co-owner, adding that such affectations crept in during the country’s economic boom years, “but it’s not us.”