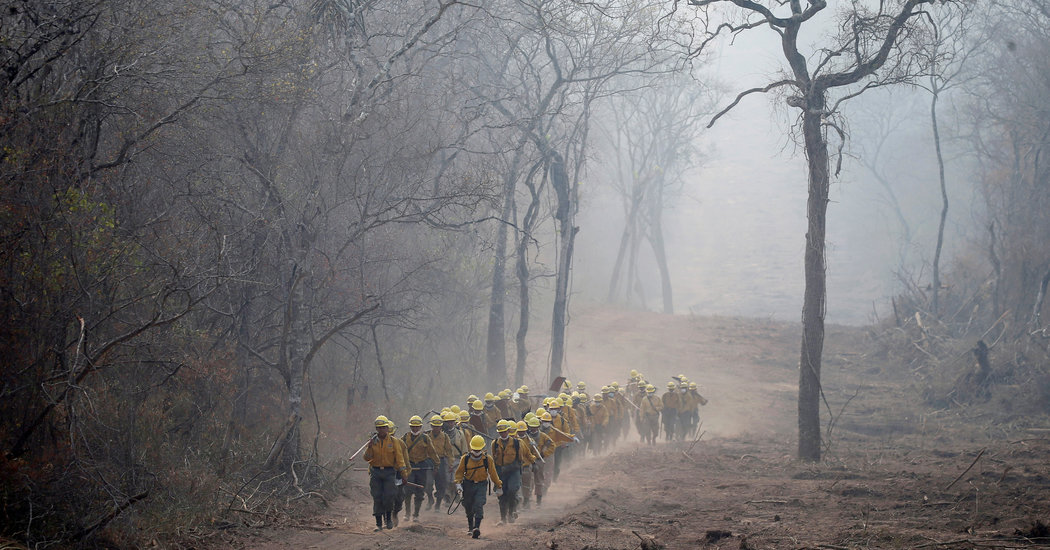 Recent heavy rains in the Bolivian Amazon have helped put out forest fires that have raged for two months across the landlocked South American nation, charring more than four million hectares of land, the local authorities said on Monday.

The storms helped Bolivia’s military contain blazes in the Chiquitania region, home to large areas of dry forests and Indigenous communities that have lived in them for centuries.

“Satellite images no longer detect burning or reactivated fires,” said Cinthia Asin, an official for environmental issues for the provincial government of Santa Cruz, a farming province in eastern Bolivia hard hit by the fires.

Indigenous groups have marched through the province. In the capital, on Friday, hundreds of thousands of people protested against what they said had been a slow response by the national government to the fires.

The national weather service also said that in Chiquitania, no fires were registered on Monday. But it warned that strong sunshine and high temperatures were expected to return to the region in the coming days, raising the risk of fires ahead.

The armed forces commander, Williams Kaliman, said that there was no immediate plan to withdraw the estimated 5,000 troops that had been sent to battle the worst fires that Bolivia has had over the last two decades. Critics say that deforestation caused by the government’s policy of increasing farming is to blame for the disaster.

The government said that it has spent more than $20 million to douse the flames. Complaints over the government’s handling of the crisis have dented the popularity of the nation’s leftist president, Evo Morales.

In neighboring Brazil, the number of fires in the Amazon rainforest receded in September amid improved weather conditions and containment efforts by the country’s military.