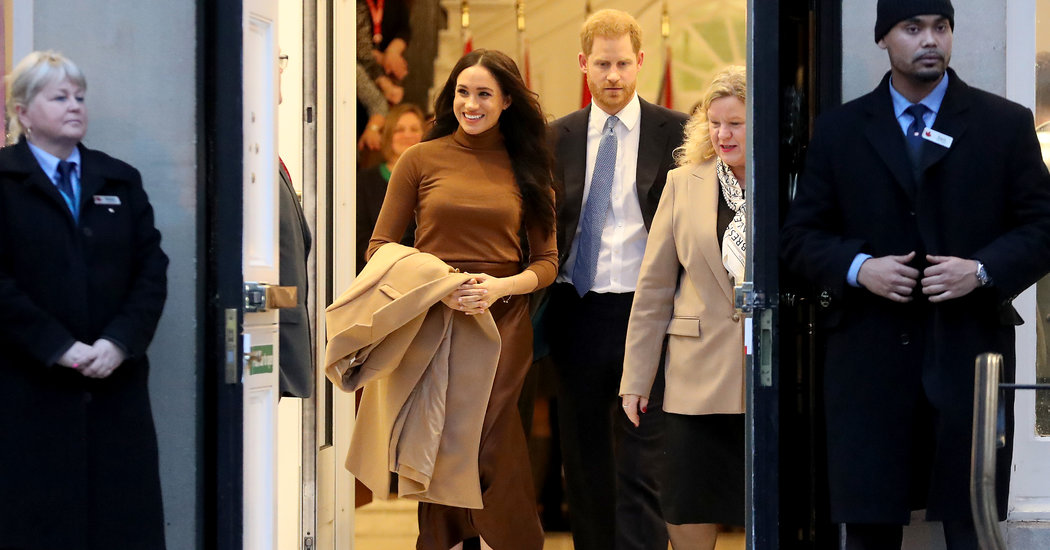 OTTAWA — Queen Elizabeth II may have blessed plans by Prince Harry and his wife, Meghan, to become part-time residents of Canada, but the monarch’s status as the country’s formal head of state doesn’t mean the couple can expect any special treatment on many fronts.

When it comes to immigration, taxation and even what they call themselves, Harry and Meghan will be no different from any other newcomers to Canada.

But one area where they could receive unique consideration is their personal security.

The couple, known formally as the Duke and Duchess of Sussex, have offered little detail about their plans, including where they intend to live in Canada, how much of their time they will spend in the country and how they plan to become independent of funds set aside by Britain for its royals.

But when they do make their move, the duke and duchess won’t get a V.I.P. pass through immigration.

“There are no provisions in the Citizenship Act that confer Canadian citizenship status to members of the royal family,” Immigration, Refugees and Citizenship Canada, a government department, said in a statement. “In order to become legal permanent residents of Canada, they would need to apply through our normal immigration processes.”

The statement added, “However, members of the royal family are not required to seek authorization to come to and stay in Canada as visitors.”

Experts in Canadian immigration law suggested that to avoid a number of complexities, the couple would be just visiting rather than calling Canada home.

For example, many of the ways to get permanent residency in Canada require applicants to have specialized skills or high levels of education. Prince Harry trained as a military officer at the Royal Military Academy Sandhurst, but he does not have a university degree, which lawyers said would be a major stumbling block for him.

“I doubt very much they would apply for permanent residency,” said Sergio R. Karas, an immigration lawyer in Toronto. “That would not be a good option for them.”

As visitors, the couple can remain in Canada for up to six months without any sort of special visa. The catch, however, is they wouldn’t be able to work in the country, where coins and $20 bills bear likenesses of the queen, if that is indeed part of their financial freedom plan.

Helen Park, an immigration lawyer with the Dentons law firm in Vancouver, British Columbia, said that while they couldn’t seek employment, they could manage businesses based outside Canada while there as visitors.

If they decide to seek residency with the right to work in the country, there are several possible channels they could explore of varying difficulty and plausibility.

The easiest, but perhaps least likely, avenue would be for Prime Minister Justin Trudeau’s immigration minister to grant them residency on “compassionate grounds.”

“But is Harry going to say, ‘My grandmother is chasing me out of England’?” Mr. Karas said.

The government, Ms. Park said, could also declare them to be people of significant economic social or cultural benefit to Canada — a measure commonly used for prominent scientists, artists or literary figures.

Either form of queue cutting might prompt a political backlash.

While Canada is generally welcoming to immigrants, the process is expensive and time-consuming for many of them. As a result, many recent immigrants might resent any jumping in line by the royal couple.

Also, a large percentage of new Canadians include people from places like India, where the British monarchy is still strongly associated with colonial repression and is deeply unpopular.

The duchess of Sussex’s past life in Canada could, in theory, also provide the couple a way into Canada as residents.

An American, she lived in Toronto for several years while filming the American television legal drama “Suits,” when she was known as Meghan Markle. While her immigration status during that time is not public information, Canada has a special visa provision for actors working on foreign film and television productions in the country.

Ms. Park said some of her actor clients had used their time in the country to obtain residency. If — and Ms. Park noted that it’s a big if — Meghan took that step, she could then sponsor Harry for residency.

Regardless of their immigration status, the couple may face tax issues in Canada. Heather L. Evans, the executive director of the Canadian Tax Foundation, a research group, said there was no hard and fast rule for determining who is a resident for tax purposes. Instead, she said, “individual facts and circumstances are important, especially in cases of dual residents.”

Courts, she said, have found that in some cases, people who spend less than half of the year in Canada are still residents for taxation purposes.

Even murkier is the status of the duke and duchess’s royal titles if they make Canada home. In 1919, Canada’s Parliament put an end to citizens and residents being able to accept noble titles from Britain with a resolution that was affirmed twice more, as recently as 1988.

Conrad M. Black, the former press baron, had to give up his Canadian citizenship to become Baron Black of Crossharbour. There is, however, no precedent for how the resolution, which some argue is of limited legal force, would apply to a member of the royal family moving to Canada.

While royal visits to Canada, with the notable exception of appearances by Prince Charles, draw large and enthusiastic crowds, the idea of members of the British royal family moving into the country has already met some resistance. On Tuesday, The Globe and Mail, a Toronto-based newspaper that historically has been supportive of the monarchy, published a lengthy editorial urging the government to tell the couple they can’t move to Canada.

“You are welcome to visit, but so long as you are senior royals, Canada cannot allow you to come to stay,” the newspaper said. “A royal living in this country does not accord with the longstanding nature of the relationship between Canada and Britain, and Canada and the Crown.”

In a country where there is sometimes grousing about the cost of security for the prime minister, the question of who will pay to protect Harry, Meghan and their son, Archie, has been widely raised. On Monday, Mr. Trudeau said that was one of many questions that remain to be resolved.

“We are obviously supportive of their reflections but have responsibilities in that as well,” he said, referring to security. “We’re not entirely sure what the final decisions will be.”

Currently, Canada covers the cost of the security provided to the couple by the Royal Canadian Mounted Police because Harry and Meghan’s official status in Britain makes them “internationally protected persons” under Canadian law. Kent Roach, a professor of law at the University of Toronto, said that after withdrawing from official life, Meghan and Harry would lose that status.

But citing news media estimates that their annual security cost will be about 2 million Canadian dollars, or about $1.5 million, Mr. Roach anticipates that the government-funded guard will remain.

“Strict legal definitions will in the end not matter that much in this matter, especially if the cost of protection is, as reported, less than $2 million,” he said. “Canada has received that much worth in good press already.”