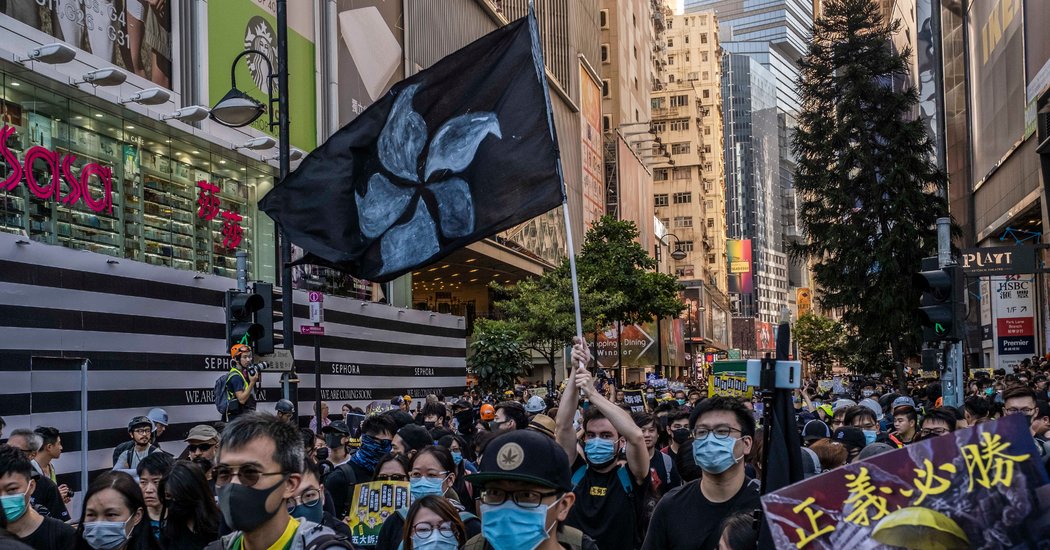 HONG KONG — Police officers in Hong Kong on Saturday fired tear gas and clashed with protesters in a central shopping district, capping 21 straight weeks of antigovernment demonstrations that have convulsed this international financial hub and helped to sink it into a recession.

In scenes that have become part of the new normal in Hong Kong, sections of the Causeway Bay shopping district and, later, the Wan Chai neighborhood were enveloped in shrouds of tear gas as riot police battled with protesters, who wore masks in defiance of a ban on face coverings enacted last month. Later in the afternoon, police shut down two rallies in the Central district that had received official authorization, citing the clashes elsewhere.

Several thousand protesters turned out for the rally at Victoria Park in Causeway Bay. It had been billed as a campaign event for Hong Kong’s upcoming district council elections, after the police rejected the organizers’ initial application to hold a demonstration. (Police permission is not always required for election events.)

Here’s the latest on the Hong Kong protests.