BANGKOK — Soaring over eastern Indonesia on Friday, Petra Mandagi exulted at the perfect conditions for a paragliding addict: azure skies, a sweet breeze and a picture postcard bay rippling below.

Even when a series of earthquakes began shaking the city of Palu on Friday afternoon after his paragliding competition had finished, Mr. Mandagi texted his wife in their hometown, Manado, and assured her that all was fine.

Less than an hour later, twin natural disasters — a 7.5 magnitude earthquake and a tsunami that unleashed an 18-foot wave — turned parts of Palu and the surrounding strip of coastline into a graveyard. As of Sunday evening, national disaster mitigation officials said that at least 832 people had been confirmed killed.

The death toll, which had more than doubled from Sunday morning, was expected to climb much higher still, with heavily populated areas outside the city still cut off from any assistance, and desperate search-and-rescue efforts continuing in the rubble of Palu, often with only rudimentary tools.

Bodies covered in tarps lined the streets of Palu, and officials said they were digging a mass grave for at least 300 of the dead.

With the prospect that thousands may have been killed, questions began mounting as to why residents were not adequately warned of the tsunami, given the area’s long and deadly history of facing killer waves.

Among the problems: None of the 22 buoys spread over Indonesia’s open water to help monitor for tsunamis had been operational for the past six years, according to Sutopo Purwo Nugroho, the spokesman for the country’s national disaster agency.

The eight-story Roa Roa hotel where Mr. Mandagi, 35, had been staying was one of the thousands of buildings in Palu that collapsed, burying him and around other 50 guests, including six more paragliders there to compete.

On Sunday, with no heavy equipment available, search-and-rescue workers used their hands to frantically claw through the rubble, with the voices of trapped victims calling out from the debris spurring on the brute manual effort.

A single body was pulled out of the hotel wreckage. But by Sunday evening, the site was eerily quiet, said Indonesian search-and-rescue staff.

“Petra went to Palu to do what he loved most, which is paragliding,” said Nixon Ray, Mr. Mandagi’s business partner in a paragliding business and a fellow adventure-sport enthusiast.

Mr. Ray, 51, decided at the last minute to skip the Palu competition but had urged Mr. Mandagi and two other friends to go without him. 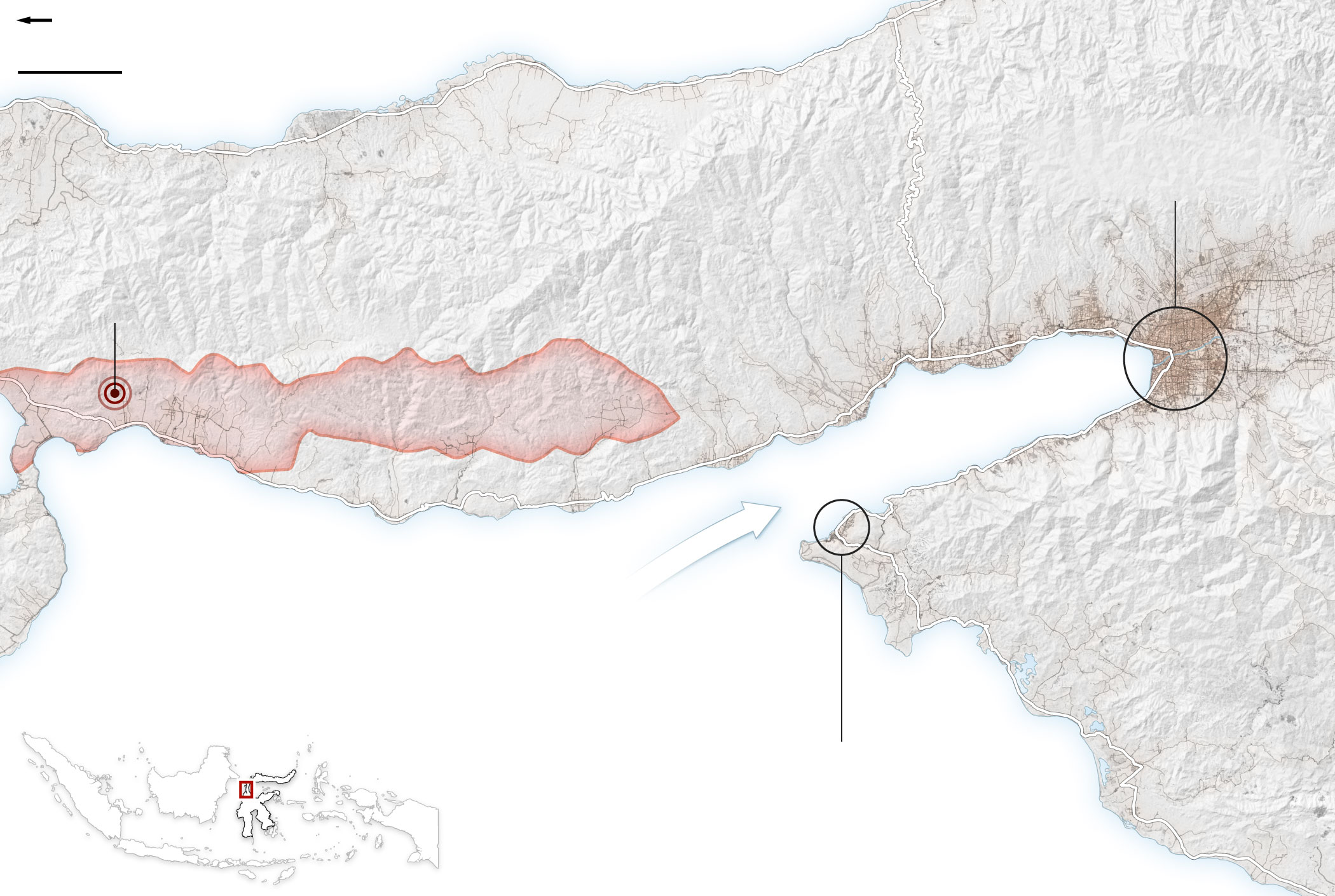 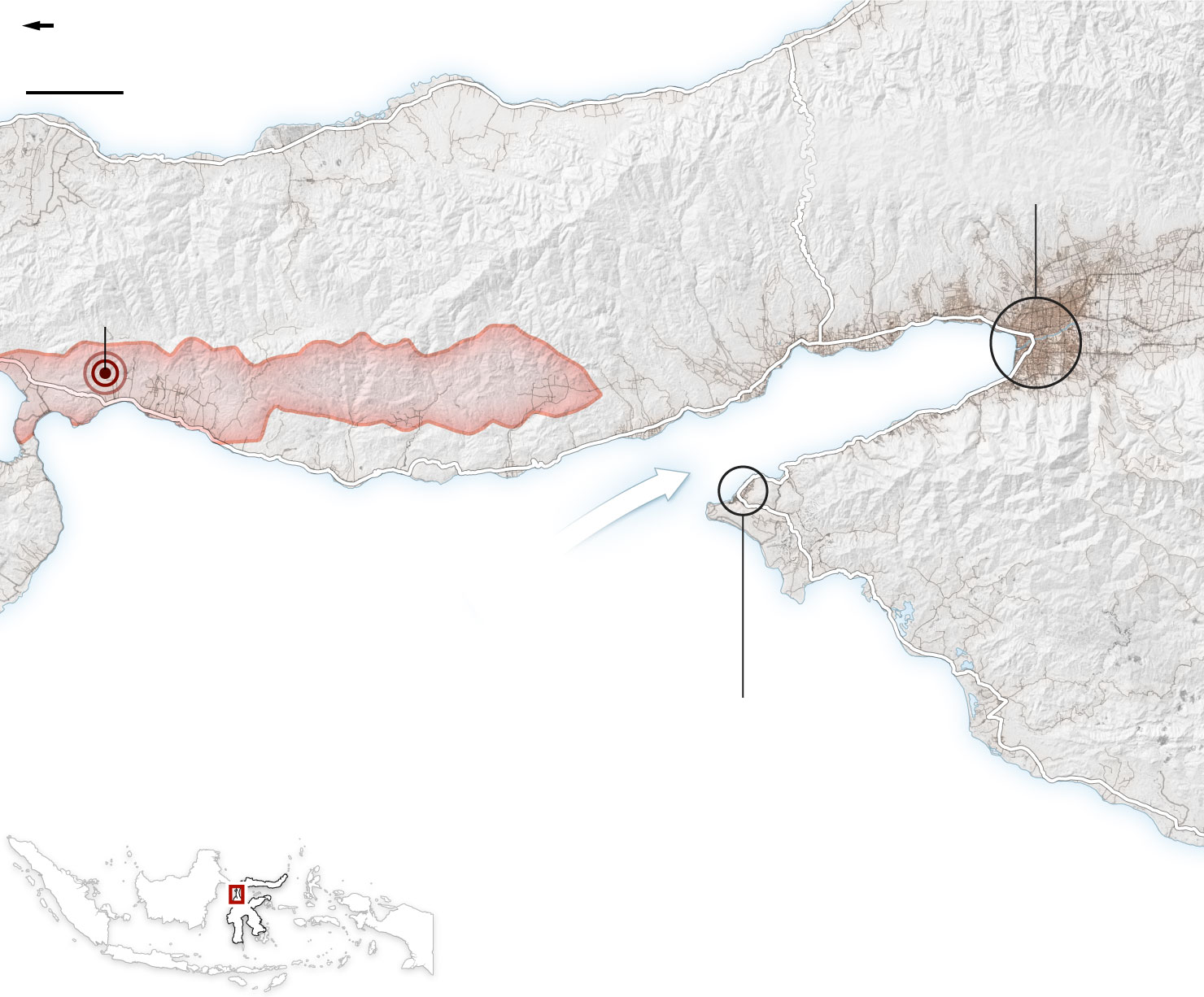 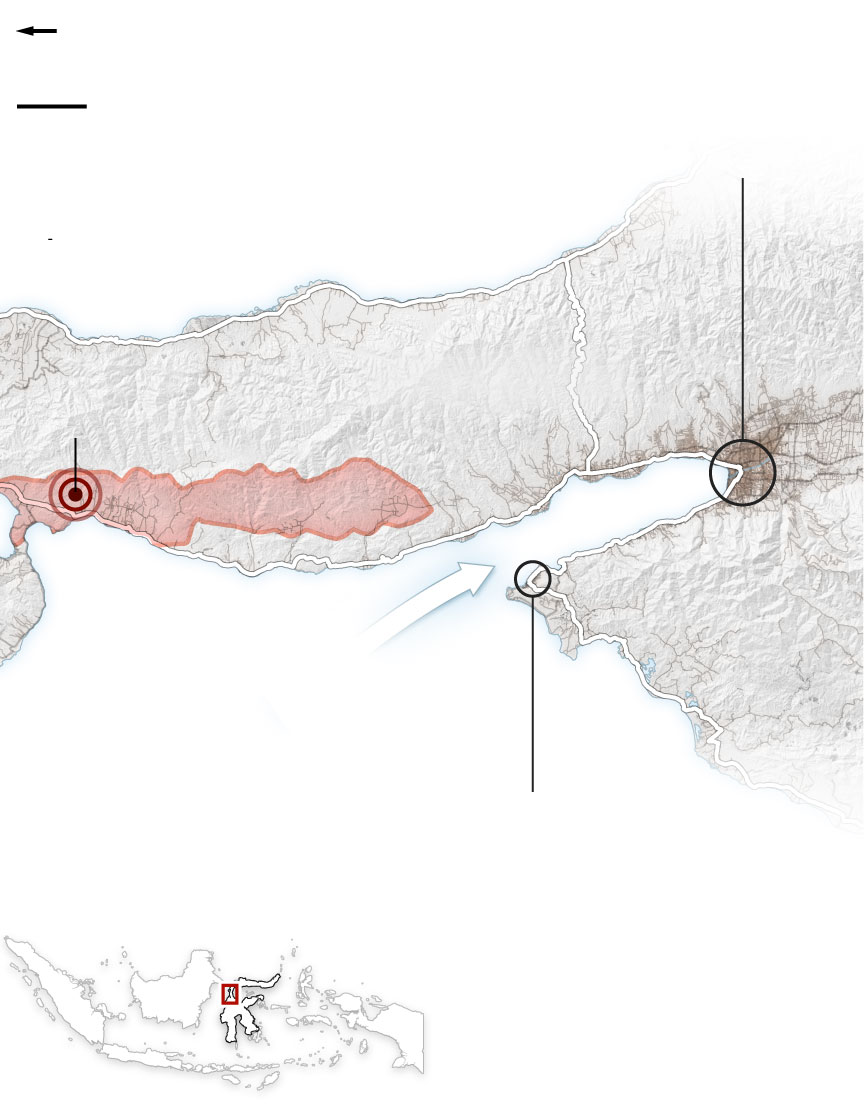 While search and rescue efforts in Palu centered on the Roa Roa Hotel and a shopping mall that had also crumpled, thousands of other buildings were destroyed by the powerful earthquake and the devastating tsunami.

Information is always fragmented in the immediate aftermath of a natural catastrophe. But Indonesia’s disaster management machinery has seemed at times overwhelmed, even in a country that is geographically positioned to habitually endure earthquakes, tsunamis and volcanoes.

Mr. Sutopo admitted that he found out about the killer tsunami that inundated Palu, deluging a beach festival as it crashed over the sand, through social media and television reports.

B.N.P.B. is the Indonesian acronym for the national disaster mitigation agency.

On Sunday, rescue workers from domestic aid agencies trickled into Palu, having driven at least 20 hours from the nearest major airport to set up their command centers in the devastated city. The Palu airport, damaged by the earthquake, was only accepting a limited number of planes laden with relief supplies.

President Joko Widodo toured Palu on Sunday and said rescuers were having difficulty reaching victims because of the shortage of heavy equipment. Fuel, electricity and food are also in short supply.

“There are many challenges,” Mr. Joko said. “We have to do many things soon, but conditions do not allow us to do so.”

Nearly 17,000 people were made homeless by the earthquake and tsunami in Palu alone, and many aid agencies were busy ensuring that their own staff members were alive and safe. World Vision, which provides financial support to around 5,700 children in the region, has located nearly all of its 70 employees and their relatives but was still waiting word on one missing employee and two family members.

“We are very thankful that most of our staff are O.K. but we are very worried about the remaining people we cannot find yet,” said Doseba T. Sinay, World Vision’s national director for Indonesia.

The government echoed Mr. Doseba’s concerns that the body count may surge as search-and-rescue teams make their way to surrounding coastal settlements, like the fishing and diving community of Donggala, which has been largely cut off by landslides and other debris. Only 11 of the deaths confirmed so far are from Donggala.

“The deaths are believed to be still increasing since many bodies are still under the wreckage and many have not been able to be reached,” Mr. Sutopo said.

While World Vision’s staff from Donggala have made it safely to Palu, where employees are sheltering in tarpaulin shelters set up in the courtyard of their office, they passed scenes of devastation on the way, Mr. Doseba said.

“They told me they saw lots of houses that were destroyed,” he said. “It is very bad.”

Even as aid groups began the grim motions of starting the gears of disaster relief, some complained that foreign aid workers with deep expertise were being prevented from traveling to Palu. According to Indonesian regulations, funding, supplies and staffing from overseas can only start flowing if the site of a calamity is declared a national disaster zone. That has not happened yet.

“It’s still a province level disaster,” said Aulia Arriani, a spokeswoman for the Indonesian Red Cross. “Once the government says, ‘O.K., this is a national disaster,’ we can open for international assistance but there’s no status yet.”

As another night fell on Palu after Friday’s earthquake and tsunami, friends and family of those still missing were holding out hope that their loved ones would be the miracles that leaven the bleak story lines of natural disasters.

On Saturday, a little boy was delivered to the police after having been plucked from a sewer. On Sunday, rescuers freed a woman who had been pinned under rubble for two days with the body of her mother next to her.

Late on Sunday, a 25-year-old woman was found alive in the ruins of the Roa Roa Hotel, according to the National Search and Rescue Agency.

Gendon Subandono, the coach of the Indonesian national paragliding team, had trained two of the missing paragliders for the Asian Games, which wrapped up earlier this month in Indonesia. Others of those trapped at the Roa Roa Hotel, Mr. Mandagi included, were his students.

“As a senior in the paragliding field, I have my own emotional burden,” he said.

Mr. Gendon recounted how, in the hours after the news of the Roa Roa Hotel collapse circulated among the paragliding community, he had desperately sent WhatsApp messages to the Palu competitors, who were taking part in the beach festival. His messages, though, only resulted in one gray check mark, rather than a pair of blue checks.

“I think that means the messages were not delivered,” he said.

A version of this article appears in print on , on Page A1 of the New York edition with the headline: Twin Disasters Turn Coastline Into Graveyard. Order Reprints | Today’s Paper | Subscribe

A Protest Singer Finds Her Voice in Vietnam’s Police State

Indonesia Searches for Survivors Amid Destruction