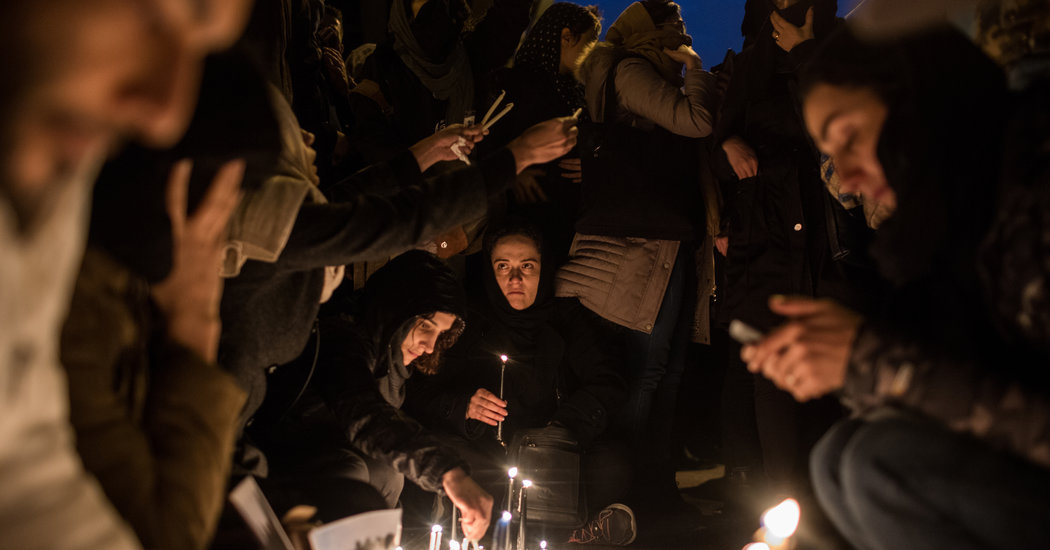 President Hassan Rouhani of Iran called on Tuesday for a special court to examine the recent downing of a passenger plane that killed 176 people, as protests flared for the fourth day in several cities over the disaster and officials’ shifting explanations for it.

But even as the president made the announcement, the Islamic Revolutionary Guards Corps, a powerful arm of Iran’s military, said it had arrested the person it identified as having filmed the video of a missile attacking the plane, which undercut the military’s initial denials that Iran was responsible. The announcement was released by Iranian media outlets affiliated with the Guards.

For three days after the crash of an Ukraine International Airlines jetliner, the military blamed mechanical failure. It eventually acknowledged that it had mistakenly shot the jet down with a missile, but insisted that “human error” was to blame, not any systemic problem.

In an apparent criticism of the military, Mr. Rouhani, a moderate, urged that an official inquiry be candid about its findings. But some hard-line lawmakers have lashed out at his administration, demanding resignations.

Gholam Hossein Ismaili, a spokesman for Iran’s judiciary, said “arrests have been” made in the case but did not provide any details, leaving it unclear how many people had been detained or how senior they were.

“It would have been better if they had announced from the beginning that commissions are investigating,” Mr. Ismaili said, in an apparent criticism of the military and the government for the initial misleading statements.

Mr. Ismaili said the flight data recorders recovered from the Ukrainian plane would be sent to France for analysis.

Iran’s supreme leader, Ayatollah Ali Khamenei, is expected to deliver a Friday Prayer sermon this week, a role he plays only at times of major crisis; the last was eight years ago.

The Ukrainian plane was shot down on Jan. 8, shortly after takeoff from Tehran, as hostilities between Iran and the United States had escalated after an American airstrike killed Maj. Gen. Qassim Suleimani. Hours before the airliner crashed, Iran had fired missiles at United States forces in Iraq in response to the general’s killing, and Iranian forces were on guard for American retaliation.

After three days of denying any role in the crash, Iran’s military admitted that the plane had been hit by at least one of its missiles.

Mr. Rouhani, himself a former commander of Iran’s air defense forces, said on Tuesday that he wanted the issue “to be addressed to the people with honesty.”

“The familiarity I have with air defense issue, I say that it can’t be one person who is responsible for this,” he said, according to the state news agency. “Not just the person who pressed the button — there are others too.”

Ali Rabeei, a spokesman for Mr. Rouhani, has said that the government did not lie, but initially made incorrect statements because it did not have all the relevant information in a tense, fast-changing situation.

“Perhaps, I can even say, it was due to being kept uninformed,” Mr. Rabeei said.

President Rouhani asked the judiciary on Tuesday to create a “special court, with a high-ranking judge and tens of experts,” to look into the downing of the airliner.

“This is not a regular case,” Mr. Rouhani said. “The whole world will watch this trial.”

Amid a heavy security presence in Tehran, protests broke out on several university campuses on Tuesday, as they have daily since the government admitted that the plane had been shot down. At Tehran University, where Mr. Khamenei had prayed over the coffin of General Suleimani just days earlier, students chanted about the ayatollah, “our shame, our shame is our supreme leader.”

At Shahid Beheshti University in Tehran, students castigated officials who had misled the public about the crash while saying they were mourning the victims. “If you are mourning why did you cover it up for three days?” they chanted.

Mr. Ismaili, the judiciary spokesman, said about 30 people have been arrested over the recent days of protests. Among them was the British ambassador, Rob Macaire, who was held for several hours. The British government condemned his detention as a clear violation of international law.

“We will not allow anyone to deface the country’s security,” Mr. Ismaili said.

Officials in Tehran said on Tuesday that 61 of the 176 victims had been identified through DNA testing, and that their remains could be handed over to their families.