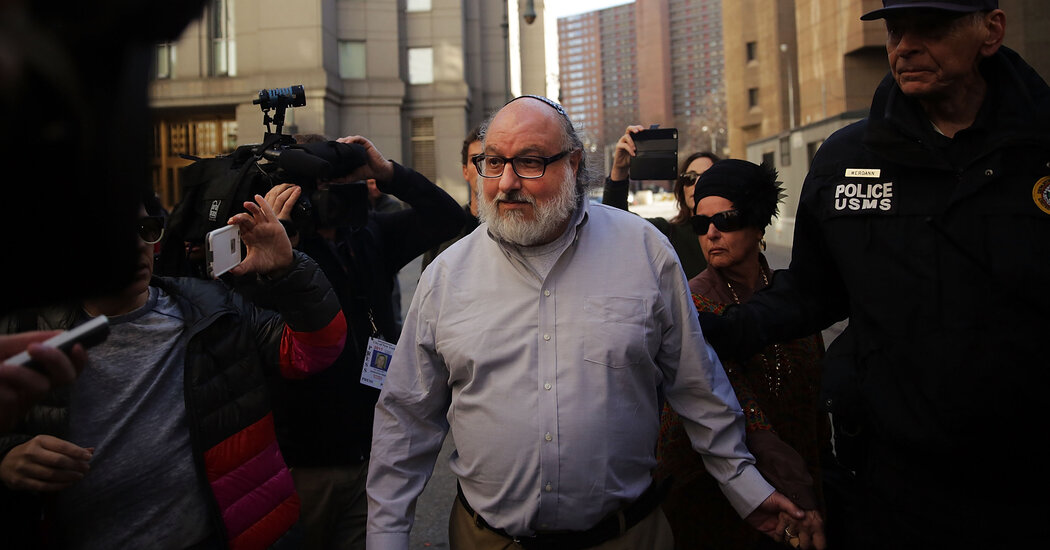 WASHINGTON — Jonathan J. Pollard, the American convicted of spying for Israel in one of the most notorious espionage cases of the late Cold War, completed his parole on Friday, the Justice Department said, freeing him to go to Israel as he has said he intends to do.

The Justice Department’s decision to let his parole restrictions expire may be one of the final gifts from the Trump administration to Prime Minister Benjamin Netanyahu of Israel. Mr. Pollard’s case had long been an irritant in the relations between the two countries, and both sides at times had used him as a diplomatic bargaining chip.

A U.S. Navy intelligence analyst, Mr. Pollard gave a range of classified documents to Israel starting in 1984. His disclosures exposed the abilities of the American spy agencies, potentially damaged intelligence collection efforts and risked exposing secrets, C.I.A. and Defense Department officials said in classified documents prepared after his arrest. He was arrested in 1985, and was convicted and served 30 years in prison before being released in 2015.

American national security officials had long objected to any easing of Mr. Pollard’s punishment, highlighting the damage Mr. Pollard did to American intelligence collection. But objections from intelligence officers have largely become muted, with some acknowledging that Mr. Pollard has both served his time and fulfilled his parole obligations.

The United States Parole Commission, the arm of the Justice Department that supervises the releases of federal prisoners, decided Friday not to extend the travel restrictions it had placed on Mr. Pollard when he was released from a federal prison five years ago.

“After a review of Mr. Pollard’s case, the U.S. Parole Commission has found that there is no evidence to conclude that he is likely to violate the law,” said Nicole Navas Oxman, a spokeswoman for the Justice Department. “Thus, in accordance with the statute, the commission has ordered that, as of today, his parole supervision is terminated and he is no longer subject to the conditions of parole.”

Mr. Pollard, now 66, was given Israeli citizenship in 1995 and has said he would move there if allowed. His lawyers, Eliot Lauer and Jacques Semmelman, said in a statement that he was free now to travel to Israel and that they looked forward to seeing him there, though they did not say when he would go.

Mr. Pollard, who is in ill health, wants to live out his life and be buried in Israel, said Alan M. Dershowitz, a professor emeritus at Harvard Law School who has advocated on behalf of Mr. Pollard.

In Israel, Mr. Pollard still is viewed as a hero, who sacrificed much for the country’s security. But even if time has blunted the outrage, the American government continues to view him as a traitor who did huge amounts of damage.

Still, intelligence officials in the United States and Israel are eager to forget Mr. Pollard and the contentious era he represented when the countries’ intelligence relationship was marked as much by spying and suspicion as it was by cooperation.

Some former American intelligence officials noted that the threat of Israel spying on the United States remains, even as cooperation has deepened. In just the past year, the countries have worked closely together on the assassinations of Maj. Gen. Qassim Suleimani, Iran’s security mastermind, and Abu Muhammad al-Masri, a senior Qaeda operative living in Tehran.

After his arrest in 1985, Mr. Pollard eventually pleaded guilty in a deal with prosecutors who agreed to seek a yearslong sentence. But the judge, relying on a once-classified damage assessment written by Defense Secretary Caspar W. Weinberger, sentenced him to life in prison. Mr. Pollard ultimately served three decades behind bars, the longest stretch in prison for an American who illegally gave material to an allied government.

In October 1987, the C.I.A., with Mr. Pollard’s cooperation, began working on a damage assessment. Though a redacted version of the document has been made public, much remains classified. Intelligence officials identified a large number of documents on varied topics that Mr. Pollard shared with Israeli officials.

The report found that while the Israelis did not request information on American military plans or some of the most delicate topics, the “sheer quantity” of disclosures posed a risk to intelligence sources and collection methods. “Pollard’s operation has few parallels among known U.S. espionage cases,” the C.I.A. report said.

Mr. Pollard was released from prison in November 2015, leaving a federal penitentiary in North Carolina to live in New York. The conditions of his parole, unsuccessfully contested by his lawyer and the Israeli government, did not allow him to travel outside the United States for five years without permission.

Over the years, Israeli leaders have sought his release, only to encounter stiff resistance from American intelligence and defense officials, including George Tenet, the former C.I.A. director, and Donald H. Rumsfeld, the former defense secretary.

Mr. Netanyahu repeatedly pressed President Bill Clinton to commute Mr. Pollard’s sentence so he could move to Israel, arguing that his release was key to winning over right-wing support for any Israeli-Palestinian peace deal pushed by the White House.

“The Navy program was really shaken by what he had done right under their noses,” said Jim Townsend, a former senior Pentagon official who joined Navy intelligence as a reservist around the time of Mr. Pollard’s arrest.

The damage that Mr. Pollard did in particular to the National Security Agency’s collection efforts was too great, intelligence officials said, to allow any early release, pardon or commutation. In 1999, as the Clinton administration was considering a pardon, intelligence officials leaked information about the damage they believed his spying caused.

Over the years, Mr. Pollard’s release had come up in conversations between Israel and the United States in the context of peace talks with the Palestinians. But during the Trump administration, a number of moves that other presidents held in reserve as incentives to prod Israel to make a deal with the Palestinians were done unilaterally, including recognizing annexation of the Golan Heights and moving the American Embassy to Jerusalem.

Allowing Mr. Pollard to move to Israel may be a similar gesture as the Trump administration has continued to focus on Israel in its final weeks. This week, Secretary of State Mike Pompeo visited an Israeli settlement in the West Bank and a community in the annexed Golan Heights.

Now that Mr. Pollard has served his sentence and fulfilled the terms of his parole, the internal opposition to allowing him to go to Israel has eased. No longer are intelligence chiefs threatening to resign in protest — or even taking much notice of the impending end of Mr. Pollard’s parole restrictions.

“If he’s served his time and finished parole, I would see no damage in letting him go to Israel,” said Gregory F. Treverton, a former National Intelligence Council chairman. “Any secrets he knows are now out or old.”