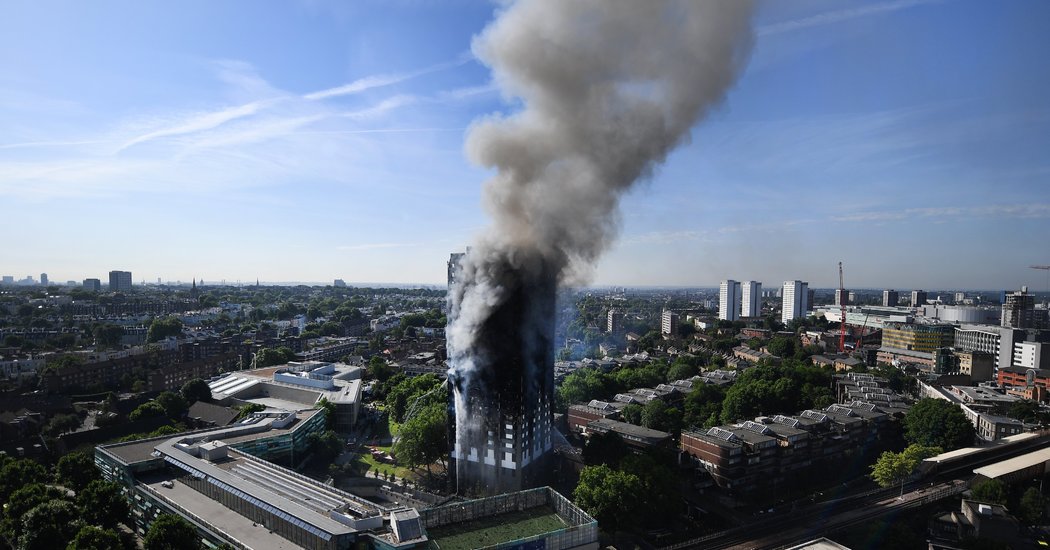 LONDON — The London fire chief, who has come under intense criticism for her agency’s response to the fatal Grenfell Tower fire in 2017, announced on Friday that she would resign at the end of the year.

“I feel honored to have served London and I will do all I can to assist the safe transition of my responsibilities to the new London fire commissioner when they are appointed,” Dany Cotton, the commissioner of the London Fire Brigade, said in a statement.

The Grenfell fire, the worst in modern British history, killed 72 people, and Grenfell United, a group of bereaved families and survivors, had long called for Ms. Cotton’s resignation. “This change in leadership is needed to keep Londoners safe,” it said in a statement.

Our reaction to the news that London Fire Commissioner Dany Cotton will step down on 31 December: pic.twitter.com/psljvcTQZi

Ms. Cotton, who had planned to retire in the spring, resisted calls to step down in October, when an official inquiry into the fire found fault with the Fire Brigade and with her personally.

The inquiry reported that the agency was unprepared to deal with a fire of such magnitude; that it lacked crucial information on the building; and that both firefighters and emergency operators advised residents to stay in the tower when they should have tried to escape.

In the 900-page report, Martin Moore-Bick, the chairman of the Grenfell inquiry, criticized Ms. Cotton for “remarkable insensitivity to the families of the deceased and to those who had escaped from their burning homes with their lives.” He called the Fire Brigade “an institution at risk of not learning the lessons of the Grenfell Tower Fire.”

His findings infuriated firefighters and survivors, who accused the him of shifting blame by focusing the first phase of the investigation on what happened on the night of the blaze.

The next phase of the inquiry is expected to focus on the underlying cause of the disaster: flammable exterior cladding and insulation that allowed the fire to engulf the tower quickly. The cladding is not allowed in high-rise buildings in various countries, including the United States, and investigations after the fire concluded that it did not meet British safety standards.

“All we could see was blame against the brave firefighters, who saved my family’s life,” Asma Kazmi, a survivor of the fire, said in October when the report was published.

But many families viewed the firefighters and their leader quite differently. Last month the relatives of 20 people who died in the fire sent a letter to Mayor Sadiq Khan of London asking for the resignation of Ms. Cotton, whom they called “incompetent.”

The blaze began at 12:50 a.m. on June 14, 2017, on the fourth floor of the 24-story tower. Like most modern high-rises, it had a concrete structure that was designed to keep any fire compartmentalized, but instead the flames spread rapidly across the exterior, a phenomenon that caught firefighters off guard.

Ms. Cotton, the first woman to lead the London Fire Brigade, served as a firefighter in London for 32 years. She called the Grenfell Tower fire the worst the brigade had experienced.

“The brigade has and will keep making the changes it can make and continue its fight for all of the other changes that are needed, to prevent such a terrible incident and loss of life from happening again,” she said in her statement.

Groups of survivors have accused the government of not enacting lessons learned from the fire. Thousands of people still live and work in buildings wrapped in the type of cladding that fed the inferno.

“Two and a half years since the Grenfell fire, there has been no effort to identify the buildings most at risk or to prioritize work on the basis of safety” Natasha Elcock, the chair of Grenfell United, wrote to British party leaders on Tuesday. “Action is needed now.”

Mr. Khan thanked Ms. Cotton for her service at the London Fire Brigade, and called her decision to resign “the right one.”

He added in a statement that he would soon appoint a new fire chief who could quickly “deliver on the recommendations made in the Grenfell Tower Inquiry report.”