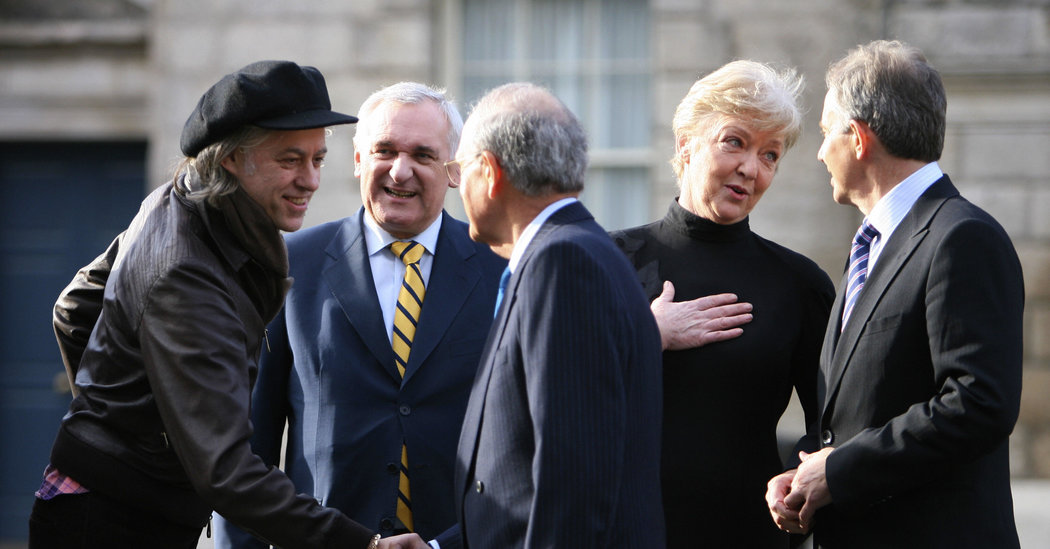 DUBLIN — Marian Finucane, who broke taboos as a radio broadcaster in Ireland by addressing topics like divorce, rape, contraception, homosexuality and the female orgasm, becoming one of the country’s most popular on-air personalities, died on Jan. 2 in Naas, County Kildare. She was 69.

Her family said the cause was apparently heart failure.

As the presenter of “Women Today,” a groundbreaking show that was introduced on state-owned RTE radio in 1979, Ms. Finucane (pronounced fin-OO-kan) broached topics that had largely been off-limits in a society dominated at the time by restrictive Roman Catholic teachings.

Frank discussions of these subjects on her program led to protests by clergy and conservative leaders, but they also helped propel a secular tide that has since transformed Ireland into one of Europe’s most liberal societies, where popular votes have legalized divorce, gay marriage and abortion.

An early highlight of her career was a 1979 radio documentary, “The Lonely Crisis,” in which Ms. Finucane accompanied an Irish woman as she, like thousands of others every year, traveled to Britain to seek an abortion. Taking a matter-of-fact, nonjudgmental approach, the documentary won a Prix d’Italia from the Italian Press Association. Later, having settled into her studio role, Ms. Finucane earned a reputation as a sympathetic, sometimes mischievous interviewer but also as a deceptively tough one.

One of her best-known interviews, on the weekend program “The Marian Finucane Show,” was with the Dublin- and New York-based writer Nuala O’Faolain in 2008. Ms. O’Faolain talked about her refusal to seek treatment for the cancer that would kill her a month later at the age of 68.

“Even if I gained time through the chemotherapy, it isn’t time I want,” Ms. O’Faolain said to Ms. Finucane. “Because as soon as I knew I was going to die soon, the goodness went out of life.”

Ms. Finucane had a close friendship with Ms. O’Faolain and Ms. O’Faolain’s sometime partner, the journalist Nell McCafferty, both of whom were part of a new wave of Irish feminists in the 1970s. Ms. Finucane was introduced to activism when, as a 19-year-old architecture student, she joined others in protesting unchecked development in Dublin by occupying an 18th-century building scheduled for demolition.

Marian Finucane was born on Feb. 21, 1950, in the Glasnevin neighborhood of north Dublin to Daniel and Maura (Herlihy) Finucane. Her mother was an elementary schoolteacher, her father a police sergeant. She attended an Irish-speaking school, Scoil Chaitriona, before becoming one of a handful of women in a 40-member class studying architecture at the Bolton Street College of Technology, now part of the Technological University of Dublin.

After a short spell in architecture, she switched to working for the state-owned Radio Teilifis Eireann, then the country’s only licensed radio station, as a continuity announcer, delivering information between programs. She was still considered relatively inexperienced when, at 29, she was chosen to present the new “Women Today” program with a team of young, mainly female producers and researchers.

From her early successes in women’s programming, she went on to present “Liveline,” a prime time call-in show, which grew out of “Women Today” and remains a national institution. She left that program in 1999 and went on to present “The Marian Finucane Show,” first in a morning slot and then, starting in 2005, on weekends. She was host of the show at her death.

The program, attracting the largest weekend listenership of any in Ireland, served as a guide to the thinking of mainstream politicians, journalists and academics on such issues as economic austerity after the financial crash of 2008. To much of the public she was known simply as “Marian.”

Ms. Finucane married a fellow architect, Larry Granville, in 1974; they were divorced five years later. She married John Clarke, a farmer, in 2015. He survives her.

In addition to her husband, her survivors include their two children, Jack and Sinead; three stepsons, Jocelyn, Neil and Timothy; two sisters, Therese Hassett and Dorothy Colgan; and two brothers, Noel and Tomas Finucane.

Following Sinead’s death from leukemia in 1999 at age 8, Ms. Finucane became involved with hospice work in Ireland, and she and Mr. Clarke founded a charity to work with AIDS patients, including orphans, in South Africa.