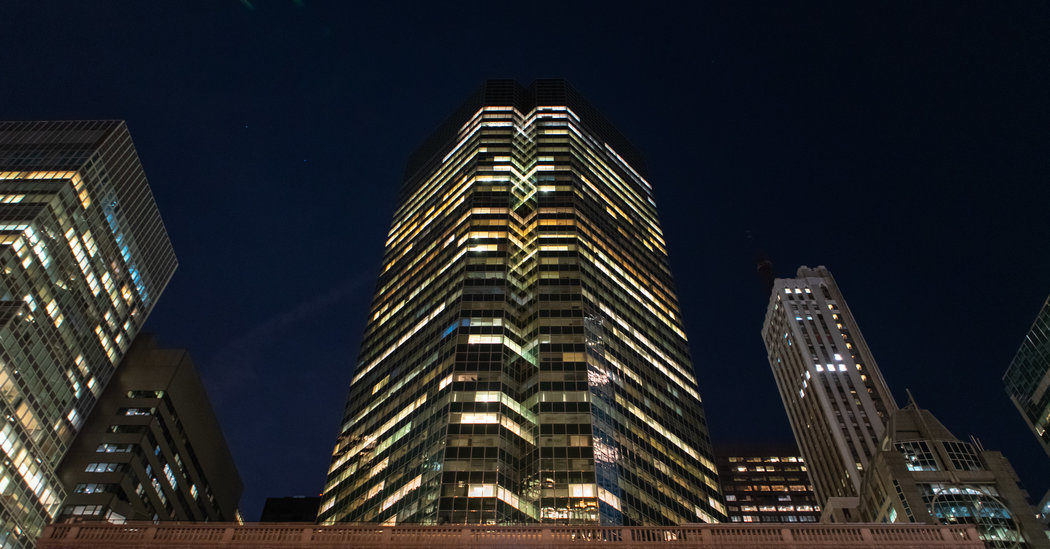 McKinsey & Company, the elite consulting firm that advises many of the world’s largest and most powerful institutions, is facing a federal criminal investigation of its conduct advising bankrupt companies, according to five people familiar with the matter.

Prosecutors and other Justice Department officials in New York and Washington are trying to determine if McKinsey used its influence over insolvent companies in violation of the rules of Chapter 11 bankruptcy — where billions of dollars can change hands — by quietly steering valuable assets to itself or favoring its own clients over other creditors.

Gary Pinkus, McKinsey’s North America chairman, said the firm received an inquiry from the United States Attorney’s Office in Manhattan last year, and addressed it. “Since then, we have received no additional requests from the U.S.A.O.,” he said.

In the past two weeks, investigators have conducted interviews about McKinsey’s actions in the bankruptcies of at least two companies, Alpha Natural Resources, a coal producer, and SunEdison, an alternative energy company, said one of the people, who was questioned by F.B.I. agents.

The judges overseeing both those cases have already suggested that questions over McKinsey’s conduct could best be resolved by the Justice Department — either with civil actions or criminal charges.

In addition to the previously unreported criminal investigation, an investigation by the Office of the United States Trustee, a division of the Justice Department that polices the conduct of companies in the bankruptcy system, is underway.

The office, which can seek civil penalties and make criminal referrals to prosecutors, has told judges in at least three other bankruptcy cases that it was examining McKinsey’s practices. The firm said it had responded to questions from the United States Trustee.

Neither investigation will necessarily result in legal action against the firm or its executives. But a criminal case would represent a blow to McKinsey’s reputation.

“Would it kill McKinsey? No, because McKinsey has far more lines of business than bankruptcy,” said Bruce A. Markell, a professor of bankruptcy law at the Pritzker School of Law at Northwestern University.

Mr. Markell said an investigation could hinder the firm’s bankruptcy advisory practice — whose clients include PG&E, the California utility facing enormous liabilities over wildfire damages — but would most likely not affect other parts of the firm.

“I think McKinsey’s still standing at the end of this,” he said. “It may not be as tall. It may be a bit bowed, but I think they’re still on the playing field.”

The criminal investigation represents a potent threat to a venerable company that has been dogged by mounting criticism that it has prioritized its own profits over clients, ethics and the law. McKinsey refunded millions of dollars in fees after South African authorities accused it of helping associates of the country’s former president, Jacob Zuma, loot public coffers. The firm’s name surfaced in a case federal prosecutors brought against a Ukrainian oligarch because it gave a presentation that cited the need to bribe officials in India. And court records recently revealed its role in helping opioid makers sell more drugs, although the firm was not a defendant in that case.

But the activities of McKinsey’s bankruptcy advising business have invited especially intense scrutiny. Such advisers have significant influence over the handling of bankrupt companies’ assets, and help determine which creditors receive the best returns on defaulted debt.

Much of the criticism has come from Jay Alix, the founder of a competing firm who has attacked McKinsey in courts across the country. He formed an investment company, Mar-Bow Value Partners, to buy debt of bankrupt companies in order to bring complaints against the firm’s restructuring division, McKinsey RTS.

Mr. Alix has told judges he believes that McKinsey does not properly disclose its connections to other parties involved in the cases, breaking rules meant to ensure fair dealing. He has met with mixed results: Judges have voiced concerns about the issues he has raised, but some have dismissed his complaints because they said he lacked standing in the cases.

“Over the past few years, Jay Alix has waged a relentless campaign based on false allegations to drive McKinsey out of the bankruptcy advisory space in order to advantage his firm AlixPartners,” Mr. Pinkus said. He said courts have dismissed Mr. Alix’s claims in four separate bankruptcy cases, including those of Alpha Natural Resources and SunEdison, as well as a complaint Mr. Alix brought last year under the Racketeer Influenced and Corrupt Organizations Act.

Mr. Pinkus said the inquiry McKinsey received from federal prosecutors in New York came shortly after Mr. Alix filed that complaint in May 2018. (That complaint was dismissed in August after the judge found Mr. Alix could not show he had been directly harmed.)

While the prosecutors’ specific interests in Alpha Natural Resources and SunEdison remain unclear, there are hints in the extensive public record of Mr. Alix’s complaints.

In the Alpha Natural Resources bankruptcy, McKinsey did not disclose that it owned some of the company’s debt, an arrangement that ultimately gave McKinsey a stake in the restructured company, called Contura. Bankruptcy advisers are prohibited from holding direct or indirect stakes in the insolvent company.

McKinsey owned the debt through MIO Partners, a $25 billion investment fund for current and former employees that is listed on its site as a subsidiary of the firm. Its board is populated largely by current and former McKinsey partners. McKinsey has argued it had no control over the investment decisions of MIO Partners, and said the stake in Alpha Natural Resources was held through a third-party fund.

Mr. Alix complained about the arrangement, and Judge Kevin R. Huennekens, of the bankruptcy court in Richmond, ordered the case reopened after the Office of the United States Trustee determined that MIO Partners was not a “blind trust,” as McKinsey had argued.

Mr. Alix also accused McKinsey of steering some of the best assets from Alpha Natural Resources to its consulting clients, saying those business relationships were not clear at the time the reorganization plan was approved by the court.

McKinsey has said its disclosures complied with the law, and called Mr. Alix’s claims “meritless” when he raised them. His challenge was dismissed in May after Judge Huennekens said Mr. Alix lacked standing, and the judge said the matter would be best handled by the Justice Department.

In the SunEdison bankruptcy, Mr. Alix accused McKinsey of manipulating invoices for prior work to improperly receive payment and avoid disclosing that it was a creditor — a status that could have disqualified McKinsey from working as the energy company’s bankruptcy adviser. After Mr. Alix raised those issues, McKinsey called the allegations reckless and defamatory.

Mr. Alix cited an audit by an outside firm hired by SunEdison’s board. The audit indicated that McKinsey had called back millions of dollars in unpaid invoices after the energy company filed for bankruptcy in 2016. McKinsey revised and resubmitted the invoices, billing four of SunEdison’s renewable energy units, which were profitable and not part of the bankruptcy.

“Acknowledge that this is not ideal,” a McKinsey partner wrote in an email to a SunEdison executive, according to documents reviewed by the auditor, FTI Consulting. The partner added it would be necessary to “push through” opposition from the projects’ managers. McKinsey was ultimately paid.

After Mr. Alix complained about the payments, McKinsey agreed in December to pay some SunEdison creditors $17.5 million — more than the fees it had earned in the bankruptcy. The settlement document does not specify the creditors’ complaints, but in court McKinsey lawyers said the agreement resolved the issues Mr. Alix had raised.

Mr. Alix’s challenge was dismissed in June, by Judge Stuart M. Bernstein of the bankruptcy court in Manhattan, who also suggested the Justice Department was in the best position to examine the matter.

McKinsey’s bankruptcy disclosures were the subject of a separate settlement this year. In February, McKinsey reached a $15 million agreement with the Office of the United States Trustee, which the office said was one of the biggest it had reached over disclosure rules. The Justice Department reserved the right to “seek even more stringent remedies” if it received new information that McKinsey had committed fraud.

McKinsey did not acknowledge wrongdoing under the agreement.

“We continue to respond, as we always have, to questions from the U.S. Trustee, which indicated in court this week that it ‘has been engaged in discussions with both Mar-Bow and McKinsey RTS,’” said DJ Carella, a McKinsey spokesman.

The February settlement centered on Alpha Natural Resources, SunEdison and a third bankruptcy, Westmoreland Coal, that is also a subject of Mr. Alix’s complaints.

On Oct. 29, a bankruptcy judge in Houston overseeing Westmoreland Coal’s restructuring granted Mr. Alix the right to demand documents from McKinsey and question its executives under oath.

A lawyer for McKinsey, Faith Gay, told the court that the firm was eager to put forward witnesses who would testify that it was fully compliant with the law. She said Mr. Alix was trying to put McKinsey out of business and had “disparaged” the firm for competitive reasons.

“This is about the integrity of the process,” Judge Jones said. The questions raised about McKinsey’s conduct, he said, went “to the very heart of the bankruptcy process.”