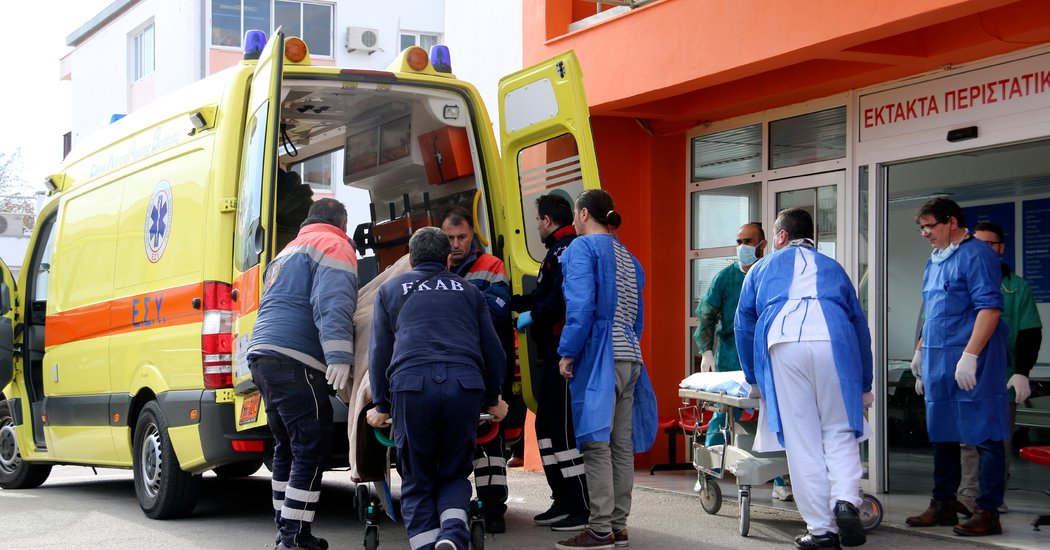 ATHENS — The bodies of 12 people were recovered from the Ionian Sea on Saturday after a migrant smuggling boat sank near the island of Paxos in western Greece, the Greek Coast Guard said.

The authorities were alerted that the vessel was in trouble shortly after 9 a.m., when one of the migrants on board phoned the emergency services. No details were immediately available about the identities of the victims.

The cause of the sinking was also unclear, according to the Coast Guard spokesman, Nikolaos Lagadianos. Weather conditions had been good, he said. But the boat may have been overloaded, he added, noting that about 50 people may have been on board.

The migrants were the first to drown in Greek waters this year. Their deaths follow scores more in recent years, although the rate of drownings here has fallen sharply since Turkey and the European Union signed a deal in 2016 to reduce migration.

Saturday’s sinking was unusual because it took place in the Ionian rather than the Aegean Sea, suggesting that the vessel was likely headed to Italy.