JERUSALEM — Prime Minister Benjamin Netanyahu of Israel said Tuesday that he would move swiftly to annex nearly a third of the occupied West Bank if voters returned him to power in the election next week, seizing what he called a historic opportunity from a sympathetic White House to give Israel “secure, permanent borders.”

His plan to annex territory along the Jordan River would reshape the Israeli-Palestinian conflict and would reduce any future Palestinian state to an enclave encircled by Israel.

Mr. Netanyahu’s rivals on the left and right largely greeted the announcement, made in the heat of a campaign in which he is battling for survival, as a transparent political ploy.

Mr. Netanyahu said he planned to annex all Israeli settlements in the West Bank, and that he would move immediately after forming a new government to annex the Jordan Valley, a strategic and fertile strip of territory along the border with Jordan that runs from Beit Shean in northern Israel to the shores of the Dead Sea.

He said he wanted to capitalize on what he called the “unique, one-off opportunity” afforded him by the Trump administration, which has expressed openness to Israeli annexation of at least parts of the West Bank.

Israel seized the West Bank from Jordan in the 1967 war. Most of the world considers it occupied territory and Israeli settlements or annexations there to be illegal.

Mr. Netanyahu, who is in a dead heat or slightly behind in the polls against Benny Gantz, a centrist former army chief of staff, has tried mightily to shift the focus of the election from the corruption cases against him to his strong suit: national security.

He has highlighted Israel’s increasingly overt military campaign against Iranian expansion and even unveiled a new site where he said Iran had once pursued nuclear weapons. 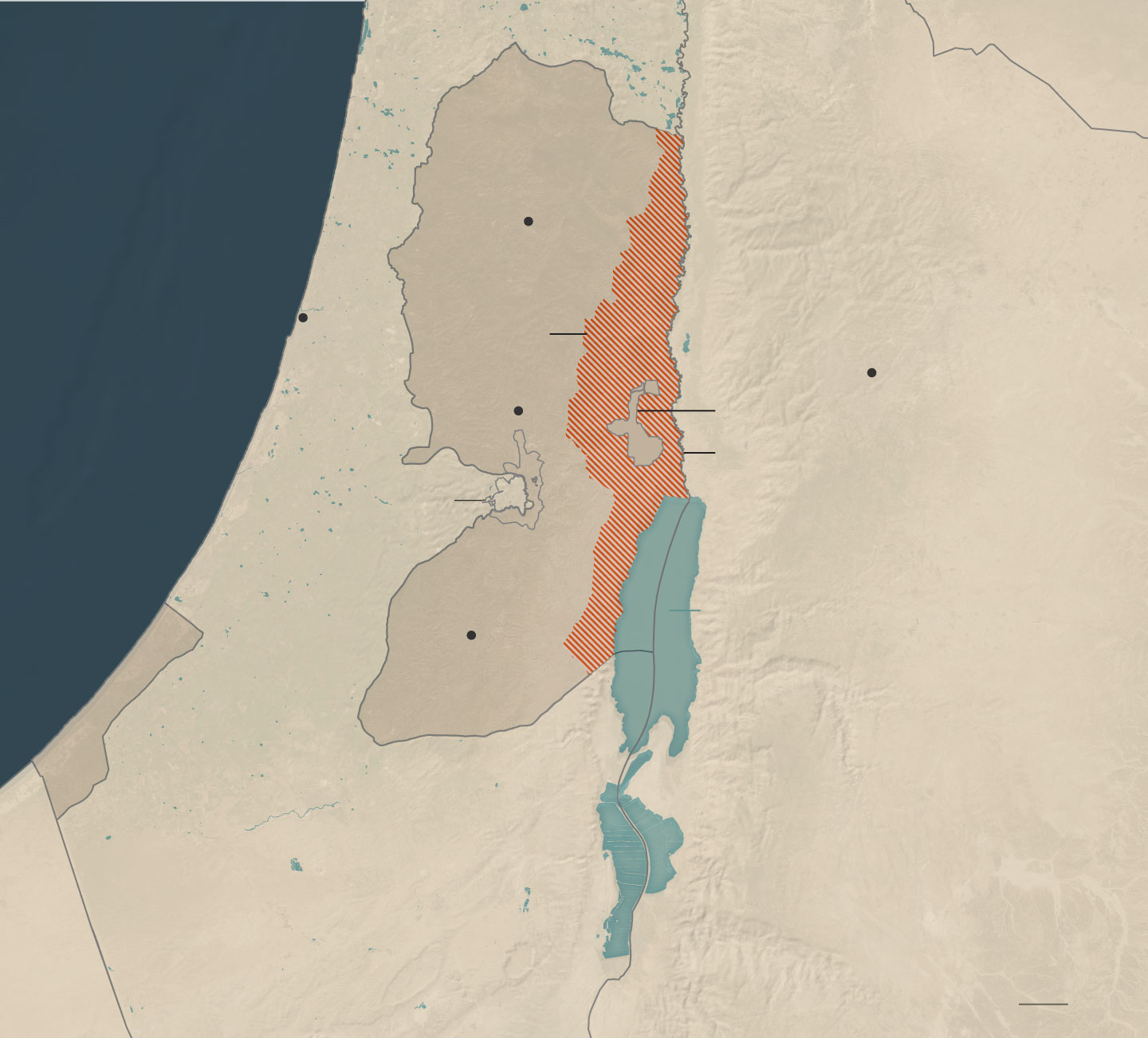 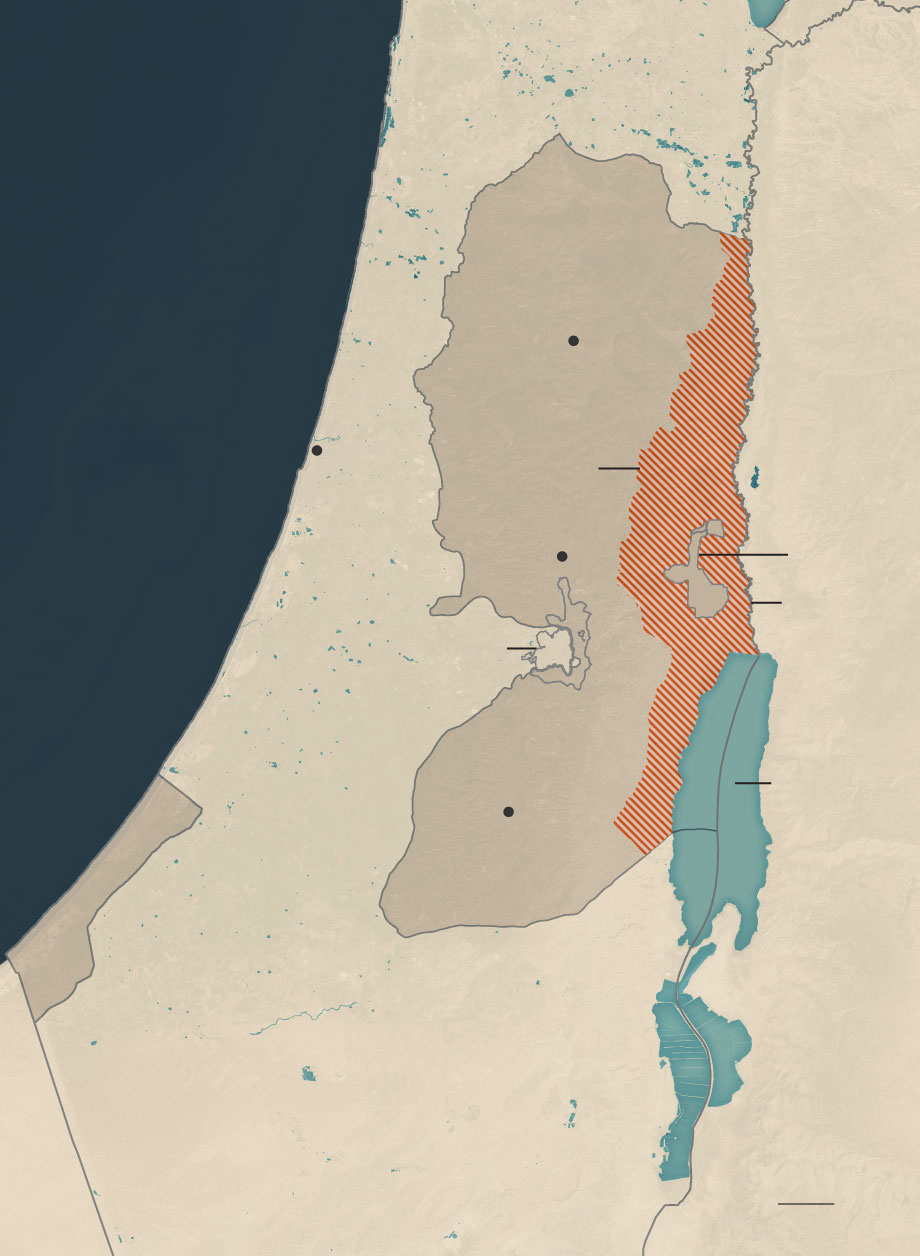 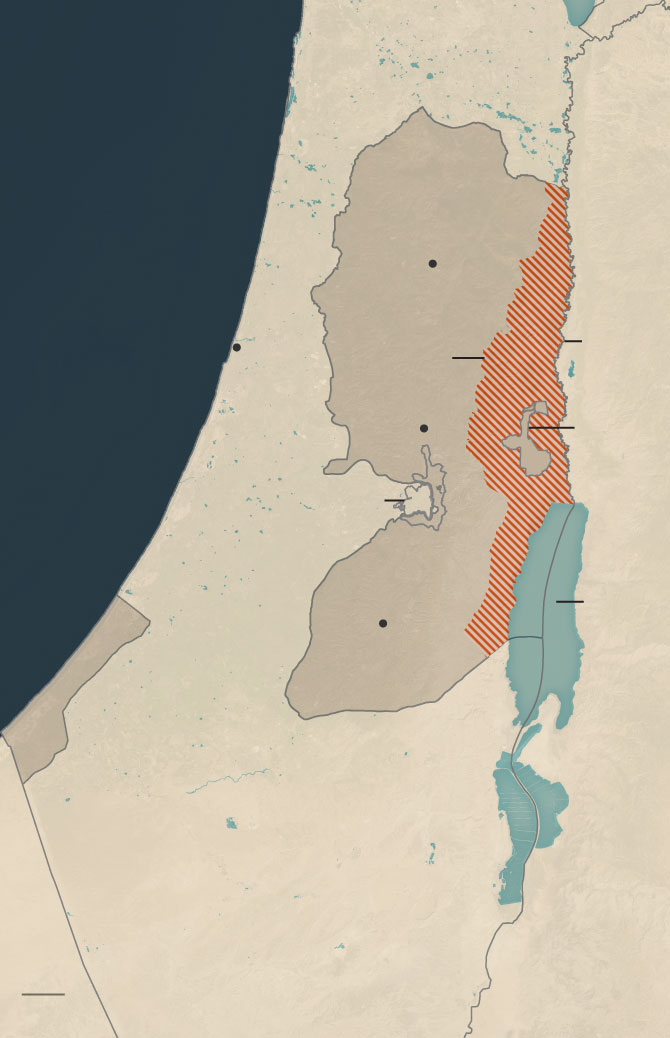 But Tuesday’s announcement was a daring bid to bring the Palestinian conflict back to center stage in the election campaign. The issue has largely receded from Israeli electoral politics because few voters believe a peace process has any chance.

This was not the first time Mr. Netanyahu has promised annexation days before an election. Before the previous election, in April, in which he was also fighting to shore up right-wing support, he announced his intention to apply Israeli sovereignty to parts of the West Bank, but he gave no specifics and no timetable.

This time, Mr. Netanyahu boasted that thanks to “my personal relationship with President Trump, I will be able to annex all the settlements in the heart of our homeland.”

The White House said in a statement that there was “no change in United States policy at this time,” and confirmed that the administration’s long-promised Middle East peace plan would be released after the election.

Saeb Erekat, the longtime chief Palestinian negotiator, warned Tuesday night that if Mr. Netanyahu manages to put through his plan, he will have “succeeded in burying even any chance of peace between Palestinians and Israelis.”

He added that unilateral annexation of occupied territory was a war crime. “The Israeli, the international community must stop such madness,” he said. “We need to end the conflict and not to keep it for another 100 years.”

In a possible sign of Palestinian displeasure, rockets fired from Gaza later Tuesday night set off alarms in southern Israel, including in Ashdod, where Mr. Netanyahu was hustled offstage by bodyguards to take cover in the middle of a campaign speech.

Reaction to Mr. Netanyahu’s announcement was muted in the Arab world, where the Palestinian cause no longer stirs the passions it once did.

Palestinians see the Jordan Valley as their future breadbasket. Israel’s critics say it has been steadily uprooting Arab farmers and herders from the area.

Daniel C. Kurtzer, a former United States ambassador to Israel under Republican and Democratic administrations, said there was a consensus within Israel’s national-security establishment that Israel should retain control of the valley for some period after a peace treaty is signed, to ensure that the Palestinians continue to cooperate with Israel to maintain security.

But unilateral annexation was another thing, he said.

“If Netanyahu now says forever,” Mr. Kurtzer said, “this clearly will not be acceptable to any present or future Palestinian leader.”

As for the American support, Daniel B. Shapiro, the former ambassador to Israel under President Obama, warned that any celebration of a Trump recognition of Israeli sovereignty over the West Bank could be short-lived. “A Democratic successor to Trump would certainly withdraw U.S. recognition,” he said.

Mr. Netanyahu’s gambit also met deep skepticism among Israeli analysts, who said he has frequently made election-eve promises that went unfulfilled, and noted that earlier right-wing attempts at annexing parts of the West Bank were blocked by none other than him.

But his career could end if he does not siphon enough votes from parties to his right in the campaign’s final days, and his announcement was clearly aimed at tempting Israelis who support annexing the West Bank into giving him the benefit of the doubt.

His main opponents from the center — Mr. Gantz and the other former army chiefs who are running in his Blue and White party — have said publicly that Israel must not yield the Jordan Valley for security reasons, leaving them little room to challenge his plan.

In a speech late Tuesday, Mr. Gantz looked past the specific proposal to assail Mr. Netanyahu for damaging the long-term relationship with the United States by exploiting it for short-term political needs.

“Netanyahu is using and hurting the ties between Israel and the U.S.” he said. “He is harming our ties with the Jewish community in the U.S. He is linking our politics with the Americans, and this is wrong. Our ties are strategic, these connections are deep and vital and are based on shared interests and not on election-time deals.”

“These are unilateral moves endangering Israel as a Jewish and democratic state and further limiting the possibility of a two-state solution,” Rabbi Rick Jacobs, president of the Union for Reform Judaism, said in a statement. “Such serious pronouncements don’t belong in the final week of a heated campaign.”

[Why is the Jordan Valley strategically important? A closer look.]

In Israel, nearly half of Jewish Israelis have said they would favor annexation if it were supported by the Trump administration, one recent poll found. Fewer than three in 10 said they were opposed.

Settler groups welcomed Mr. Netanyahu’s call for a mandate to annex territory, but they too were dubious. “The true test will be in actions, not announcements,” Regavim, a pro-settlement group that fights Palestinian construction on the West Bank, said in a statement.

Yamina, the right-wing party led by Mr. Netanyahu’s former justice minister, Ayelet Shaked, challenged Mr. Netanyahu to bring his annexation plan before the current government within hours, “otherwise everyone in Israel will know this is nothing but a cheap political spin.”

The election on Tuesday is taking place because Mr. Netanyahu failed to form a governing coalition after the April ballot when a onetime ally, Avigdor Lieberman of the Yisrael Beiteinu party, refused to join him.

Mr. Lieberman mocked Mr. Netanyahu’s announcement afterward in a two-word tweet alluding to how it had been advertised: “Dramatic statement,” he said, adding two emojis showing tears of laughter.

Advocates of a two-state solution to the Palestinian conflict, who have been warning that annexation would ultimately be disastrous for Israel, said Tuesday that a move like the one Mr. Netanyahu was proposing could be enough to drive the Palestinian Authority, which governs the West Bank, either to abandon its security cooperation with Israel on the West Bank or to fold up its tents altogether.

Either action could lead to violence that could force Israel to send troops back into territory where Palestinians have largely policed themselves under the quarter-century-old Oslo peace accords, said Nimrod Novik, a veteran Israeli negotiator.

“Unlike many of his coalition colleagues, Netanyahu cannot get a pass for not understanding the potentially devastating consequences,” Mr. Novik said. “Consequently, risking chaos on the West Bank and likely spillover to Gaza is worse than reckless. It is stupid.”

“If it is just electioneering, it signals panic,” he added. “If there is a risk that he will make good on it, that is probably the most important reason to hope that he is not re-elected.”