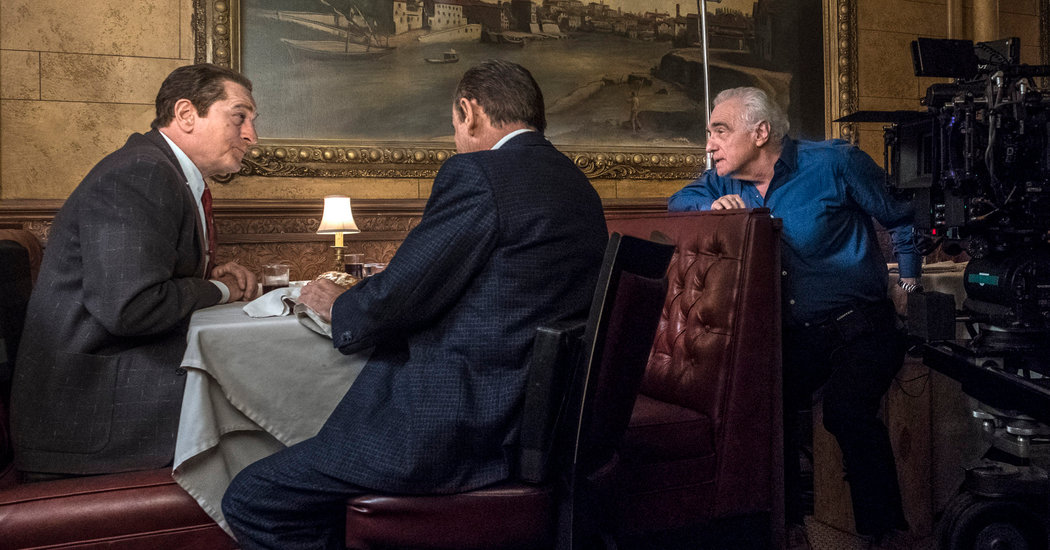 LOS ANGELES — Ballots for the coming Academy Awards are still being tabulated. But it already seems clear: This will not be Netflix’s year.

The streaming giant will arrive at Sunday’s Oscar ceremony leading the field, with 24 nominations. That’s up from 15 last year and eight the year before, a trajectory that highlights the success that Netflix has had in building a prestige film operation with a minimal presence in actual movie theaters. But the company could end the evening with only two wins, according to Gold Derby, which compiles the predictions of 28 awards handicappers, despite dumping truckloads of cash into awards-oriented marketing campaigns. Competitors estimate that Netflix has spent at least $70 million, a startling sum even by Hollywood’s profligate standards. Netflix declined to comment.

“The Irishman,” Martin Scorsese’s gangster character study, nominated for 10 Oscars and relentlessly hyped by Netflix as “one of the best films of the decade,” is expected by awards forecasters to get shut out completely. Prognosticators like Mark Harris of Vanity Fair and Scott Feinberg of The Hollywood Reporter base their opinions on how films have performed at predictive awards ceremonies leading up to the Oscars.

At the same time, Oscar voters are poised to shower statuettes on films from old-line studios that received traditional runs in theaters, including the late-arriving World War I drama “1917” (Universal), which is the front-runner to win best picture.

It raises unpleasant questions for Netflix. Spending freely on awards campaigning is one of the ways it has been able to woo marquee filmmakers like Mr. Scorsese. But with some analysts starting to question the return — Netflix already had a poor outcome at the recent Golden Globe Awards — will the streaming giant change its ways?

While there are those who would argue that competing films like “1917” and “Once Upon a Time … in Hollywood” (Sony) are simply better, the film establishment has been wary of Netflix. Could the lack of statuettes be a backlash to a tech giant that is upending entertainment-industry business practices and threatening Hollywood power hierarchies?

Ted Sarandos, Netflix’s chief content officer, said losses at awards shows leading to the Oscars in no way represented an uprising against the company.

“A pushback? Nobody can say that with a straight face,” he said last week at the Academy of Motion Picture Arts and Sciences annual nominee luncheon. “We got 24 nominations, the most of any studio. Our films have been honored across the board.”

The academy’s old guard has resisted a dogged push by Netflix to join the best picture club, arguing that, since the streaming service does not release its films in a traditional theatrical manner, its offerings should be better considered by Emmy voters. (Helen Mirren, onstage at the most recent National Association of Theater Owners convention, used an expletive to refer to the company.) Some longtime academy members say that Netflix’s campaigning has turned them off, in part because it reminds them of the days when Harvey Weinstein solicited Oscar votes with no-stone-unturned vigor.

“Obviously, there is one company that is spending more than the others, but that’s not going to affect how I will vote — nor do I think it will affect other members,” said Hawk Koch, a producer and former president of the academy, who recently wrote a memoir about his long career in Hollywood. “There is an awful lot of wasteful money being spent that could be used for making movies rather than trying to win an award.”

Netflix made its Oscar ambitions clear in 2018, when it hired one of Hollywood’s top awards campaign strategists: Lisa Taback, who cut her teeth at Miramax with Mr. Weinstein in the 1990s and whose résumé includes best-picture winners like “The King’s Speech” and “Spotlight.” She orchestrated a costly Oscar push for Netflix’s black and white “Roma” for last year’s Academy Awards. That film received 10 nominations, including one for best picture (Netflix’s first), and won three: director (Alfonso Cuarón), cinematography (Cuarón) and foreign film. It was a very solid outcome, one that seemed to signal the academy’s warming to Netflix.

This time around, Netflix seemed to be holding an even stronger hand. It had a living legend in Mr. Scorsese. His ambitious “Irishman,” which cost at least $160 million to make, brought Joe Pesci out of retirement and paired him with Al Pacino and Robert De Niro. Netflix also had “Marriage Story,” Noah Baumbach’s unnerving portrait of divorce; “Dolemite Is My Name,” a flamboyant comeback vehicle for Eddie Murphy; and “The Two Popes,” a well-reviewed drama about Vatican politics starring Jonathan Pryce and Anthony Hopkins.

Another win for Netflix is expected to come from “American Factory,” a documentary backed by Michelle and Barack Obama that looks at a clash between a Chinese entrepreneur and blue-collar Ohioans.

“That’s a lot of campaigning for not a lot of hardware,” said Sue Fleishman, the head of September Media, a corporate communications consultancy, and the former communications chief at Warner Bros. and Amblin Partners.

In truth, no film wins the top Oscar without spending. All nine of this year’s best-picture nominees have been draped in for-your-consideration campaigns for months. Sony has certainly not been stingy with its “Once Upon a Time … in Hollywood” get-out-the-vote effort, which included a 28-minute special about its themes (“a love letter to making movies”) that ran on two Los Angeles television stations. Neon, the scrappy indie with the potential best-picture disrupter “Parasite,” has been spending money like a major, hopeful that the love for the genre-defying South Korean film will help it make Oscar history.

But Netflix has taken campaigning to a new level. Most studios put their firepower behind a couple of contenders. Netflix pitched eight films to awards voters this year, including two that received nominations for best animated film: “Klaus,” a hand-drawn holiday story that triumphed at the BAFTAs, Britain’s equivalent of the Oscars, and “I Lost My Body,” about an amputated hand. About 60 people work in Ms. Taback’s department, which also includes talent relations.

“Think of all of our awards work as a really smart way to make us the best home for talent in the world,” Reed Hastings, Netflix’s chief executive, said during a quarterly earnings call last month. “The business benefit is that we will win deals that we wouldn’t have otherwise.” Netflix may be spending a lot on awards campaigns. But the sum is a rounding error when you consider the company is poised to spend $17.3 billion on content this year.

Like all studios, Netflix flies stars to ceremonies that are seen as campaign stops, advertises in trade publications and sends swag to reporters (a pair of red slippers to support “The Two Popes,” for instance). But Netflix has also gone a great deal further, promoting films in ways that have raised eyebrows.

Rather than rely on trade news outlets, Netflix has opted to create its own, including a thick, expensive-looking magazine called “Queue,” filled with glossy photos and essays from high-profile contributors like Roxane Gay, and two separate podcasts from the former entertainment journalists Kris Tapley and Krista Smith (now consultants for Netflix).

The company rented out the famed Belasco Theater on Broadway to screen “The Irishman” and reopened the defunct Manhattan single-screen theater the Paris with a long-term rental deal. The company is still conducting talks to buy the historic Egyptian theater in Hollywood.

In December The Washington Post revealed that Netflix courted members of the Broadcast Film Critics Choice Association, which puts on the Critics’ Choice Awards, with free trips to Los Angeles and New York for private access to filmmakers and stars. Members of the association who accepted stayed in luxury hotels like the Four Seasons. The group awarded Netflix films and television shows with nine trophies, including best acting ensemble for “The Irishman.”

In a statement this week, Netflix responded to The Post article, saying, in part: “Promotional tactics like junkets, screenings and festivals are standard industry practice and not just for awards.”

“Netflix is not violating any rules. They just have lots of resources,” said Joe Pichirallo, a producer and a professor at New York University’s Tisch School of the Arts. “They do it to gain credibility and legitimacy and to let skittish auteur directors know that if you make a movie for Netflix, they will go all out to get you an Oscar, just like the studios.”

Even without winning big on Sunday, the company has already won. Netflix’s many nominations mean that 30 million people in the United States will watch a celebration of a lot of movies that they have not seen in theaters. Netflix will have succeeded in creating an emotional and intellectual shift — high-caliber original films associated with television sets and computer screens.

The streaming giant’s bruising night at the Globes certainly didn’t cast a pall over its after-party. Many of the night’s biggest stars made the soiree their first — and perhaps only — stop on the evening’s celebration circuit.

Brad Pitt and Leonardo DiCaprio huddled alongside “The Irishman” cast in a cordoned-off corner of a tented structure in Beverly Hills as waiters offered fried-chicken sandwiches, mini corn dogs and specialty Casamigos cocktails. Scarlett Johansson, Ms. Dern and Jennifer Aniston all showed up to pay their respects to the town’s deepest pockets, and that was before Tiffany Haddish grabbed the DJ’s mic and started rapping.

“We ready,” Ms. Haddish shouted into the microphone, while holding a glass of white wine in her other hand. “Netflix putting food on people’s tables.”