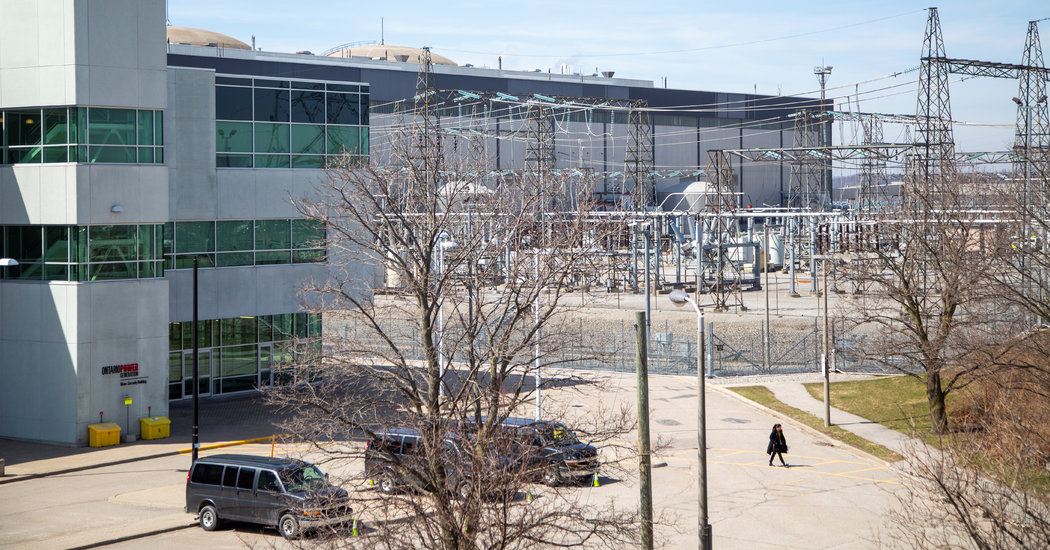 OTTAWA — Millions of people in Ontario, Canada’s most populous province, were greeted by a screeching alarm on their cellphones on Sunday morning and an ambiguous “emergency alert” about an “incident” at one of the world’s largest nuclear power plants.

But after about 90 minutes of puzzling and fretting by Canadians over a possible nuclear Armageddon, the warbling siren sounded out again from phones across Ontario with another alert taking it all back.

“The previous alert was issued in error,” the second message read. “There is no danger to the public or the environment.”

The false alarm over a possible emergency at the Pickering Nuclear Generating Station, which sits on the shore of Lake Ontario to the east of Toronto, is the latest embarrassment for Canada’s national emergency alert system, which was expanded to phone from broadcast warnings just over a year and a half ago.

The warning in Ontario didn’t set off a panic, unlike an erroneous message about a ballistic missile threat in Hawaii in January 2018. But it did appear to add to public frustration about a system that some people have criticized for crying wolf or for creating needless disturbances.

On social media, a number of people reacted with good humor. “This is embarrassing because I had JUST finished organizing my neighborhood into a band of foraging mutants,” Jonathan Kay, a journalist in Toronto, wrote on Twitter with the first warning attached.

Sylvia Jones, who is responsible for the emergency alert system as the province’s solicitor general, said in a statement that the alert was unintentionally released to the public during “a routine training exercise being conducted by the Provincial Emergency Operations Center.”

She added that the government would investigate and introduce steps to ensure no repeat false alarms occur.

Isabelle Roy, a spokeswoman for the Canadian Nuclear Safety Commission, confirmed that there was no safety risk at the power station, which is owned by a provincial government agency.

The alert appeared to have been sent throughout the sprawling province, which spans parts of two time zones. But exactly how many people were startled out of bed or over breakfast is unclear.

While the alarm overrides any silencing of phones, it cannot switch on handsets that have been shut off. Nor does it work with phones that are connected to older cellular networks that are often the only service in remote areas.

Most messages sent by the system are “Amber Alerts,” usually involving children who have been taken by one of their parents in contravention of a court order. But it can be used to issue alerts about dangerous weather, particularly tornadoes, or other potential emergencies.

The federally mandated alert system has struggled with technical issues that resulted in early test messages failing to reach large numbers of phones.

It is also been criticized for distributing messages too broadly in the middle of the night even though the system can localize warnings. One early Amber Alert went provincewide even though it involved an incident in Thunder Bay, about 1,000 miles northwest of the southern portion of the province that contains most of its population.

But the system’s potentially wide reach apparently played a role in the safe recovery of a boy about 250 miles from where he had been abducted in Toronto.

There has been little apparent sympathy for people who don’t want to be startled by any alerts, particularly at night.

In October, a man in Hamilton, Ontario, was charged with mischief after calling an emergency line to complain about being woken up at 5:04 a.m. by a regional Amber Alert involving five children.

“He was angry about receiving the Amber Alert on his phone because he was trying to rest,” Acting Detective Sgt. Lisa Chambers of the Hamilton Police told the Canadian Broadcasting Corporation. “And then he further told us he would continue to call in response to the ongoing alerts.”