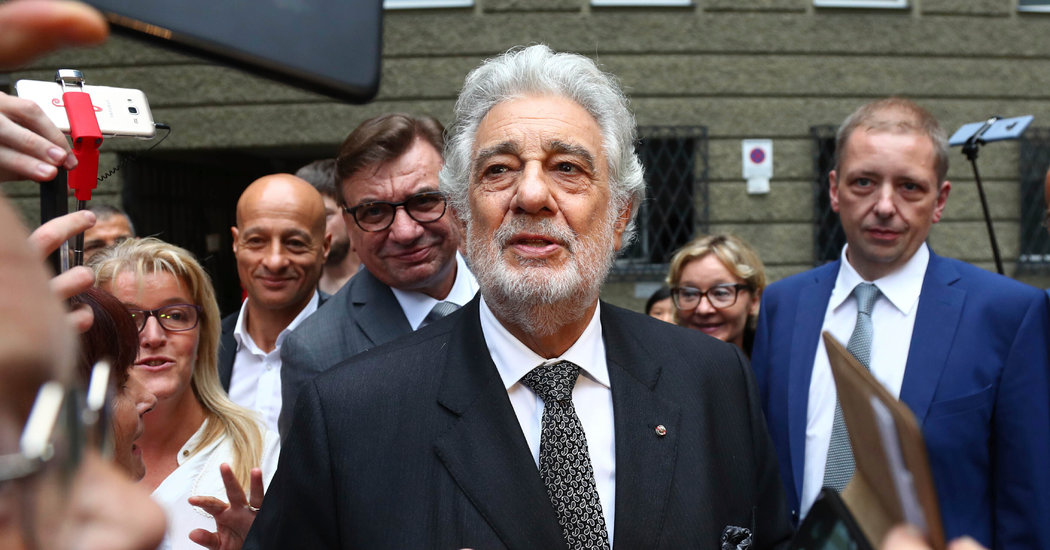 The opera star Plácido Domingo announced on Friday that he was withdrawing from a scheduled theatrical event for the Tokyo Olympics in 2020, the latest cancellation after several women accused the singer of sexual harassment.

Mr. Domingo was set to take part in a performance mixing Western-style opera with Kabuki, a classical Japanese form of drama. One of Japan’s most famous Kabuki actors, Ichikawa Ebizo XI, was also to take part.

But on Friday the Tokyo 2020 Organizing Committee said Mr. Domingo had withdrawn from the initiative, which was scheduled for the pre-Olympics Tokyo 2020 Nippon Festival in April.

“After thoughtful consideration I have made the decision not to participate in the Kabuki-opera event due to the complexity of the project,” Mr. Domingo said in the statement, issued by the Tokyo 2020 Organizing Committee.

Mr. Domingo saluted the performance as “a wonderful cultural initiative,” and made no reference to the allegations against him.

In August, eight singers and one dancer told The Associated Press that Mr. Domingo had used his power to try to pressure them into unwanted sexual relationships. The women, all but one of whom spoke anonymously, said the advances included groping, forced kisses, and invitations on date under the guise of offering professional guidance.

Mr. Domingo denied the allegations at the time, calling them “deeply troubling, and as presented, inaccurate.” He said that he believed that “all of my interactions and relationships were always welcomed and consensual.”

The allegations divided the opera world: Many American institutions canceled scheduled events with Mr. Domingo; others in Europe maintained them, arguing that he was entitled to a presumption of innocence.

In October, Mr. Domingo resigned from his position as general director of the Los Angeles Opera, and the company announced an inquiry into his conduct. Other institutions turned their backs on the opera star: The Philadelphia Orchestra, the San Francisco and Dallas Operas all canceled scheduled concerts. In September, Mr. Domingo withdrew from a performance of Verdi’s “Macbeth” at the Metropolitan Opera in New York, and in October he resigned from the Los Angeles Opera.

Yet in Europe, Mr. Domingo has kept performing. He received two standing ovations in August at the Salzburg Festival in Austria, according to reports, and sang the title role in Verdi’s “Nabucco” at the Zurich Opera in October.

Mr. Domingo has been confirmed to appear in at least 11 European concerts and operas through November 2020, according to his website, including a concert for the 50th anniversary of La Scala in Milan in December.

Mr. Domingo, who was born in Spain, is also scheduled to play at the Teatro Real in his hometown, Madrid, in May 2020, and in “Don Carlo” at the Royal Opera House in London in July, according to the opera company’s website.