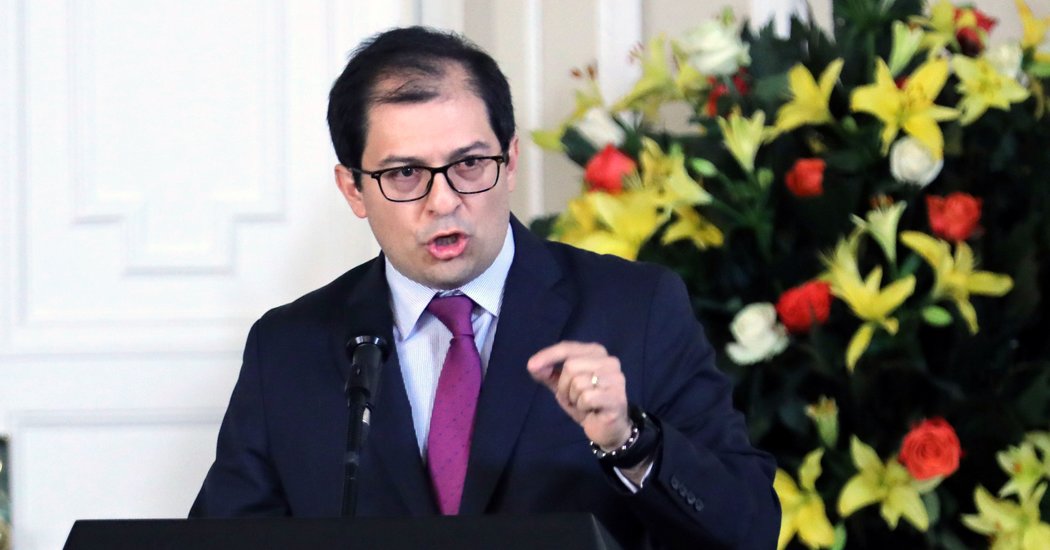 BOGOTÁ, Colombia — Seven Colombian soldiers have been charged in the rape of a 13-year-old Indigenous girl, an announcement that has alarmed many in a nation already grappling with the military’s long record of abuse, including illegal killings and accusations of sexual assaults.

The charges, brought on Thursday by Attorney General Francisco Barbosa, accuse six soldiers of participating in the crime and one of being an accomplice. All seven pleaded guilty in an initial closed hearing, according to Mr. Barbosa’s office.

They have dishonored “their uniform and the dignity of childhood in Colombia,” he said in a statement.

The girl, a member of the Embera community, is a student who had been living with her mother and many siblings in the department of Risaralda, in the western part of the country, according to Lejandrina Pastor, an adviser with the Organización Nacional Indígena de Colombia, the association that unites the country’s Indigenous groups.

Ms. Pastor said the assault occurred after the girl disappeared temporarily, sending her family into a panic. The military said the attack appeared to have taken place on Monday.

On Twitter, Colombia’s army chief, Gen. Eduardo Zapateiro, condemned any abuse “in which soldiers could be involved” and said that the reported attack “does not represent the ethical conduct” of the military. The soldiers had been removed from the armed forces, he added, vowing to throw investigative muscle into the case.

A spokeswoman, Col. Sandra Garcia, said the military would not be providing lawyers for the men, as the charges had “no relation to their work as soldiers.” Attempts to reach the soldiers’ lawyers late on Thursday were not immediately successful.

The allegations come as the Colombian military is attempting to regain the country’s trust after decades of civil conflict in which soldiers were frequently accused of abuse, particularly in poor and Indigenous communities.

In the early 2000s, soldiers often killed civilians and claimed they were guerrilla fighters, according to an extensive investigation by prosecutors and human rights groups. Investigators called the tactic a response to superiors’ demands that soldiers produce body counts to show that they were winning a war.

Those illegal killings came to be known as “false positives” and spurred widespread domestic and international condemnation. But last year, Colombian generals and colonels were told to sign a written pledge to step up attacks, a tactic that officers said appeared to be a return to the strategy of the past.

Soldiers have also been accused of sexual abuse and of spying on journalists and rights activists.

Ms. Pastor said that in recent years, she had been working with Indigenous women across the country to help them document and report sexual assaults of all kinds. She was skeptical that the charges against the soldiers would lead to long-term change, and said she viewed the reported assault as a message to women who had begun to speak out.

“They are saying to Indigenous women, ‘Shut up, or this is what will happen to you,’” she said.