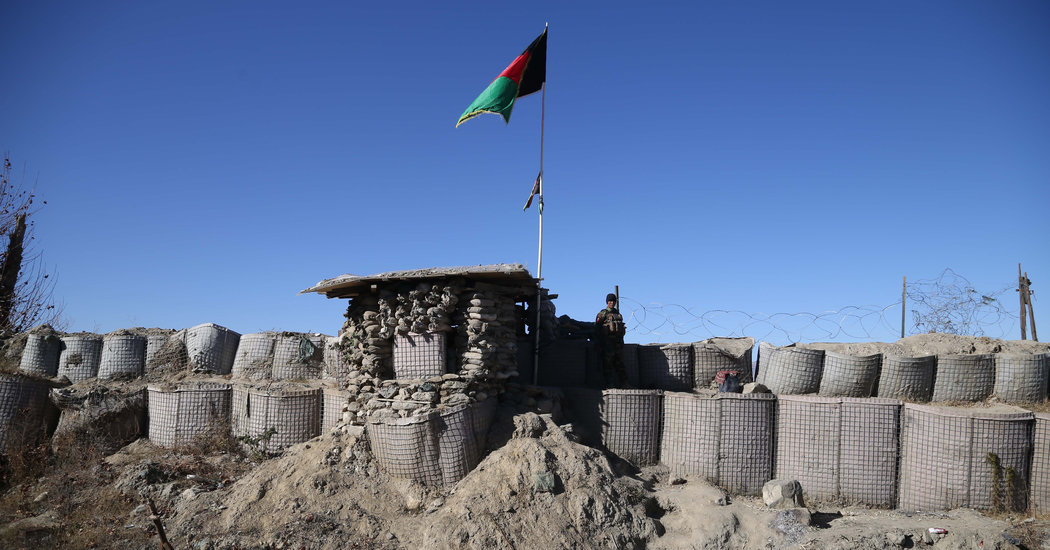 Details of the incident, in Nangarhar Province where American Special Forces were helping Afghan commandos and the Afghan Army clear an area threatened by the Taliban, were scarce. It was not clear whether the firefight was the work of Taliban infiltrators, a major concern in the past, or the result of an argument between allied forces that turned deadly.

Two Afghan officials said five or six American soldiers and six Afghan soldiers were killed. A United States military official said there were at least six American casualties and confirmed that they included fatalities but did not say how many.

The American military command in Afghanistan confirmed that a joint American and Afghan force had come under “direct fire” in Nangarhar without providing details.

“We are assessing the situation and will provide further updates as they become available,” said Col. Sonny Leggett, a spokesman for the American forces in Afghanistan.

Both the Taliban as well as the Islamic State branch in Afghanistan have had a foothold in Nangarhar Province. In Sherzad district, where the shootout took place, the joint operation had pushed the Taliban from around the main highway and was continuing to clear villages.

Insider attacks by Afghan forces on Americans, known as “green on blue,” were so frequent during one stage of the war that American commanders feared the resulting mistrust could derail their mission.

In recent years, the number of such attacks has declined as the American presence has declined and the United States has taken more of a supporting role with Afghan forces leading the fight. Nonetheless, Gen. Austin S. Miller, the top American and NATO commander in the country, barely survived a shooting by a Taliban infiltrator in an Afghan military uniform last year. A top Afghan general walking next to him was killed.

The shooting comes in a delicate time in the war, as American negotiators have been locked in weeks of talks with the Taliban to finalize a peace deal.

If a Taliban hand is seen in the shooting, it is sure to complicate those talks, which officials and diplomats suggested on Saturday had reached a promising stage

Last September, President Trump called off talks with the Taliban, citing a car-bombing in Kabul that had killed an American soldier as well nearly a dozen Afghans. It took months of trust building, including a prisoner swap, to get the two sides to return to the negotiating table in the hopes of finalizing a deal that could end America’s longest war.

If the attack on American forces came from Afghan troops, that could jeopardize the already strained diplomacy between Washington and Kabul. Mr. Trump has long wanted to end the United States military role in the 19-year war in Afghanistan, including withdrawing forces faster than some of his commanders recommend.

The attack on Saturday could provide a new reason for him to do so.