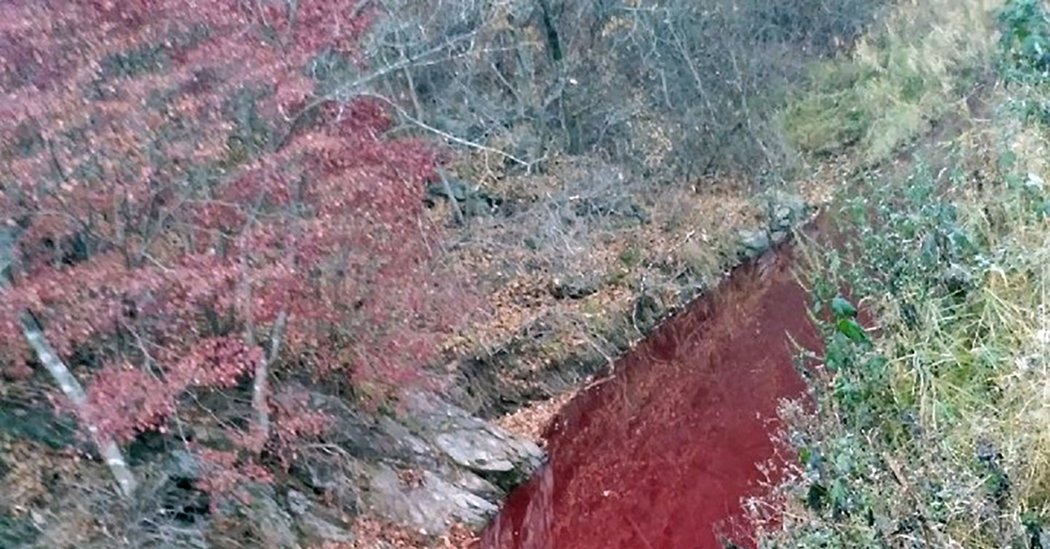 SEOUL, South Korea — South Korea said on Wednesday that it had successfully stopped a stream of red blood from tens of thousands of pigs possibly infected with African swine fever from reaching a river that provides drinking water for much of the population north of Seoul.

Residents living in towns between Seoul and South Korea’s border with North Korea were alarmed early this week when the local news media reported that a small stream had turned red in Yeoncheon, a county that borders North Korea.

It turned out that the blood came from 47,000 pig carcasses waiting on trucks to be buried. The animals were the last of the 160,000 hogs that the county authorities had culled to stop the spread of African swine fever, a highly contagious disease incurable for infected pigs but not dangerous to humans.

The carcasses were decaying and oozing with blood on the trucks because of a shortage of plastic burial containers when rain hit the area on Sunday. A stream there turned red with blood, raising fears that the blood might contaminate the Imjin River, which is 10 miles downstream and provides drinking water for many towns north of Seoul.

Officials built dikes and used pumps to stop the contaminated water from flowing downstream, while some towns downstream stopped pumping drinking water from the Imjin River.

On Wednesday, Environment Ministry officials said tests showed that the blood did not contaminate the river, and towns began pumping drinking water from it again.

African swine fever has been sweeping across Asia and Europe, devastating hog farmers.

South Korea has slaughtered 410,000 pigs, all of them in towns north and west of Seoul, since the outbreak was first reported in mid-September at a farm near the border with North Korea.

South Korean officials suspected that the deadly animal disease may have been spread to South Korea from North Korea by wild boars across the heavily guarded Demilitarized Zone that separates the two Koreas. North Korea reported its first outbreak of the disease in May at a farm near its border with China.

South Korea’s last and 14th pig farm infected with the disease was reported on Oct. 9, but its battle against the outbreak has not stopped, since wild boars are still being found with the virus. The country has employed military snipers and civilian hunters, as well as drones, to track and kill wild boars near the North Korean border.