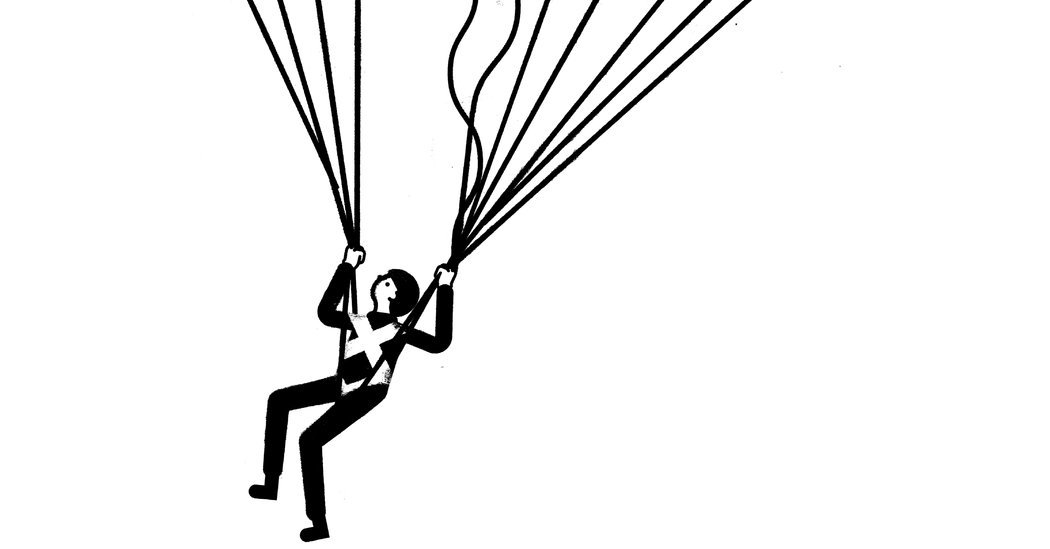 MUNICH — It was a crisp fall morning, and Tom Wilson was contemplating the latest sign that the world of finance had turned upside down.

Greece had just sold bonds with a negative interest rate. It was the most recent example of how policies that revived growth after the last financial crisis have forced investors to effectively pay governments to assume custody of their money.

The amount of this kind of debt has soared in recent years, and now exceeds $17 trillion.

“Maybe I’m old school, but it just feels weird,” said Mr. Wilson, the chief risk officer of German insurer Allianz, in his office in Munich. “It feels bizarre to have negative interest rates.”

It’s more than bizarre. A growing number of economists, regulators and former central bankers are warning that European insurance companies — traditionally some of the most strait-laced of investors — are among the market players most at risk of a meltdown because of all the negative-interest-rate debt.

Insurers make money by investing the billions they collect in policymakers’ premiums. As they hunt for a return, any return, some companies are venturing into ever-riskier assets.

For the people who manage these billions, said Brian Coulton, chief economist of the debt ratings firm Fitch, “there has been a need to take on more risk.”

The so-called search for yield among investors has broad implications, creating demand and driving up prices for real estate, low-rated corporate debt and other risky assets; generating bubbles; and potentially setting the stage for the next financial crisis. Europe has more of this debt than any other region.

The impact on the insurance industry is drawing increasing concern. Last year, regulators conducted tests to see what would happen if rates spiked suddenly: Six of 42 large insurers would suffer losses large enough to drain their capital below legal thresholds, the tests found.

Insurers would probably be able to manage gradual increases in rates, said Dimitris Zafeiris, the top risk expert at Europe’s insurance regulator. But “if it happens quickly,” he added, “it raises questions about the impact on financial stability.”

Typically, insurers seek to earn a modest return while keeping the money safe in case it is needed to pay claims. European insurance companies were big buyers of bonds issued by countries like Germany or Switzerland that have impeccable credit histories.

But when the return on those super-safe bonds dwindled over the past decade, and then turned negative, insurers and other investors began buying riskier assets like corporate bonds rated BBB, or just above the level considered junk. A lot of money is at stake. Insurance companies in Europe collectively have assets of 11 trillion euros, or $12 trillion.

Recently regulators have become especially concerned that insurers have been loading up on a kind of investment known as collateralized debt obligations, or C.L.O.s for short. C.L.O.s are mortgages and other loans that have been packaged into securities. They bear ominous similarities to the securities that helped cause the 2008 financial crisis

Banks, pension funds and insurers may be underestimating the risk of C.L.O.s, the agencies that oversee those industries in Europe said in a joint report in August.

The Financial Stability Board, a group of central bankers and regulators from Europe, the United States, China and other countries, is also worried. The board said on Oct. 13 that it was scrutinizing whether C.L.O.s posed a risk to the global financial system.

The quandary for insurers is that fewer and fewer bonds — generally safe investments — pay a positive interest rate. A few weeks ago, even Greece sold short-term bonds with negative interest. In an auction, investors bid the rate down to negative 0.02 percent.

The bond sale was extraordinary considering that, less than a decade ago, investors in Greek government bonds were forced to take losses of 50 percent as part of a bailout plan.

Low and negative interest rates are no accident. They are the deliberate result of policies by the European Central Bank to deal with a debt crisis and chronic slow growth. The bank has purchased bonds on the open market to push down interest rates. And as a further inducement to lend, the E.C.B. charges a negative interest rate on deposits that commercial banks stash in the central bank’s coffers.

There is a growing backlash against these stimulus measures.

Low and negative interest rates have rippled through “the entire financial sector,” a group of former central bankers said in a letter to the European Central Bank in October. The scramble for higher rates has pushed up the price of riskier investments and “ultimately threatens to result in an abrupt market correction or even in a deep crisis.”

Whether to continue to encourage negative rates will probably be the key question confronting Christine Lagarde, who succeeded Mario Draghi as president of the European Central Bank bank on Nov. 1.

Mr. Draghi said last month that negative interest rates had “been a very positive experience,” stimulating growth and helping reduce unemployment. “The improvements in the economy have more than offset negative side effects from low rates,” he said.

At Allianz, Mr. Wilson’s job is to protect the company’s assets, which total €974 billion, or $1.1 trillion, of which €729 billion is invested in financial markets. That’s not counting €1.6 trillion that Allianz manages for other people through its fund management units, PIMCO and Allianz Global Investors.

Mr. Wilson said Allianz had avoided the C.L.O.s that so alarm regulators. But Allianz has about €150 billion of corporate debt rated just one notch above junk.

There has been an explosion in investor demand for these risky BBB bonds, because they offer better interest rates yet are still considered investment grade.

Regulators fear that a deep recession or other shock could force ratings agencies to downgrade BBB bonds en masse. That could cause a panic, because insurers or other institutional investors that are barred from holding debt less than investment grade would be forced to sell at fire-sale prices.

Mr. Wilson said Allianz’s holdings were diversified enough that it could cope with a rash of downgrades. He argued that insurance companies, despite their enormous presence in financial markets, were unlikely to be the cause of the next financial crisis. They are less interconnected than banks, he said, meaning that the problems of one insurance company would be unlikely to spread like a pandemic through the financial system.

And unlike banks, insurance companies are not dependent on a continuous supply of short-term credit, which can dry up suddenly if banks lose trust in one another. That is what happened in the 2008 financial crisis.

Others are not so sure insurance companies are benign, pointing out that a troubled insurer could create turmoil in bond markets that could easily spread to banks and create a broader crisis.

Some insurers “are as systemic as banks,” said Christoph Kaserer, a professor at the Technical University of Munich who has written about the industry.

The pressure on insurers to buy riskier assets is growing the longer interest rates stay low. Bonds that the companies bought years ago, when rates were higher, are continually maturing. The insurers must try to reinvest the proceeds in a way that earns a similar return.

“The longer the low interest rate environment prevails, the higher the impact of the reinvestment risk,” said Mr. Zafeiris, head of the risks and financial stability department at the European Insurance and Occupational Pensions Authority, Europe’s main insurance industry regulator.

Mr. Zafeiris said in an interview that, as a group, European insurers were healthy. But he added, “There are always outliers.” (Confidentiality rules do not allow him to name names.)

Allianz has remained profitable, and the company’s share price is close to its 12-month high, an indication investors are not too worried.

The big question is what will happen if there is some kind of shock to the financial system that causes government and corporate debt to abruptly lose value. Mr. Wilson said he worried about that, too.

“I think the probability has gone up,” he said, citing risks such as trade war, conflicts in the Middle East or rising populism. “The number of triggers is manifold and increasing.”