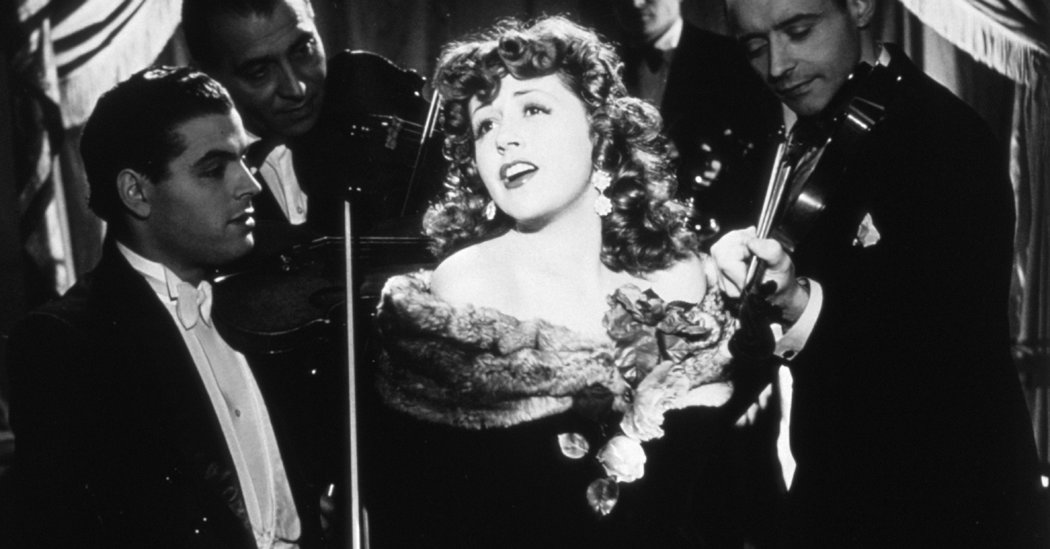 Suzy Delair, a French film actress and music-hall singer best known for her 1940s thrillers directed by Henri-Georges Clouzot, her starring role in Laurel and Hardy’s last movie and her cheeky screen persona, died on March 15 at a retirement home in Paris. She was 102.

The death was reported by the French magazine Le Point.

To French cineastes, Ms. Delair was most closely identified with “Quai des Orfèvres” (1947), Clouzot’s acclaimed police melodrama about an ambitious and recklessly flirtatious singer, her jealous husband and a murder investigation.

Suzette Pierrette Delaire was born on Dec. 31, 1917, in Paris. Her father, Clovis-Mathieu Delaire, sold equestrian equipment, and her mother, Thérèse (Nicola) Delaire, was a seamstress.

Suzette’s first job was as an apprentice in a millinery shop, but she also began singing in cafes when she was 14. Were it not for her vocal career, she and Clouzot might never have connected.

“He met me when I was a little debutante working with Mistinguett,” the risqué and wildly popular actress and entertainer, Ms. Delair told The Times in 2002.

Clouzot attended a performance, heard Ms. Delair sing the hit “Valencia,” marked her name on the program and planned his return.

“The next time he came to the show,” Ms. Delair recalled in the same interview, “he waited for me at the exit, we went for a drink, and that lasted 12 years.” It was a romantic relationship as well as a professional one.

Ms. Delair’s movie career, which began in 1931 with “Un Caprice de la Pompadour” (“A Whim of the Pompadour”) and ended in 1976 with “Oublie-Moi, Mandoline” (“Forget Me, Mandoline”), was almost exclusively French. She was in “Pattes Blanches” (“White Paws,” 1949), a drama directed by Jean Grémillon; “Gervaise” (1956), René Clément’s adaptation of an Émile Zola novel; and “Les Aventures de Rabbi Jacob” (“The Mad Adventures of Rabbi Jacob,” 1973), Gérard Oury’s crime comedy, in which she played an excitable, grotesquely overdressed dentist chasing down her runaway husband.

Her final screen appearances were on French television series in the 1980s. She continued to work in operetta.

Of her 35 feature films, one was Italian — Luchino Visconti’s 1960 “Rocco e i Suoi Fratelli” (“Rocco and His Brothers”) — and one was a French-Italian co-production, certainly one of the most unusual items in her filmography: Laurel and Hardy’s last film.

Stan Laurel and Oliver Hardy had been among the most successful comedy teams of the 1920s and ’30s. But their career was on the wane when they starred in “Atoll K” (1950), about a man who inherits a boat and a tropical island and sets off to start a new life with his best pal. Ms. Delair played a Navy officer’s runaway fiancée, who joins them. The film, shot partly in Marseilles and on the Côte d’Azur, was plagued by script trouble, cast illness and assorted production nightmares.

Finally released in the United States in 1954 as “Utopia,” it was often relegated to double-feature bookings. Ms. Delair had doubts about the project and accepted the role only with certain conditions, including a personal makeup artist, a personal hairdresser and costumes by the star designer Jacques Fath.

Other encounters with famous men turned out more favorably. On Feb. 28, 1948, Ms. Delair was singing at the Hotel Negresco in Nice. One man in the audience, Louis Armstrong, particularly loved a new number she did: “C’est Si Bon.” Two years later he recorded an English version, and the song became an international classic, recorded by artists from Eartha Kitt to Iggy Pop.

In France, Ms. Delair was best known for another song, “Avec Son Tra La La,” which she performed in “Quai des Orfèvres.” Several European publications mentioned it in the headline or the first paragraph of their obituaries.

She wasn’t a particular fan of the song, however. As she told The Times in 2002, “I always preferred the other song in the film — ‘Danse Avec Moi.’”

Ms. Delair was made an officer of the Legion of Honor in 2007. Information on survivors was not immediately available.

Before moving to the retirement home, Ms. Delair had lived in the same house on the Left Bank of Paris since 1946. She stayed busy, dealing with what many older people face.

“I don’t have a moment to myself,” she told the celebrity newsmagazine France Dimanche in 2010, when she was 92 and preparing to spend the summer in Brittany. “I answer my mail, and then I throw things out, I organize things, I give things away, and I tear things up.”

Ms. Delair had a reputation as somewhat difficult, but she defended herself in a 2017 article in the same publication. She was not a person of “bad character,” she said.

“When I act, I always worry about being perfect,” she explained, and as a result “people find me irritating.”