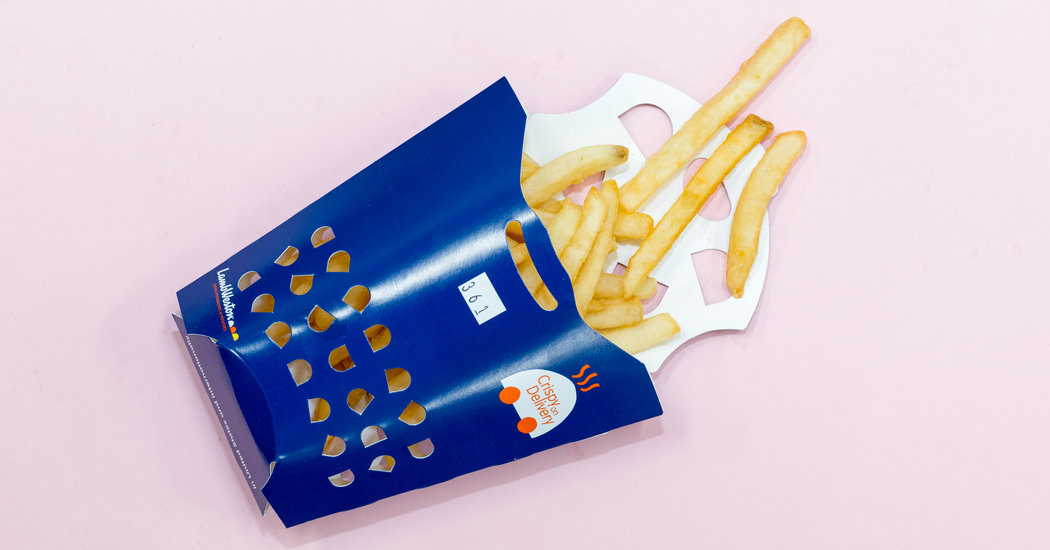 A potato paucity is upon us, and French fry aficionados are worried.

Multiple news headlines this week have warned of a “possible French fry shortage” this year after a weaker harvest for many potato farmers in the United States and Canada.

But experts say French fry consumers probably shouldn’t worry too much, because producers of this particularly popular fast food side can find ways of meeting demand.

“Don’t panic about the French fries,” said Frank Muir, the president of the Idaho Potato Commission. “You can still go out and order them like you normally do.”

It’s true that this has been a difficult year for some farmers. Winter came early for many in Canada and the United States, said Kevin MacIsaac, the general manager of the United Potato Growers of Canada. Acres of crops froze underground and were ruined.

He said that about 18,000 acres of Canadian potato farmland would not be harvested this year, adding that he had spent more than three decades in the potato industry and could recall only one year similar to this one: 2018.

“Last year was the first year we really experienced anything of this scale,” he said, adding that harvests were even worse in 2019, and that Manitoba and Alberta, the second- and third-highest potato-producing provinces, had been hardest hit. (The first, Prince Edward Island, a maritime province in the east, was doing a little better than it did last year.)

The weather was worse for fries than for other products, like fresh potatoes or chips, because the potatoes used for fries are often harvested a little bit later in the year and were more likely to be exposed to that fatal chill, Mr. MacIsaac said.

Potato production was down in the United States, too. The Department of Agriculture’s National Agricultural Statistics Service said in a report last month that American potato production in 2019 was forecast to be down 6 percent from last year.

The report said that farmers in Idaho reported losses because of freezing temperatures in September and October; growers in Washington State had quality concerns because of freeze damage; and prolonged wet conditions hampered the harvests in the Red River Valley of North Dakota.

But Mr. Muir said that by the time frost crept into Idaho this autumn, about 85 percent of the state’s crop had already been harvested. That was 13 billion pounds of spuds, down from about 14 billion pounds last year.

North America does not have a monopoly on potato production. According to the Food and Agriculture Organization of the United Nations, the three biggest potato producers in 2017 were China, India and Russia. The United States was fifth, after Ukraine, and Canada did not crack the top 10.

Still, fries are largely a North American product. Two of the biggest French fry producers on earth, Lamb Weston and J.R. Simplot, have headquarters in the United States; two more, McCain and Cavendish Farms, are based in Canada.

Josh Jordan, a spokesman for Simplot, said the company had been able to meet demand so far. “We’re not doing anything significantly different this year, other than knowing that we’re going to have to ship potatoes to our more northern facilities from others that haven’t been impacted as much,” he said.

Lamb Weston did not immediately respond to a request for comment. Nor did representatives of McDonald’s or Wendy’s.

Mr. Muir said that the companies that process French fries had sophisticated, temperature-controlled supply chains and could use inventory to meet consumer demand if some harvests fail. “They can hold those potatoes once they’re processed for a pretty long period of time,” he said.

Mr. MacIsaac said that although the shortage was significant and the demand for fried potato products had been rising in recent years, it was unlikely that people would feel the shortage at their favorite fast food spot. “I think the consumer will not see a period of time where there’s zero product in the marketplace,” he said.

So the fries are there. Whether you eat them is up to you. Health experts say that French fries have a high glycemic index and few nutrients, and that it might be a good idea to keep serving sizes small.