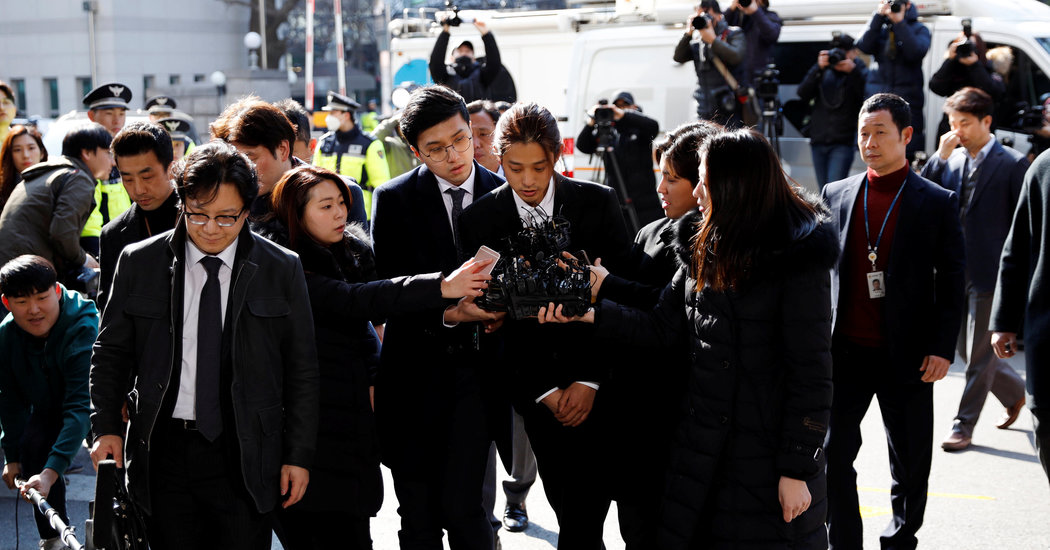 SEOUL, South Korea — Two K-pop stars were sentenced to prison on Friday for raping women who were too drunk to consent to sex, and one of the men was also convicted of making videos of the assaults and sharing them with friends online.

The Seoul Central District Court sentenced the singer-songwriter Jung Joon-young, who recorded and shared the videos, to six years in prison. His friend Choi Jong-hoon, a former boy band member, was sentenced to five years.

“The accused perpetrated sexual crimes against multiple women, degrading women and treating them as mere tools of sexual pleasure,” Judge Kang Seong-soo said in his verdict​ on Friday​. “It’s hard to fathom the pain the victims must have​ suffered.”

During their trial, Mr. Jung and Mr. Choi​, both 30,​ said that the sex acts, which took place in 2016, had been consensual. But the court ruled that the women had been drunk and unable to resist. The court has not said how many victims there were.

Both men broke into tears as they were escorted back to jail after the sentencing, the news agency Yonhap reported. They have a week to appeal.

The police began investigating the matter early this year, after it was reported that Mr. Jung, along with other members of an online chat group, had bragged about drugging and raping women​ and had shared ​surreptitiously recorded videos of assaults.

The police have not said who originally came forward with the information, citing regulations meant to protect whistle-blowers. But South Korean news outlets have reported that it was a worker at a shop where Mr. Jung sent his smartphone in hopes of retrieving lost data.

K-pop, a major South Korean cultural export, has recently been plagued by scandals. Lee Seung-hyun, a former member of the K-pop group Big Bang who is better known by the stage name Seungri, is being tried on charges of providing prostitutes for foreign businessmen​ in a nightclub.

Two female K-pop stars, Sulli and Goo Hara, have killed themselves in the past two months. Both had been victims of cyberbullying.