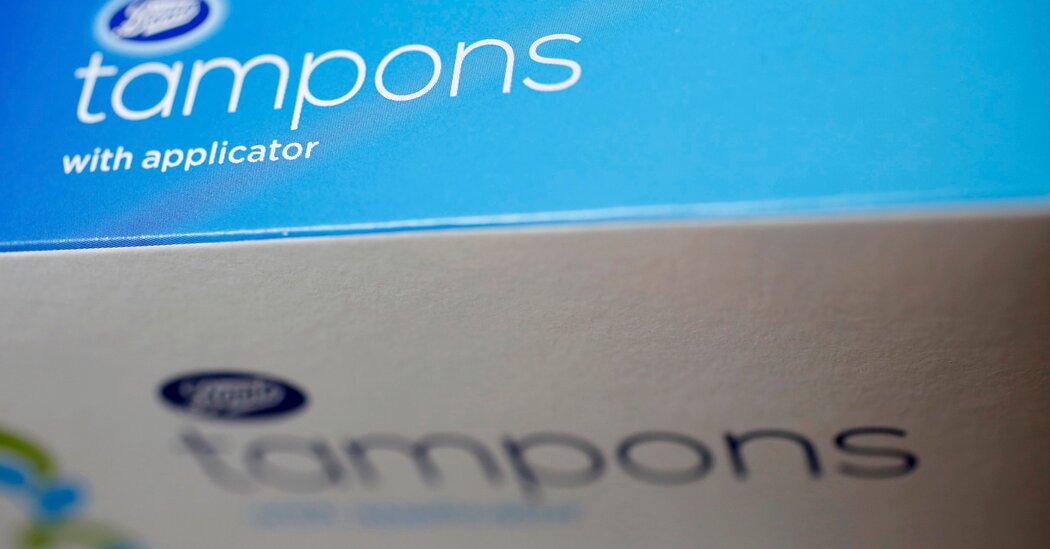 Britain is the latest of several countries to get rid of the tax in recent years.

Britain on Friday became the latest country to transform its measures on sanitary products by abolishing the so-called tampon tax, no longer classifying the products as nonessential and eliminating extra costs that many have criticized as sexist.

The tax, a 5 percent value-added rate on sanitary products such as tampons and pads, is the minimum required for members of the European Union, which classifies those goods as nonessential.

“I’m proud that we are today delivering on our promise to scrap the tampon tax,” Chancellor Rishi Sunak of the Exchequer said in a statement. “Sanitary products are essential so it’s right that we do not charge VAT.”

With Britain’s split from the European Union this week, the tax was abolished, the government said.

Facing public pressure in 2016 after a Change.org petition for abolishing the tax gained more than 300,000 supporters, David Cameron, who was then prime minister, in turn pressured the E.U.

The E.U. said it would give its members the option to remove the tax, but that plan never came to fruition.

Many women’s rights activists have denounced the government for characterizing the abolishment of the tax as a positive outcome of Brexit. Some said that Brexit served as a distraction for the cause and that the tax could have been eliminated through the E.U.

“It’s been a long road to reach this point, but at last, the sexist tax that saw sanitary products classed as nonessential, luxury items can be consigned to the history books,” Felicia Willow, the chief executive of Fawcett Society, a charity that supports gender equality and women’s rights, said in a statement.

The abolishment of the tax is part of a wider government initiative to end “period poverty” and make period products accessible to anyone regardless of financial constraints.

Research released in May from Plan International U.K., a children’s charity, found that three in 10 girls ages 14 to 21 struggled to afford or get access to sanitary products during the coronavirus lockdown.

In 2015, the government established the Tampon Tax Fund, which allocated 47 million pounds raised from the tax on period products to charities working with vulnerable women and girls.

In January 2019, Gemma Abbott, the director of the British nonprofit Free Periods, said the group had started a campaign threatening the government with legal action, saying a lack of access to menstrual products affected a child’s educational experience.

Ms. Abbott said she and Free Periods were trying to hold the government accountable for the initiative, especially about funding it and getting more schools and colleges to sign up.

Over the last few years, governments around the world have revised measures on sanitary products.

In November, Scotland became the first country to make period products available for free. Last year, Germany officially changed its stance on menstrual products by declaring them essential, and reducing their tax rate after they had long been classified as “luxury goods.”

Australia, which also once considered the products a “luxury,” and Canada, India and Malaysia have also abolished the tax.

Women’s activists were overjoyed at the news in Britain on Friday. But some said there was still work to be done, including supporting other international petitions and getting free period products placed in public buildings across Britain, similar to what Scotland has done.

The battle to abolish the tax started in 2014 with a petition by Laura Coryton, and included Ms. Coryton hand-delivering her petition to a government office in 2016, she said in an interview on Friday.

The petition led to public pressure and showed how influential online campaigning can be.

“It’s really, really hard for a government to ignore that many people,” Ms. Coryton, 27, of London, said. “I never thought it would be successful because it’s about taxation and menstruation, not very popular topics.”