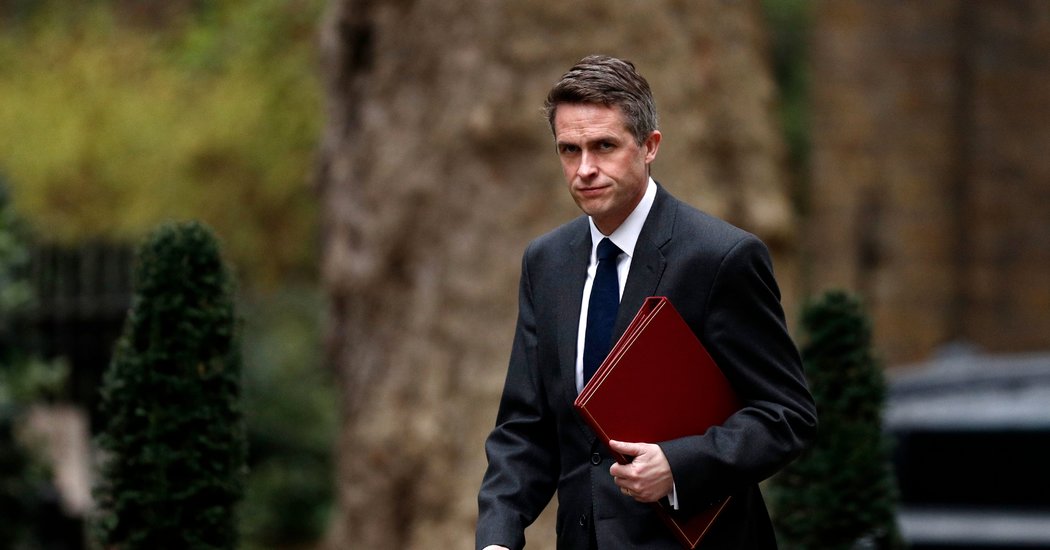 LONDON — The British police said on Saturday that a leak that led Prime Minister Theresa May to abruptly fire her defense secretary, Gavin Williamson, this past week did not constitute a crime and they would not investigate the matter.

“No crime has been committed and this is not a matter for the police,” Assistant Commissioner Neil Basu, head of special operations at the Metropolitan Police, said in a statement, after calls from Mr. Williamson and some lawmakers for an investigation.

“I am satisfied that the disclosure did not amount to a criminal offense, either under the Official Secrets Act or Misconduct in a Public Office,” Mr. Basu wrote in the statement.

Mr. Williamson has denied leaking discussions from Britain’s National Security Council and had called for a police investigation to clear his name. Having led Mrs. May’s campaign to become the leader of the Conservative Party, he was reported to have had leadership ambitions of his own.

The leak, seen as one of the most serious government information breaches in recent memory, came at a sensitive time for Mrs. May’s government, already battered by the dispute over how to deliver the country’s departure from the European Union, known as Brexit.

It formed the basis of a report in The Daily Telegraph that said Mrs. May had overruled objections from Mr. Williamson and other senior members of the National Security Council over whether Huawei should be involved in building next-generation, 5G cellular data infrastructure.

The United States and some of its allies have expressed security concerns about network equipment from Huawei, a Chinese company that has become the world’s largest maker of telecommunications equipment. In March, a British report endorsed by the nation’s cybersecurity agency found “significant” security problems with the company’s equipment, concluding that those defects could pose a national security risk.

The White House has accused the company of spying and sabotage on behalf of Beijing, but allies including Germany and Britain have refused to rule out working with Huawei so far.

Although Mr. Williamson has denied leaking information, he has not denied that he had an 11-minute phone conversation with the writer of the article on the day of the leak.

There was no immediate reaction from Mr. Williamson on Saturday.

But on Friday evening, he posted a picture on Instagram, posing with a McDonald’s meal and a broad smile.

“So the plan had been for dinner this evening with the U.S. Defense Secretary at Lancaster House,” he wrote in the post. “Obviously things change and you just can’t beat a McDonald’s.”