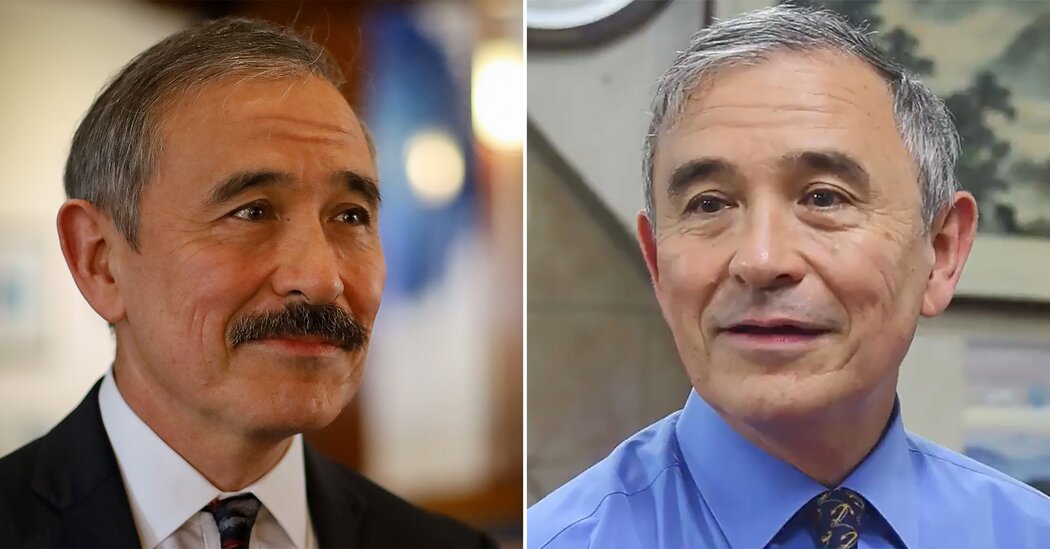 The mustache, a thick salt-and-pepper number neatly shaped into a chevron, had survived questions, protests and even Photoshopped ridicule. But it has met its match: the long, sticky days of a Korean pandemic summer.

At least that was the account given last week by the American ambassador to South Korea, Harry B. Harris Jr., as he walked into a Seoul barbershop. He sat down for a clean shave of a bit of facial hair he had held fast to for two years, even as it threatened to escalate diplomatic tensions.

Some in South Korea had viewed the mustache worn by Mr. Harris, a Japanese-American, as a distasteful reminder of those worn by the colonial Japanese governors who ruled Korea from 1910 to 1945, a period that holds traumatic memories on the peninsula.

Mr. Harris long maintained that he meant no disrespect with his mustache, which he said he had grown for his retirement as a Navy admiral. This weekend, though, he said that the facial hair had become intolerable under the masks he had been wearing in the muggy heat.

“For some people, they can wear a mask and have a mustache or a beard. But for me, it’s just uncomfortable in this heat, and I have to wear a mask,” Mr. Harris said in a video posted on Saturday by the U.S. Embassy.

The video, which showed him bumping elbows with a barber in a traditional wood-paneled shop before settling in for his shave, was produced in the style of a cheerful game show, punctuated by dramatic sound effects and captions in bubble font.

Draped in pink towels, Mr. Harris rolled his eyes to comic effect when the barber dipped his black leather seat backward and brought a pale green razor to his face.

“Glad I did this. For me, it was either keep the ‘stache or lose the mask,” Mr. Harris wrote in a tweet on Saturday.

Mr. Harris, who was born in Japan to a Japanese mother and an American Navy officer, became ambassador to South Korea in 2018.

One of the first questions he was asked upon landing in the country was about his mustache, with some South Koreans wondering if it was a calculated insult. In 2019, demonstrators protesting the cost of hosting U.S. troops in South Korea held placards with Photoshopped cat whiskers on his face.

In an interview with The Korea Times in December, Mr. Harris said that the mustache reflected his new life as a diplomat after a four-decade career in the Navy that required him to be clean-shaven at most times.

Asked at the time whether he would shave in order to improve his relationship with South Koreans, he said he would keep the facial hair.

“You would have to convince me that somehow the mustache is viewed in a way that hurts our relationship,” he said.