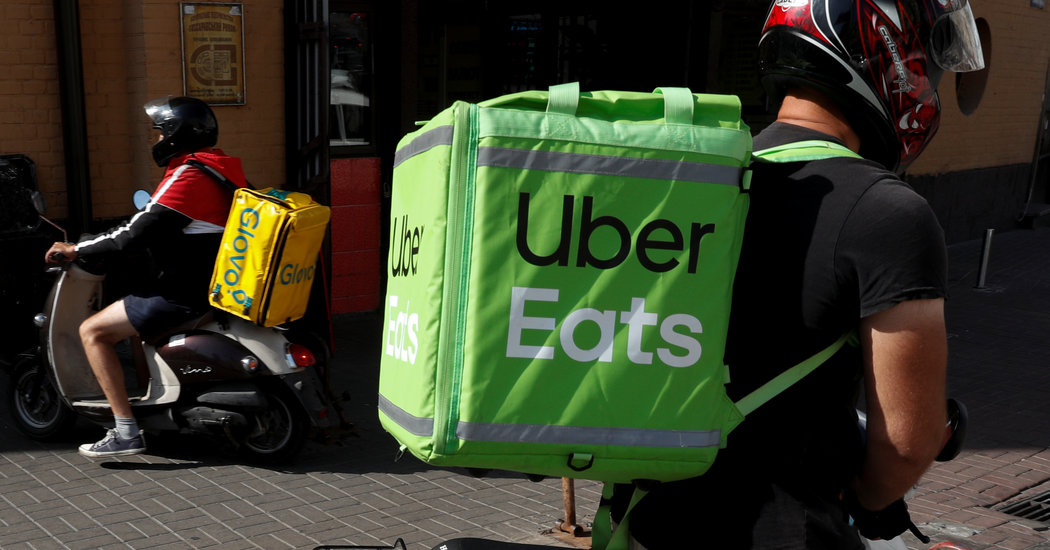 SAN FRANCISCO — Uber has acquired a majority stake in the grocery delivery start-up Cornershop for an undisclosed sum, the company announced on Friday, as it seeks to build its food delivery business.

The company has looked to expand beyond ride-hailing, particularly since its troubled debut on the public markets in May. Although the growth of its core business has slowed, Uber is building its food and freight delivery businesses, as well as expanding into bicycle and scooter rentals.

Cornershop is active in Chile, Mexico, Peru and Canada, and Uber plans to add other markets, including the United States.

“We’re excited to partner with the team at Cornershop to scale their vision, and look forward to working with them to bring grocery delivery to millions of consumers on the Uber platform,” Dara Khosrowshahi, Uber’s chief executive, said in a statement.

Cornershop, which was founded in 2015, has been up for sale before. Walmart tried to acquire it for $225 million in 2018, but Mexican antitrust officials blocked the deal in June. A Cornershop co-founder, Oskar Hjertonsson, announced the collapse of the acquisition on Twitter, advising his social media followers to keep calm and continue ordering avocados. Uber’s deal is pending regulatory approval.

“Uber is the perfect partner as we embark on our quest to bring our unique flavor of on-demand groceries from incredible retail partners to many more countries around the world,” Mr. Hjertonsson said in the statement.

Uber has long dabbled with the notion of transporting goods and items. In the past, under its co-founder and former chief executive, Travis Kalanick, the company experimented with a division called Uber Everything. Born from that, Uber Rush was the company’s attempt at an on-demand courier service.

The logistics and financial side never worked out, however, and Uber closed Rush and scaled back some of Uber Everything’s ambitions.

But the Uber Everything team found a bright spot in food delivery, matching restaurant takeout orders with drivers and bike messengers who work for Uber. That initiative became Uber Eats, one of the company’s sources of revenue growth.

To date, Uber is losing millions pouring money into expanding Uber Eats, largely because it is subsidizing the costs of the service to gain market share and fend off many competitors, such as DoorDash and GrubHub.

It is unclear how the math will work for Uber’s grocery delivery goals. In the United States, the competition will include Instacart, a start-up backed by blue-chip Silicon Valley venture firms, as well as Amazon, which gained an enormous footprint in groceries with its acquisition of Whole Foods in 2017.