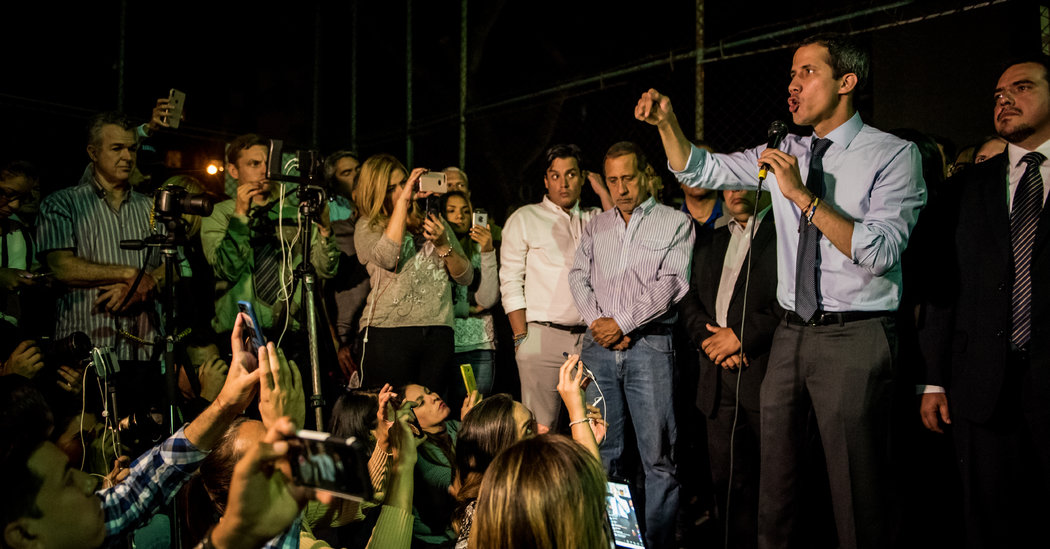 The move by the Constituent Assembly represents the government’s latest effort to raise the pressure on Mr. Guaidó, who declared himself interim president in January in the biggest challenge that Mr. Maduro has faced in six years in office.

In recent weeks, the government has barred Mr. Guaidó from traveling, frozen his bank accounts, begun investigating him on terrorism accusations, and prohibited him from running for office.

But thus far the government has stopped short of detaining Mr. Guaidó. The United States has repeatedly said that any attack on Mr. Guaidó would draw a severe reaction.

Mr. Guaidó has brushed off legal challenges from the government in the past, going so far as touring South American capitals despite the travel ban. The opposition does not recognize the Constituent Assembly, a sort of parallel congress created by Mr. Maduro two years ago as a means of circumventing the opposition-controlled National Assembly.

“The regime believes that by attacking me, they will stop us,” Mr. Guaidó told supporters outside his house on Tuesday night. “There’s no way back in this process.”

Venezuela’s intensifying political battle is unfolding amid an electrical crisis that has led to almost daily blackouts in most major cities since early March. Lights went off in parts of the capital, Caracas, minutes after the Constituent Assembly’s vote.

On Tuesday the government announced that it would introduce national power rationing in peak hours until further notice.