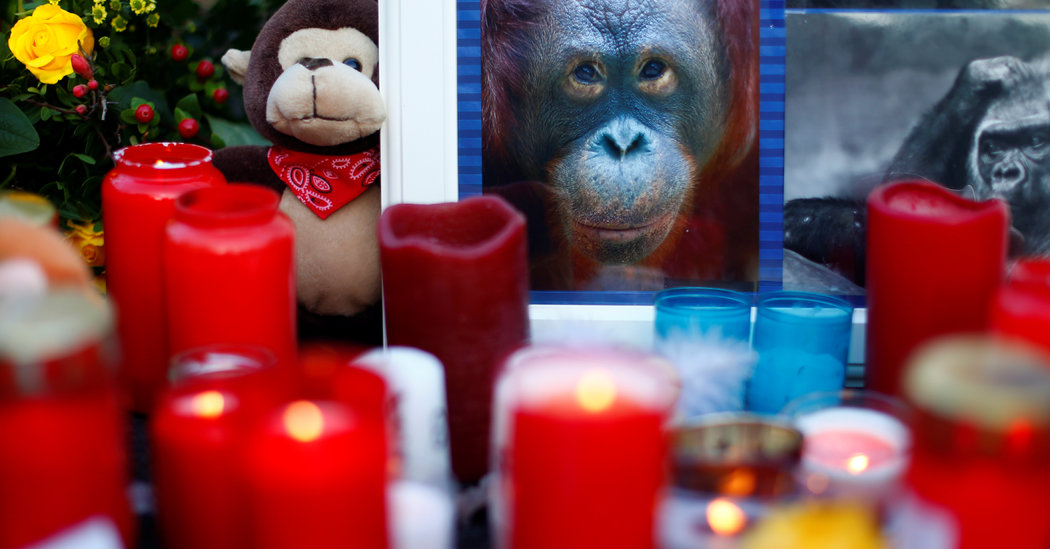 Dozens of animals were killed in a fire that started shortly after midnight on New Year’s Day and burned down a monkey enclosure at a zoo in Krefeld, Germany. Local officials said the blaze might have been caused by flying lanterns.

Krefeld Zoo said on its Facebook page on Wednesday that the fire had gutted the enclosure, calling it an “unbelievable tragedy.” Hours later, the zoo said only two apes had survived and were slightly injured.

“The chimpanzees Bally and Limbo miraculously survived the devastating fire,” the zoo said.

Karin Kretzer, a spokeswoman for the North Rhine-Westphalia Police Force in Krefeld, said that at least 30 animals had died and that officials were still investigating the exact toll and cause of the fire. She said no humans had been reported injured.

She said the blaze was reported around 12:40 a.m. local time and might have been caused by flying lanterns, which she said were forbidden in Germany but were still sometimes used by people celebrating New Year’s Eve. Three lanterns were found near the scene of the fire, she said.

The zoo’s website shows that its Great Ape House was home to orangutans, chimpanzees, lowland gorillas, rodents, marmosets and birds. Visitors to the house, which covered about 21,000 square feet, could view the apes across a dry trench.

That house was separate from another enclosure for lowland gorillas, which were not hurt by the fire.

Zoo employees could not be reached on Wednesday. On Facebook, the zoo said it would not be open on New Year’s Day and thanked people on social media for an “overwhelming wave of compassion and assistance.”